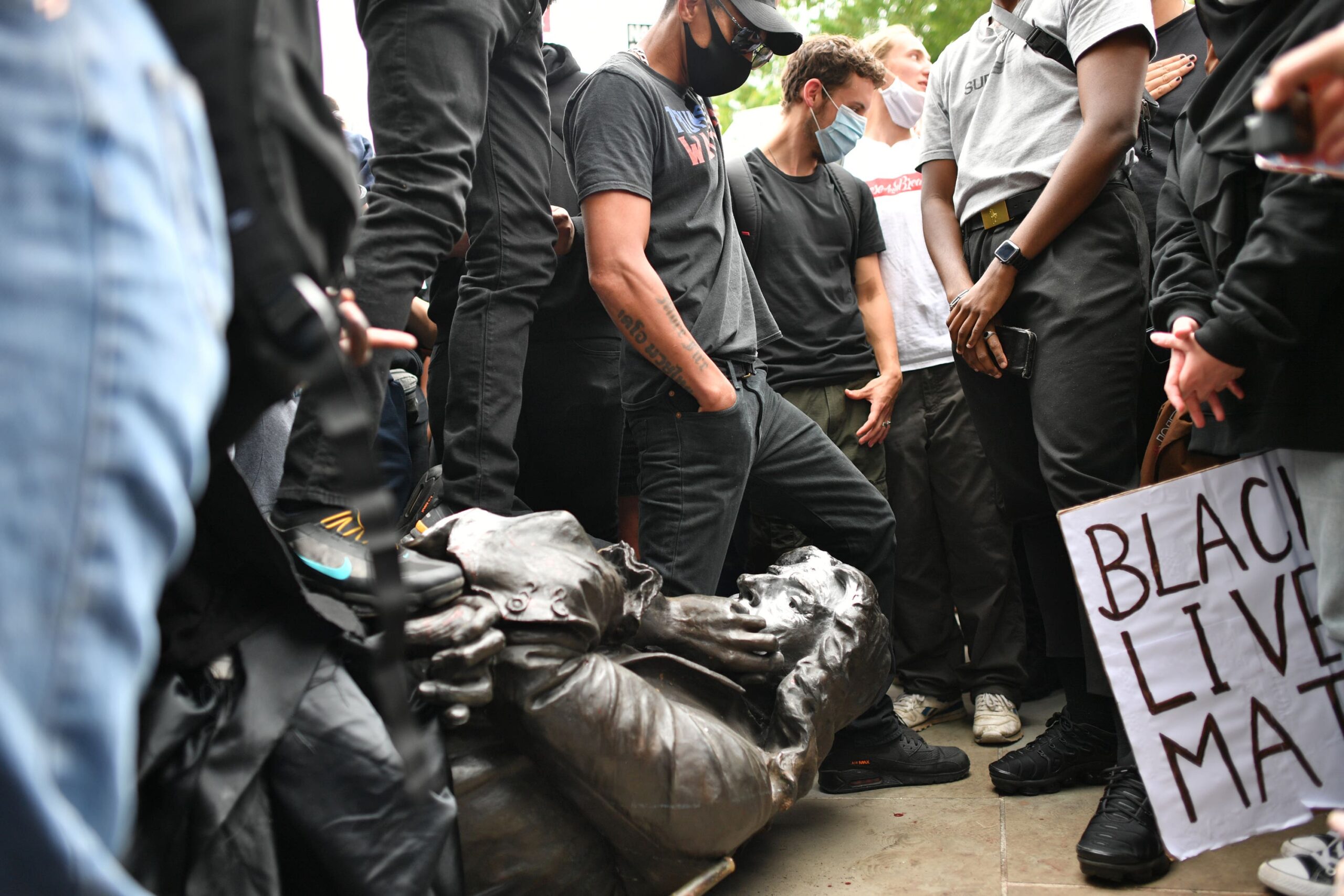 Should historical statues remain in place?

Following the trial of Derek Chauvin this week, we look again at the controversial focus on removing historical statues and artefacts from display.

During global protests following the killing of George Floyd in the United States last June, a memorial to slave trader Edward Colston was toppled by demonstrators in Bristol.

In the wake of these protests Boris Johnson expressed his dismay at the growing focus on removing statues and recently Sir Nicholas Serota, Chairman of Arts Council England has stated that historic statues should stay in place despite the controversy, but artefacts could instead be reinterpreted.

Sir Nicholas Serota added: “As far as the current Government policy is concerned on such things, we would support the notion of retaining works in place.

“Within museums… works move all the time and are constantly reinterpreted and we would therefore support that interpretation where it feels appropriate or a new scholarship emerges,” he told the Digital, Culture, Media and Sport Committee.

The British Museum previously said that it has “no intention of removing controversial objects from display” – after it was one of many institutions, including Tate galleries, Imperial War museums, National Portrait Gallery, National Museums Liverpool, and the Royal Armouries, to receive the warning letter.

It had redisplayed its bust of Hans Sloane, its slave-owning founding father, juxtaposing it with objects to reflect the fact that Sloane’s collection was created in the context of the British Empire and the slave economy.

Do you believe that memorials to controversial historical figures should be removed completely? Do you think that removal risks eradicating our past, be it good or bad? Or do you think they can be displayed alongside information that will give a greater understanding of the era in which they lived?