Menu
Articles
Articles Speakers CornerWhat irritates you the most about mobile phone users? 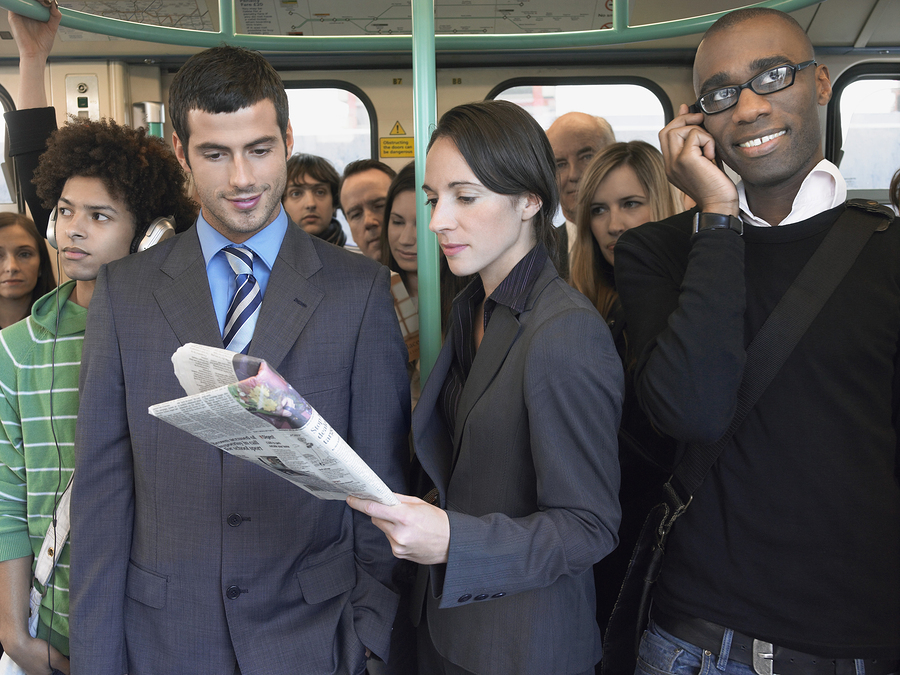 What irritates you the most about mobile phone users?

Talking loudly on public transport has been voted the most common annoying mobile phone habit by the over 55’s with 79% of votes. This beat ‘friends who continue to use their mobile in social situations’ with 73%.  These figures were revealed in a new online survey of over 2000 UK adults by www.mobiles.co.uk,

• Constantly being invited by people to play mobile phone games (37%)

Have you got anything else to add to this list?  What mobile phone users’ irritating practices bug you?

Which annoys you the most?

298 people have already voted, what's your opinion? People talking on phones loudly on public transport Use of mobiles in social situations

celtwitch
15th Apr 2015
0
Thanks for voting!
I was out hill walking one day when I saw a young woman coming towards me. Hill walkers are a friendly bunch of people who will always greet each other when out in the wilds, even when they have never met before.
I was about to give the lass a cheery 'hello' when she produced her phone and proceeded to write a text, she walked past me, head down and apparently oblivious to my presence. Strange.
ReplyFlag as inappropriate

countrylass
2nd Mar 2015
0
Thanks for voting!
How did we manage before mobile phones?? Get a life, few things are that important that you have to be constantly glued to and updated by and from your mobiles. Turn it off and live in the present. Relax!!
ReplyFlag as inappropriate

Plumsteadpal
2nd Mar 2015
0
Thanks for voting!
People walking while using mobile phones makes me mad and when you see people doing that while crossing the road, i just wonder if they know what they are doing..
ReplyFlag as inappropriate

SovereignInventory
2nd Mar 2015
0
Thanks for voting!
The main problem I have is the constant use of mobiles by people (mainly younger men) whilst driving. The Govt must look at the possibility of an instant driving ban if caught driving whilst using a mobile phone. The current fine system is not working and is not enough of a deterrent.
ReplyFlag as inappropriate

tel-boy
9th Feb 2015
1
Thanks for voting!
I have a mobile phone on Pay as you go. I put £10 on it 2 years ago and only use it to find my wife in Sainsbury's whilst shopping after I have parked our car. I still get messages and calls from companies I don't know, "Have you worked in a noisy environment" for instance, "yes but I am hearing you OK" or "You have reached someone who is deaf, will you please shout as loud as possible."
They then just end the call,
ReplyFlag as inappropriate

mercury
6th Feb 2015
1
Thanks for voting!
I think it's their unfounded belief that everyone within earshot is remotely interested in their drivel, which they deliver in an intrusively loud voice just to make sure none of it is private.
ReplyFlag as inappropriate

wiffler
6th Feb 2015
2
Thanks for voting!
Walking along minding your own business, you hear someone speak, so you turn around and say pardon, then realise they are speaking to someone on their phone. Apart from being embarrassed it's annoying. People walking along speaking into their phones, what's so important that they must speak now. Everyone in their own little worlds.
ReplyFlag as inappropriate

pieinthesky
6th Feb 2015
2
Thanks for voting!
It appears to be an addiction. I wonder how a fair-sized family affords all latest new technology for every member.
ReplyFlag as inappropriate

Bazeley
30th Jan 2015
1
Thanks for voting!
I do think it's sad when a table full of people are all sat looking at their phones rather than each other. As for listening to conversations on public transport - I have to admit unintentional eavesdropping makes my train journeys go faster!
ReplyFlag as inappropriate

Baxi
30th Jan 2015
2
Thanks for voting!
I can't bear it when people text when they are walking - especially when crossing the road. They are oblivious to cars and who's fault would it be if they are hit???
ReplyFlag as inappropriate

annakay
29th Jan 2015
1
Thanks for voting!
When I see families in a restaurant, and all of them are sitting at the dinner table with phones in their hands, texting, or on social media.
Or in the cinema and the lights from their phones, while they are texting, distract me from the film.
ReplyFlag as inappropriate

Jo Kingham
29th Jan 2015
3
Thanks for voting!
I was on the train yesterday and this woman was shouting down her mobile phone for a good 5 minutes. It was a business call and one quite frankly that should have been done in private not for the whole train to hear. If you have to take an urgent call then whisper! most things can wait a few minutes until you get off the train can't they.
ReplyFlag as inappropriate

Robbinn
29th Jan 2015
2
Thanks for voting!
It was interesting to see that when I voted, the poll was almost neck-a-neck which agrees with my thoughts that mobile phones can get in the way in social situations AND be annoying on public transport.
Mobile phones are absolutely brilliant for many reasons but I do believe they are making people less and less polite. I have lost count of the times I have been bumped into because someone has their head down texting and didn't look where they were going; I refuse to have them on my dinner table where conversation is king, but I cannot make that rule at other tables.
I must live with it and try not to be a grouch when I see others consumed by their mobiles.
ReplyFlag as inappropriate

Binzi
29th Jan 2015
3
Thanks for voting!
People who insist on taking their phones into the theatre and sit texting or browsing the web, and then think it's okay to start taking photographs!
ReplyFlag as inappropriate

Archiebald
29th Jan 2015
2
Thanks for voting!
@Binzi
Yes I have noticed lots of people also taking pictures of their food in restaurants and sending to a friend...how the world is changing!
ReplyFlag as inappropriate

Munsterlander
27th Jan 2015
5
Thanks for voting!
I am fed up. Every time I see people they don't talk anymore, all they do is look at their phones ,this is not just kids it adults as well.

The art of conversation is gone.
ReplyFlag as inappropriate

Wilf
27th Jan 2015
3
Thanks for voting!
The problem is we probably all do both...I have been told on quite a few situations to "stop shouting" when I have been on buses, trains or generally outside and out and about. The problem is sometimes I cannot hear the person on the other end of the phone so I assume they cannot hear me and I shout.
ReplyFlag as inappropriate

Donna17
27th Jan 2015
4
Thanks for voting!
Don't like use of mobile phones in public places & social events!
ReplyFlag as inappropriate

Archiebald
27th Jan 2015
4
Thanks for voting!
People shouting on public transport on phones drives me mad. I go to London a couple of times a week and it takes an hour. Sometimes I get someone by me talking for 30 minutes and shouting in my ear and most of the time its not business its just a social call and to be honest I am not interested! I also hate it when I get someone with earphones in listening to music as all you can hear is beat, beat beat...not even the actual music!-Don't think we can change either...so rant over!
ReplyFlag as inappropriate

Donna17
27th Jan 2015
3
Thanks for voting!
@Archiebald
Like what you said
We can't change people but it doesn't mean we have to agree with all of this!
ReplyFlag as inappropriate

Archiebald
27th Jan 2015
3
Thanks for voting!
@Archiebald > @Donna17
Agreed Donna...I think people should be a bit more considerate..maybe more "quiet" carriages on the railways. Heard they are talking about putting mobile signals on the tube...no peace at all then!!!
ReplyFlag as inappropriate

Are you worried about climate change?
JOIN SILVERSURFERS AND...