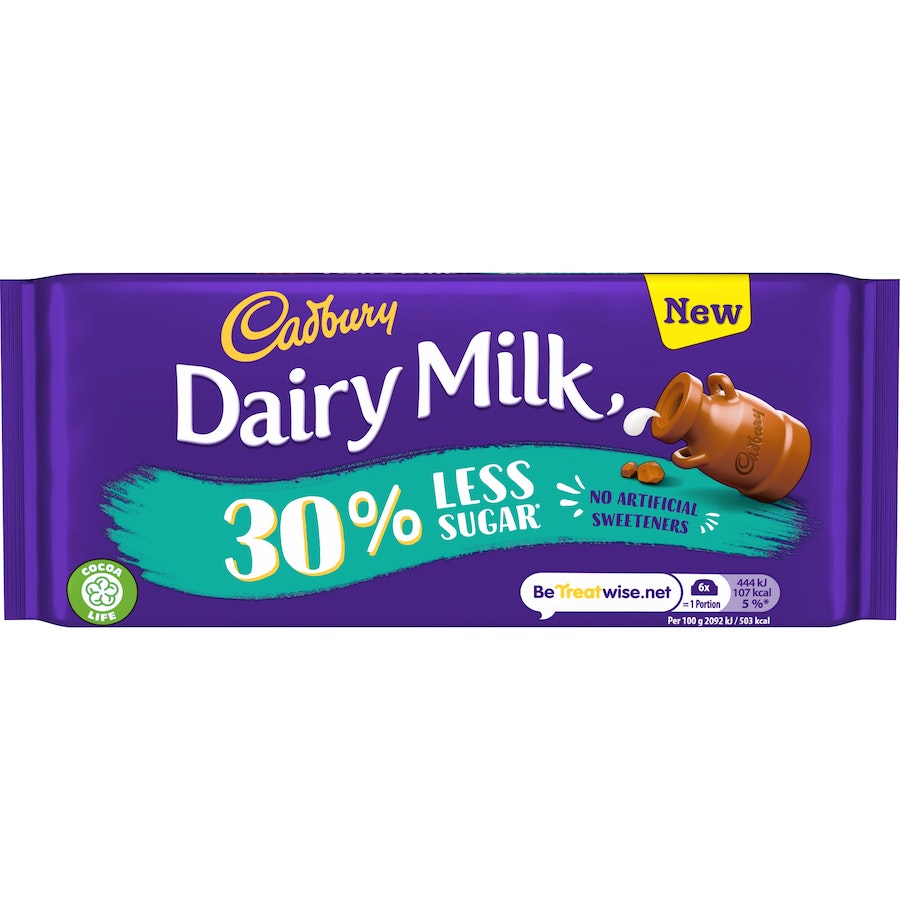 A new version of the Cadbury Dairy Milk bar containing 30% less sugar has gone on sale as part of industry efforts to respond to the obesity crisis.

Cadbury owner Mondelez International has described the new bar as the “most significant innovation in the brand’s history” amid similar sugar reduction plans for other lines such as Oreo and Maynards Bassetts Wine Gums and Jelly Babies products.

The new Dairy Milk bar sits alongside the original on shelves and offers consumers greater choice and help to manage their sugar intake, the company said.

Some of the sugar has been replaced with fibre to maintain the original’s structure and texture, but Mondelez has described the taste of the new bar as “incredibly similar”.

A team of 20 scientists, nutritionists and chocolatiers worked for almost two years at the firm’s Reading and Bournville facilities to cut sugar without adding any artificial sweeteners, colours or preservatives.

The firm announced the new bar last year, the month after the Government unveiled the second phase of proposals to halve childhood obesity by 2030.

Cadbury brand manager Katrina Davison said: “We’ve recognised that there is an increasing trend for people wanting to manage their sugar intake and that’s why we have worked tirelessly to create a Cadbury Dairy Milk bar with 30% less sugar, which stills tastes great.”

What do you think? Will you try Cadbury’s new diet chocolate bar? Or is it best to simply enjoy the original in moderation? Share your views at Speakers Corner.