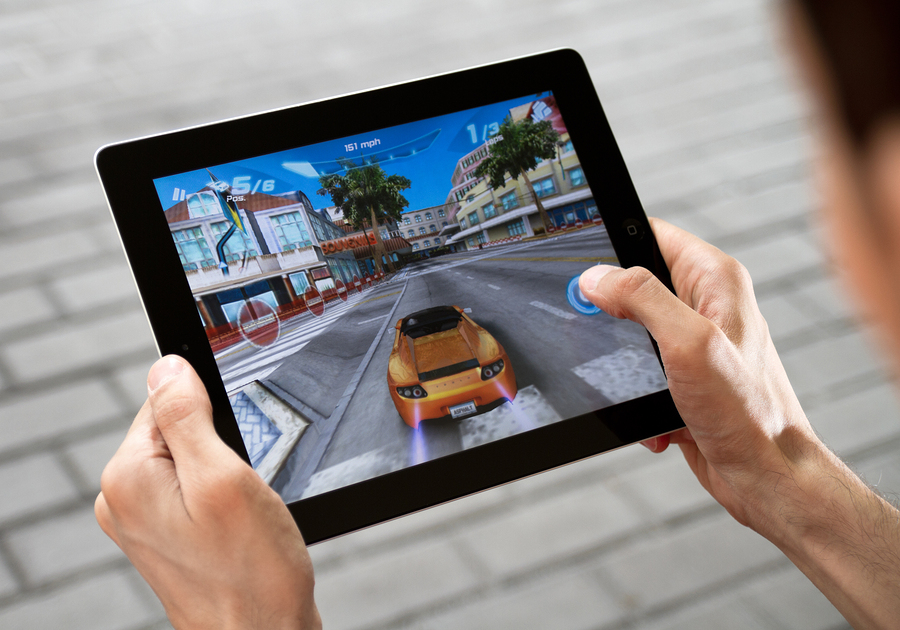 5 great games for your tablet

From humble beginnings in the 1970s, computer games have quickly risen through the years to become one of the most popular and lucrative of any entertainment medium with the major contributing factor being the growing trend in mobile gaming on tablets and smart phones.

What used to be a bit of fun has become an accepted part of anyone’s relaxation time and with and estimated 29% of gamers being over 50 it’s no longer just for kids.

So if you’re looking for a new game for your tablet or iPad here are five great choices that will keep you glued to the screen.

Like Pong, Tetris and Pac Man, Minecraft has moved beyond its confines as a game and has become a global brand and a worldwide phenomenon. The concept is simple, you start in a randomly generated world then set out to mine, scavenge and collect the materials that are scattered over the landscape to build yourself anything you can imagine, while battling or avoiding the dangerous creatures that inhabit the area.

Played by millions and even used in some schools to teach storytelling, geography and other subjects, everyone should play Minecraft at least once, but beware you may get hooked!

The most famous and arguably the best example of the ‘Endless Runner’ genre that has become popular on touch screen devices. The aim of the game is simple; you run, jump and slide for as long as you can, there is no stopping and no end, this may sound unrewarding but it’s one of the most addictive games on the market.

A homage to the pulp adventure stories of the 1930s, Temple run is an exciting jaunt through dense forests, crumbling ruins and even an Indiana Jones-inspired mine cart escape, it’s charming tone and cartoon-like visuals create a crisp and memorable experience.

A princess escaping a tower has been a fairy-tale staple for centuries but Monument Valley manages to spin the story in a different direction.

You play the silent Princess Ida who is trapped in surreal M.C Escher-inspired world of mind-bending structures that you must manipulate to guide her to freedom. It’s a beautiful and captivating journey and the game’s dream-like visuals and emotional content strikes a careful balance that will appeal to both casual and serious gamers alike.

One of the most charming and unique games available for any tablet; Monument Valley is a short but fantastic puzzler.

If you’ve ever dreamed of speeding around a circuit in a Lamborghini Sesto Elemento, you should look no further than GT Racing 2. More of a simulation than other racing games, here you’ll have realistic vehicle damage, physics and the ability to upgrade your car with some of the most spectacular graphics available on any tablet device.

There is heaps of content including 71 highly detailed models of some of the most prestigious cars in the world and 13 expansive racing tracks. There are also different gameplay modes including a campaign to become the best driver in the world and also the ability to race both computer and human opponents, guaranteeing that you’ll not run out of things to do.

Stunning and free, if you’re looking for a racing game, GT Racing 2 is a fantastic way to bring out your inner Lewis Hamilton.

A combination of visual novel and puzzle game, Device 6 is unlike anything you’ll have played before. You play Anna, a young amnesiac woman, who awakens on a deserted island. The story is told in prose accompanied with pictures and sounds and it’s this unique design choice that makes Device 6 a fascinating and enjoyable experience as the text leads you across the screen, creating an immersive world and an intriguing mystery.

A clever narrative told in a unique way, Device 6 is a great example of a game that could only be presented on a tablet. It has embraced the touch screen and shows that mobile gaming has a very bright future.

Do you have a favourite mobile game?