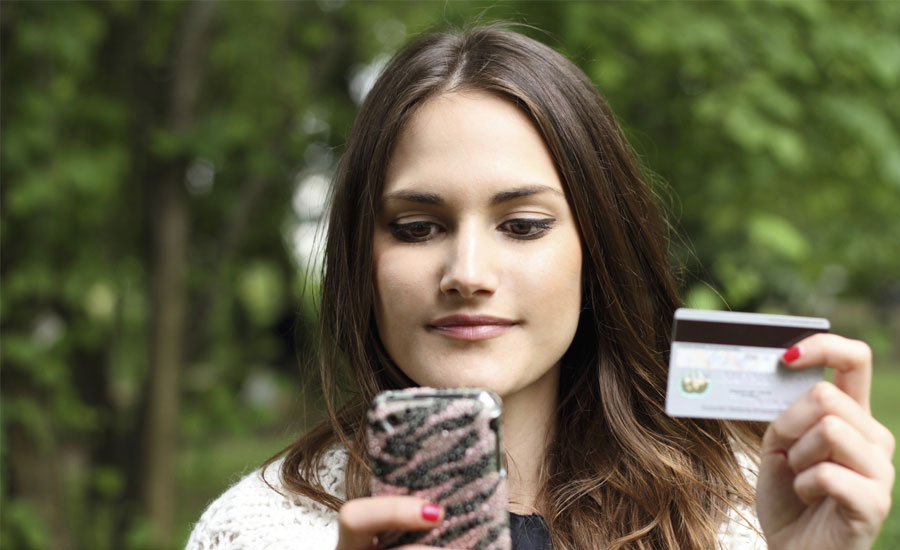 If you’re mulling over buying that dress/shoes/games console, do you reach for your tablet rather than hit the shops?

If so, you’re part of a fast-growing breed.

A string of new reports has shed light on how advances in technology are slipping so seamlessly into our routines we may not even realise how much we’ve come to rely on them for financial tasks which only a few years ago would’ve involved trudging into town.

Three quarters (74%) of Britons now turn to the internet to do their shopping, according to new figures from the Office for National Statistics (ONS) a figure which has leapt from just over half (53%) in 2008.

Clothing and sports goods are the most common online purchases, followed by household goods such as furniture and toys, travel arrangements like train tickets and car hire, booking hotel rooms and tickets for events.

Just over half (53%) of adults also now bank online, increasing rapidly from less than one third (30%) when similar ONS research was carried out seven years ago.

Convenience has had much to do with our changing financial habits, with more of us finding it easier to use technology “on the go”. As such, the numbers of people signing up to use mobile payment schemes are also seeing strong uplifts.

More than one million people have now registered for a new mobile payment service called Paym (pronounced “pay em”), which is being overseen by the Payments Council. Paym, which helps people to transfer money as easily as texting, was launched at the end of April and it picked up its one millionth user registration on July 31. The service is being launched across the industry in waves and by the end of the year, Paym will be available on more than nine out of 10 current accounts for people to use if they wish to.

Meanwhile, the use of contactless “tap and go” payments – contactless technology that allows people to pay for items worth up to £20 by swiping their card on a reader – is also seeing a sharp increase. The number of monthly contactless transactions has more than tripled in the last year, with consumers spending £146.1million using their contactless cards in May 2014, according to the UK Cards Association.

This growth of online purchasing and contactless technology also means more of us are turning to the plastic for the smaller payments, and the typical value of a purchase made by debit card payment in June was £43.70, 96p less than it was 12 months earlier. The average value of a payment made by credit card has fallen by £2.71 year-on-year to reach £60.13, according to the UK Cards Association.

The ONS figures show that around four million households in Britain have no internet access and only two in five (41%) households where one adult is aged 65 or over have an internet connection.

It’s also worth bearing in mind that the best deal isn’t necessarily online and sometimes it pays to make a trip to the shops.

But adds: “Of course we recognise internet banking isn’t for everyone, and that’s why across the country the bank branch network is being modernised to ensure all customers get the best possible service.”

Do you regularly use internet banking? Do you prefer to shop online or do you visit the shops mostly?