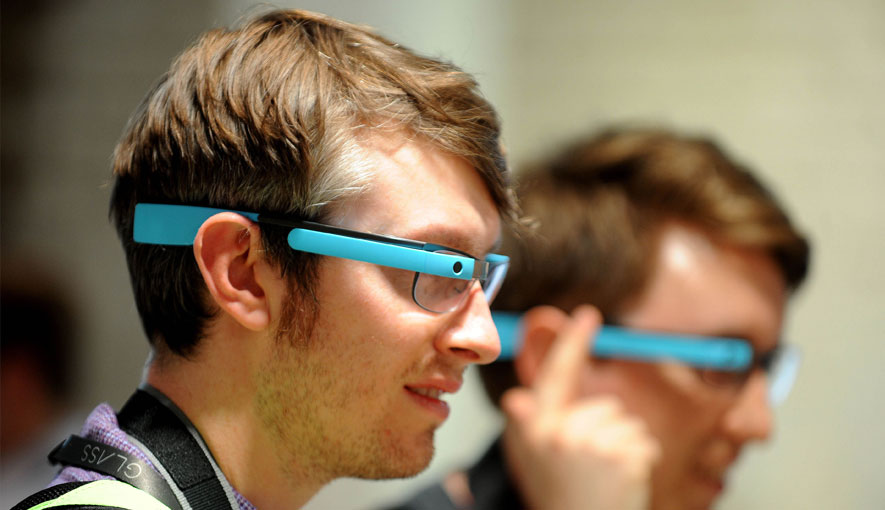 Google Glass has now been launched in the UK, cue the inevitable concerns about how the futuristic frames might infringe on privacy laws. Katie Wright reports

Google Glass launched in UK at the end of June, but already the wearable computer has generated as much controversy as it has hype.

Previously only available in the US, Glass is now on sale in the Google Play store (play.google.com) – but not to just anyone. You have to be over 18, a UK resident and able to stump up the £1000 asking price.

Even then, the product is still technically a prototype, as users are asked to join the Glass Explorer programme and feedback on their experience.

Once Explorers have got used to focusing on a display that hovers above their right eye (it can cause [actual] headaches at first) and hooked it up to their smartphone, they’ll be able to take photos and film video, get directions, read emails, send messages and more – all using voice commands. By uttering ‘OK Glass, record a video’ a wearer can film whatever they see in front of them.

And therein lies the problem.

The UK Information Commissioner’s Office (ICO) says that users of wearable technology could breach the Data Protection Act by filming secretly, but only if it’s for business purposes.

Go into a shop and use Glass to take a photo of a TV you want to buy and that’s not a problem, but if a mystery shopper films their retail experience and gets paid for it, that’s another matter.

Similarly, filming a cinema screen would be illegal for obvious reasons, and some cinemas have already announced they are banning Glass to deter movie pirates.

That could be a bit of an overreaction, though, as the battery runs out after just 45 minutes of filming.

The futuristic frames are also a no-no on the road, as it’s illegal to view a screen while driving. Unless, that is, the screen displays driving info, and Google has reportedly been in talks with the Department for Transport about making Glass safe for drivers in the future.

Right now, it’s not clear how many Explorers the Glass makers have managed to entice as Google hasn’t released sales figures, but for some Brits the barriers to buying are more about shallowness than safety. Wearing a computer on your face, however small, may be standard in Silicon Valley, but how does it look in Slough?