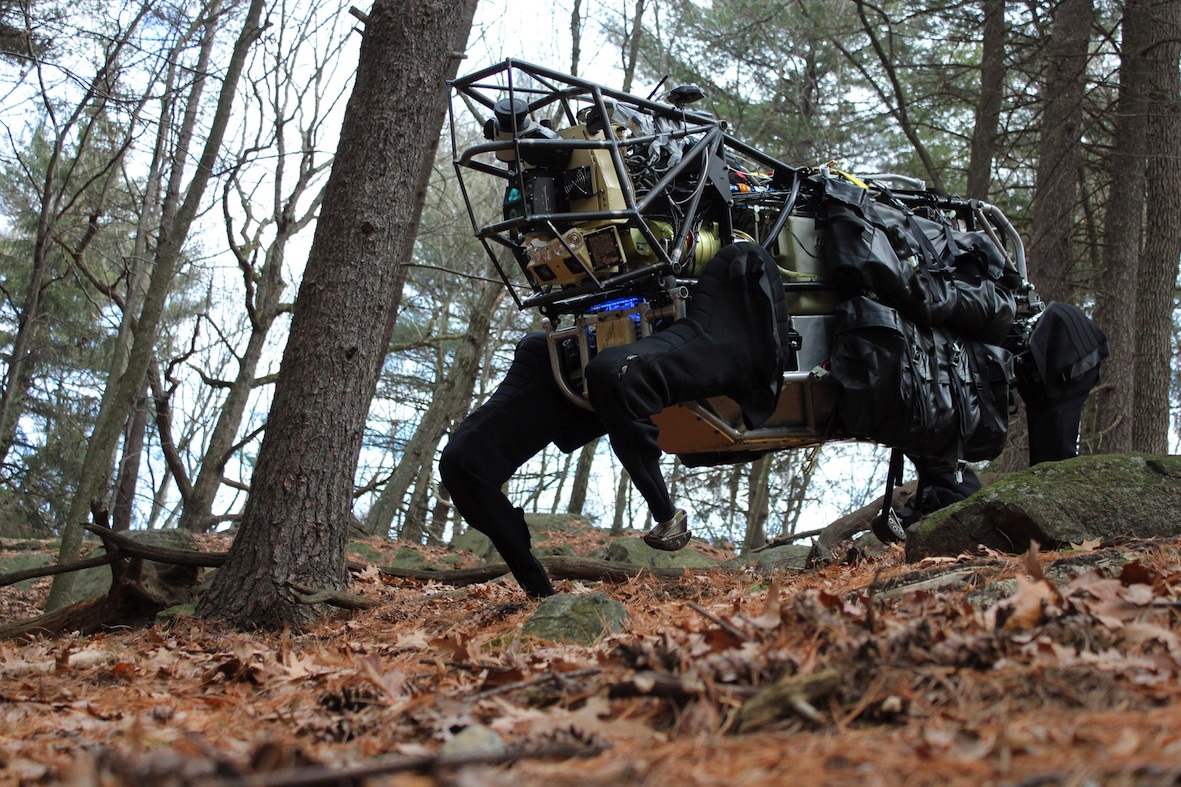 Just before 2013 was drawing to its close, Google went shopping and bought itself a new company: Boston Dynamics (www.bostondynamics.com).

If you’ve not have heard of it, take a look at the company’s demo videos. You might find your eyes popping out of your head.

Big Dog’s cousin LS3 looks similar, but has learned some new tricks. Knock it on to one side and it will gracefully right itself and return to its feet. It’s designed to accompany infantry soldiers on patrol, and it’s more than a little terrifying.

The question everyone’s asking now though is: what’s in it for Google? What does a company that sells advertising on an internet search engine want with a military robot research team?

The answer, I think, is answers. Google has solved the web and knows about information. It needs to find new problems to solve.

And fortunately for Google, it’s one of those companies – like Amazon and Apple – that has time and money to sit and think about things like this.

Yes, it’s hard to see any connection to Google’s main line of business, but maybe there isn’t one. Maybe Google doesn’t need one.

A few years ago, Google’s experiments with online maps resulted in the spin-off team that’s now working on self-driving cars.

Don’t forget the company co-founders, Larry Page and Sergey Brin. They’re classic technologists and tinkerers. They buy interesting companies and clever people simply because they can.

They’re investing in a future that none of them can foretell, and they just need to be ready for it when it comes.