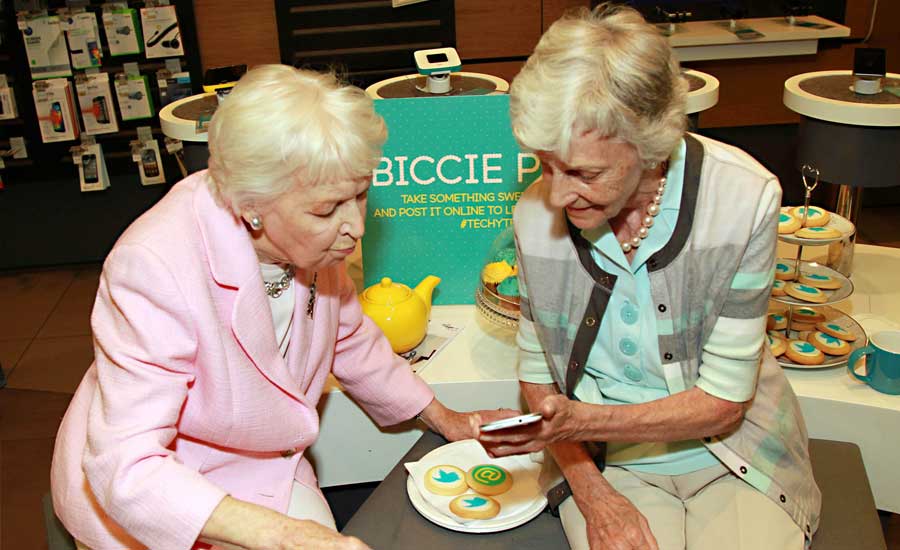 Putting the tea in technology

Did you know there are still six million people in the UK who’ve never been online? The National Techy Tea Party Day, held earlier this month, wants to reduce that number, as Katie Wright discovers

The National Techy Tea Party Day, a partnership between tech giant EE and charity Age UK, saw people of all ages, and all over the country, picking up techy tips over tea and biscuits at EE shops.

Techy Tea Parties have been held since 2012, but this is the first coordinated nationwide event. The idea is to provide a friendly, informal setting where experts can offer advice and answer questions, and guests are encouraged to bring along their phone or computer so they can learn on their own device.

It’s easy to take for granted that using touchscreens, tablets and apps is second nature, especially for young people, but if you haven’t grown up with technology, it can be hard to get to grips with.

So events like these can help tackle what the government calls digital exclusion, but, more importantly, they can help combat loneliness too. With 3.8 million over 65s in the UK living alone, many without regular contact from friends or neighbours, perhaps the most encouraging statistic to come from the Techy Tea Party Day is that 400 people tried Skype for the first time – including Mrs Kelly, 81, from West London.

“I had just about mastered texting but this video-calling is life-changing,” Mrs Kelly said. “To be able to see my daughter’s face and hear her voice on my tablet makes the distance across the pond seem more bearable.”

Indeed, recent research shows that of the over 65s who are online, two thirds say it has helped them stay in touch with friends and family.

So wouldn’t it be brilliant if Techy Tea Parties weren’t held just a once a year, but became a regular event in communities all over the country?

By getting ‘digital natives’ – young people who’ve grown up with gadgets – involved, they could show their grandparents around the digital world, who could in turn show their friends and neighbours how easy it is to get online.

Technology is often criticised for being impersonal, but with ideas like this, it can be a powerful and personal force for good.

:: Visit ee.co.uk/ttpday for advice on holding your own Techy Tea Party