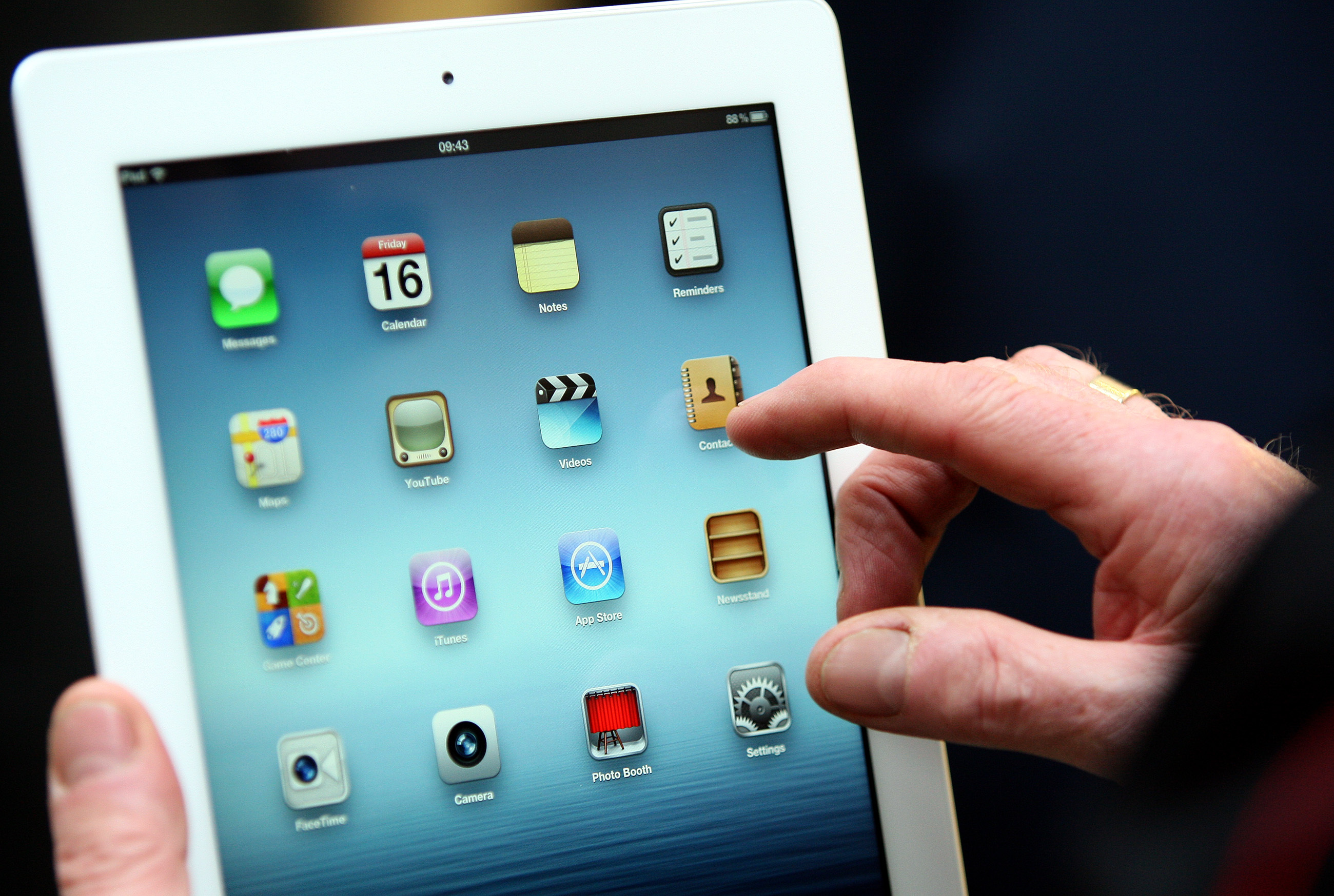 Apple has launched a new version of its iPad tablet with double the memory space of its current largest model.

The beefier 128GB fourth generation iPad will go on sale online and from Apple stores on Monday, with more storage space for users’ music, games and apps.

The most expensive version with Wi-Fi and 3G mobile connectivity will have a recommended retail price (RRP) of £739, just £110 cheaper than Apple’s MacBook Air laptop computer.

The cheapest model with the 128GB memory launched by the company at its headquarters in Cupertino, California, will have a RRP of £639.

The upgrade to the fourth generation iPad, which previously stopped at the 64GB version, comes after Microsoft launched its Surface Pro tablet with a 128GB memory.

Philip Schiller, Apple’s senior vice president of worldwide marketing, said: “With more than 120 million iPads sold, it’s clear that customers around the world love their iPads, and every day they are finding more great reasons to work, learn and play on their iPads rather than their old PCs.”

The new version include a 9.7-inch Retina display and an HD FaceTime camera.

Apple shares plunged 10% last week after the company reported quarterly results that point to growth slowing after five fat years. It reported October-December earnings that were flat compared with the year before. Sales grew 18% from the year before, but the start-up of production lines for multiple new products like the iPhone 5 and iPad Mini held back profits.

Apple’s sales growth forecast for the current financial quarter of around 7% was also far below the 50%-plus rate it is often hit in recent years as it has seen its popularity surge..

The announcement comes during a busy week for computer and mobile phone companies. Research in Motion (RIM) has launched its new BlackBerry 10 handsets and software system in a bid to recapture a large chunk of the mobile market.

And Microsoft has launched a new touchscreen version of its Office software, the first update in three years, as it tries to extend its reach past its traditional home on PCs onto smartphones and tablets that run its Windows operating system.