This site uses cookiesClick here to remove this messageMore information
Welcome to Silversurfers - features, offers, news & social forums for the over 50s...
Silversurfers
Log In Join
Silversurfers
Menu
Articles
Articles TechnologyMobile DevicesHave you made the switch to e-books? 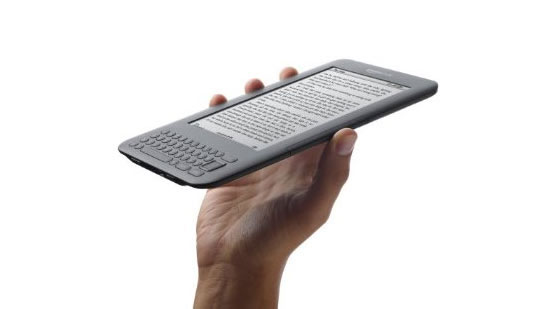 Have you made the switch to e-books?

If you have been on an aeroplane this summer or lying on a beach it’s inevitable that some of your “neighbours” are reading from an electronic book or e-book like Amazons Kindle which is readable even in bright sunlight.

Reading habits are changing fast as more of us turn to the convenience of having an e-book to read especially if we are traveling. It can contain many favourite titles without taking up any space and with tablets like the iPad not only books but newspapers and magazines can also be downloaded.

The publishers association yesterday (18th September 2012) released figures which showed a huge increase in the sales of e-books as consumers are increasingly preferring to read from them. Sales of digital fiction (fiction downloaded onto e-books) rose by 188% from January-June 2012 compared with the same months in 2011 and overall there was an increase of 90% in sales of e-books while sales of standard printed books fell by 0.4% year on year.

Amazon.com said it was now selling more e-books than printed ones and it is now selling 114 kindle e-books for every 100 paper ones.

Over in the USA the book publishers are driving more revenue from e-books than paper ones according to the Association of American Publishers. This report showed that sales revenue from e-books exceeded that of paper ones in the first quarter of 2012 with e-books bringing in $282 million for adults books and $64 million for children’s books whose sales rose by 233% over the same period in 2011.

Research has found a strong correlation between the purchase of e-books for going on holiday and readers then adopting them all year round.

Have you made the switch to e-books??