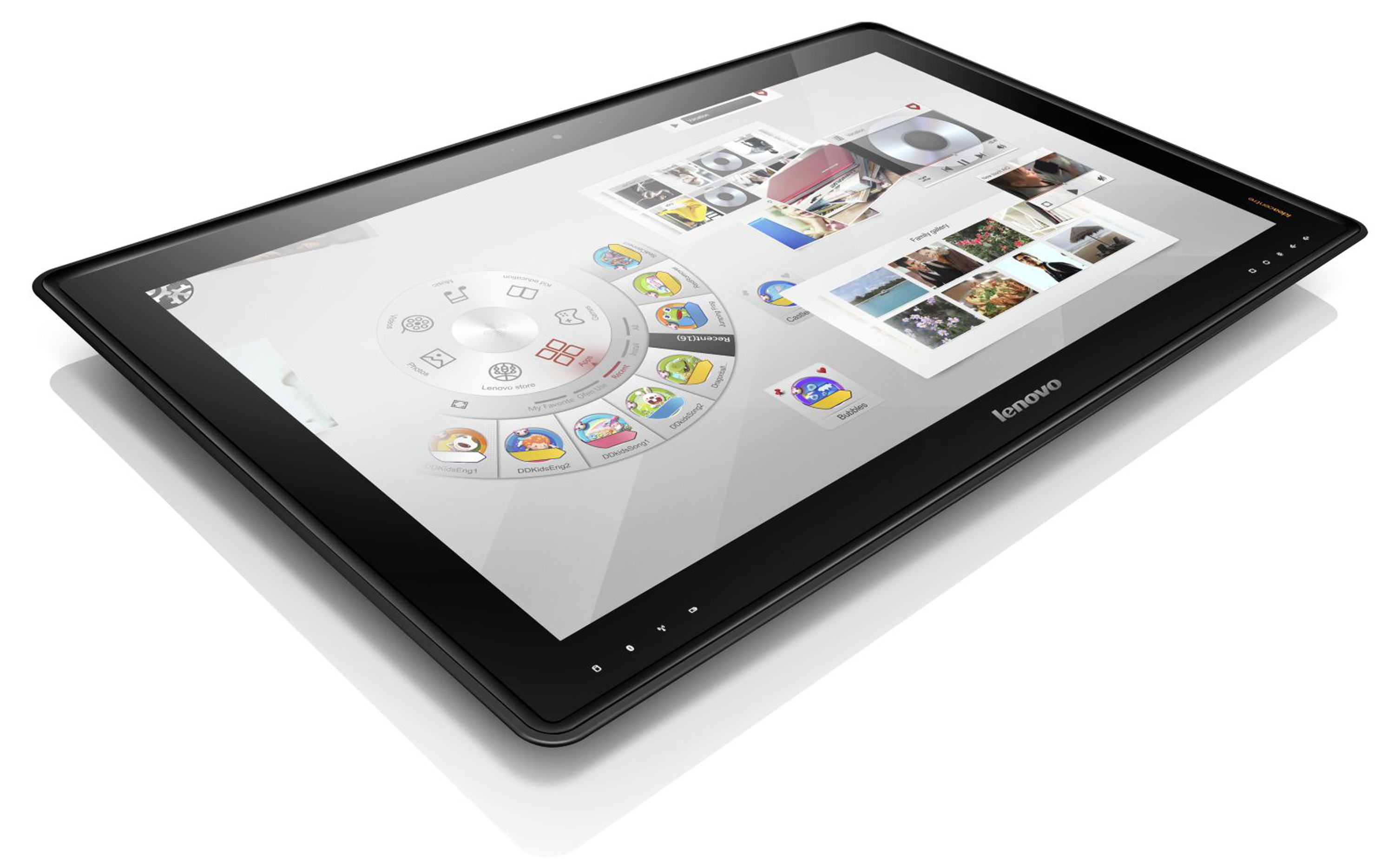 With family members spread out over the house, each with a separate PC or tablet, Lenovo is to launch something it believes will get them back together – a PC the size of a coffee table that works like a gigantic tablet and lets four people use it at once.

At first glance, it looks like a regular all-in-one machine in the vein of the iMac – it has a 27-inch (68.6cm) screen with the innards of a Windows 8 computer built into it, and it can stand up on a table.

But you can pick it up off the table, unhook the power cable and lay it flat for games. It is big enough to fit four people around it, and the screen can respond to 10 fingers touching it at the same time.

As a tablet, it is a monstrosity. The screen is the size of eight iPads stitched together, and it weighs 15lbs (6.8kg). It is almost as homebound as a flat-panel TV.

The Table PC will include plastic “strikers” for Air Hockey, and joysticks that attach to the screen for other games, including multiplayer shoot ’em up Raiding Company.

Lenovo, a Chinese company that owns IBM’s former PC business, said the Table PC will go on sale this summer starting at 1,699 dollars (£1,057). It is being unveiled this week at the International CES gadget show in Las Vegas.

Microsoft pioneered the idea of a table PC with the Surface, a PC with a 30-inch (76.2cm) touch-sensitive screen released in 2008. It was designed for store displays and other commercial applications. The concept is now called PixelSense, as Microsoft started using the “Surface” name for an unrelated tablet computer last year.

More recently, Sony released the Tap 20, an all-in-one PC that can also be laid flat. But it is smaller than the Lenovo model, at 20 inches (50.8cm) diagonally, and does not have as much table-oriented software as the Table PC.

Picture above: The IdeaCentre Horizon Table PC from Lenovo (AP/Lenovo)