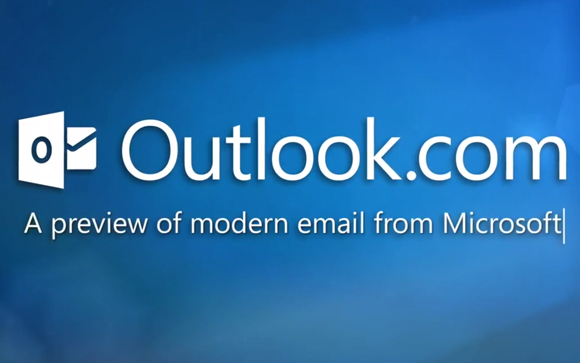 Although many pundits have forecast the end of emailing due to the rise of social networking, with Facebook and Twitter enabling people to communicate to many others in a simple way, email remains the most used and one of the most useful online tools for the over 50’s according to a recent poll.

There are three major email services in the UK –

Its a matter of choice which one people choose and often we keep the same email as this is what we have sent to all our friends and even business colleagues and also what we have registered with organisation from our banks and mortage companies through to sign ins for lots of different uses. Hotmail has always been a simple system to use and Microsoft has just announced (August 2012) that they have changed Hotmail to now be called Outlook.com and the main changes are that it links into social networks like Facebook and Twitter. Also people now go on mobiles to use email for 20% of their time on average as we all have or start to use Smart Phones like the iphone and pads like the ipad. The new Outlook.com is designed to be used easily across all devices as we as desktop PCs where emails are traditionally read and sent.

Gmail is a good email system and I have this as well as a Outlook.com service. I don’t find it as easy to use as Outlook.com for the following reasons; Its not so well laid out on the page, it has icons instead of words for actions like delete and also Gmail tends to hold emails into “strings” around the same email that’s passed between users. So for example if I send an email to someone receive a reply and reply back and so on its all shown as a “string” which can be annoying.

I also think email services should have easier spell checks rather than a system where you have to right click on words that are spelt wrongly to then correct them; better to have a system like word which just takes you through the email that’s just being drafted out.

Outlook.com is also excellent when attaching documents, photos etc. and looking at feedback from many other users on blogs is faster to do this than Gmail.

All three major email services are free to use, provide good spam filters, have calendars that remind users with an email and are simple to use. Which one is best? We think its probably the new Outlook.com at the moment but watch this space as Gmail and Yahoo will be sure to catch up with new offerings in the near future.