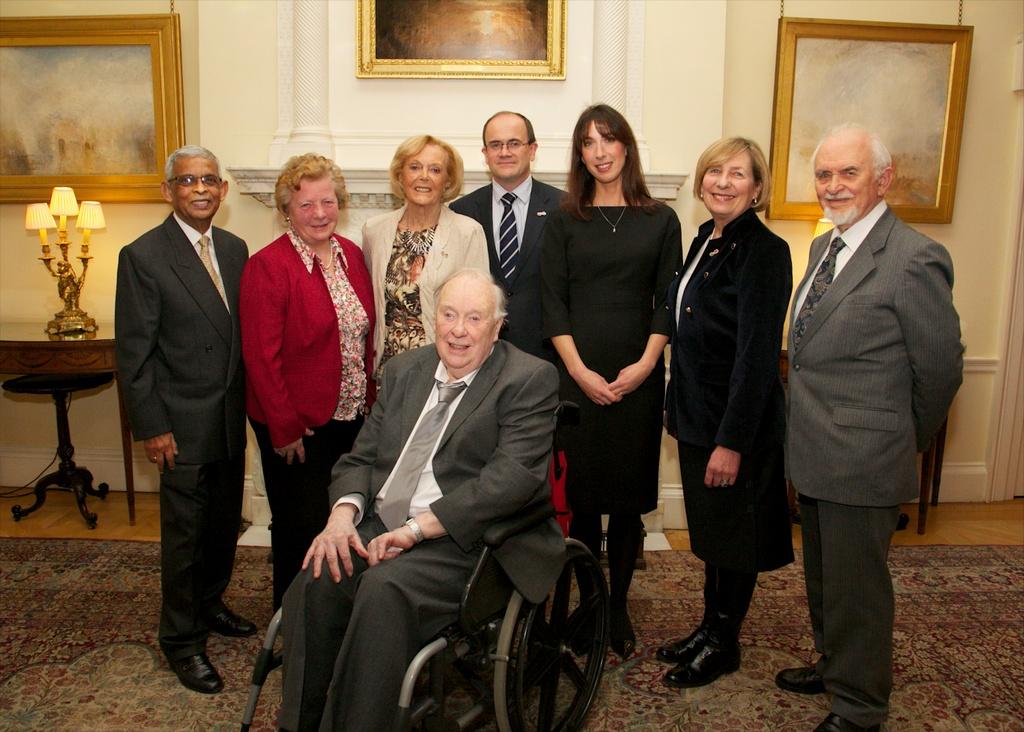 As Age UK Joint Internet Champions 2012, Brenda O’Mulloy and I were honoured to be invited to No 10 Downing Street on the 8th January and have the opportunity to meet Mrs Cameron, the Prime Minister’s wife. (I am pictured on the far right)

I was surprised by the number of people who attended, as I had no idea how many would be there. But on arrival at that famous gate I joined about fifty people queuing up to go through security. It was a little similar to going through an airport check these days, although we didn’t have to remove our shoes! We then strolled down to that even more famous door, which features so often on television. It was all very straightforward from there on, having deposited our mobile phones and cameras in an appropriate slot. I was greeted by our Age UK friends and was advised that a small number of Age Uk volunteers would be ushered into an anteroom and, after a short photo shoot, Mrs Cameron joined us for the group photo. She then chatted to each one of us in turn, myself expressing my gratitude for technology, such as Skype, which enabled me to not only see and lip read my distant friends and relatives but also to hear them to some extent and – if all else failed – to read their text messages! Meanwhile the official photographer was snapping away from various angles and I understand some of the pictures will be sent to newspapers in the areas from which we came.

Mrs Cameron them moved into the main room and spent a considerable amount of time with many of the delegates, most of whom were volunteers for Age UK in their own areas.

After drinks and canapés Mrs Cameron addressed the whole group expressing sincere thanks for the contribution that Age UK is making, not only from the aspect of technology, but for their support of all matters concerning our ageing population.

During the evening we were allowed to investigate the famous rooms with their plethora of art, from portraits of all the previous Prime Ministers to a considerable quantity of contemporary art. I was intrigued by what looked like a neon sign over one of the doorways and enquired what it was. It was explained to me that it was a piece of art by Tracey Emin, which said “More Passion”. The attendant suggested that it was an appeal to the politicians who frequent No. 10. 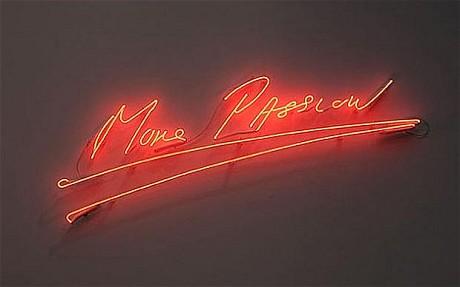 Finally our moment of glory was over and we filed down the famous staircase with the familiar photographs of all the Prime Ministers from the last hundred years or more. Hopefully I will be able to attend the March meeting when the next Internet Champions are chosen and that they will enjoy their year as much as we have and that they will be able to continue the work of encouraging many more mature citizens to be able to use the fascinating medium of the Internet.

Keep your brain boosted with these free interactive games