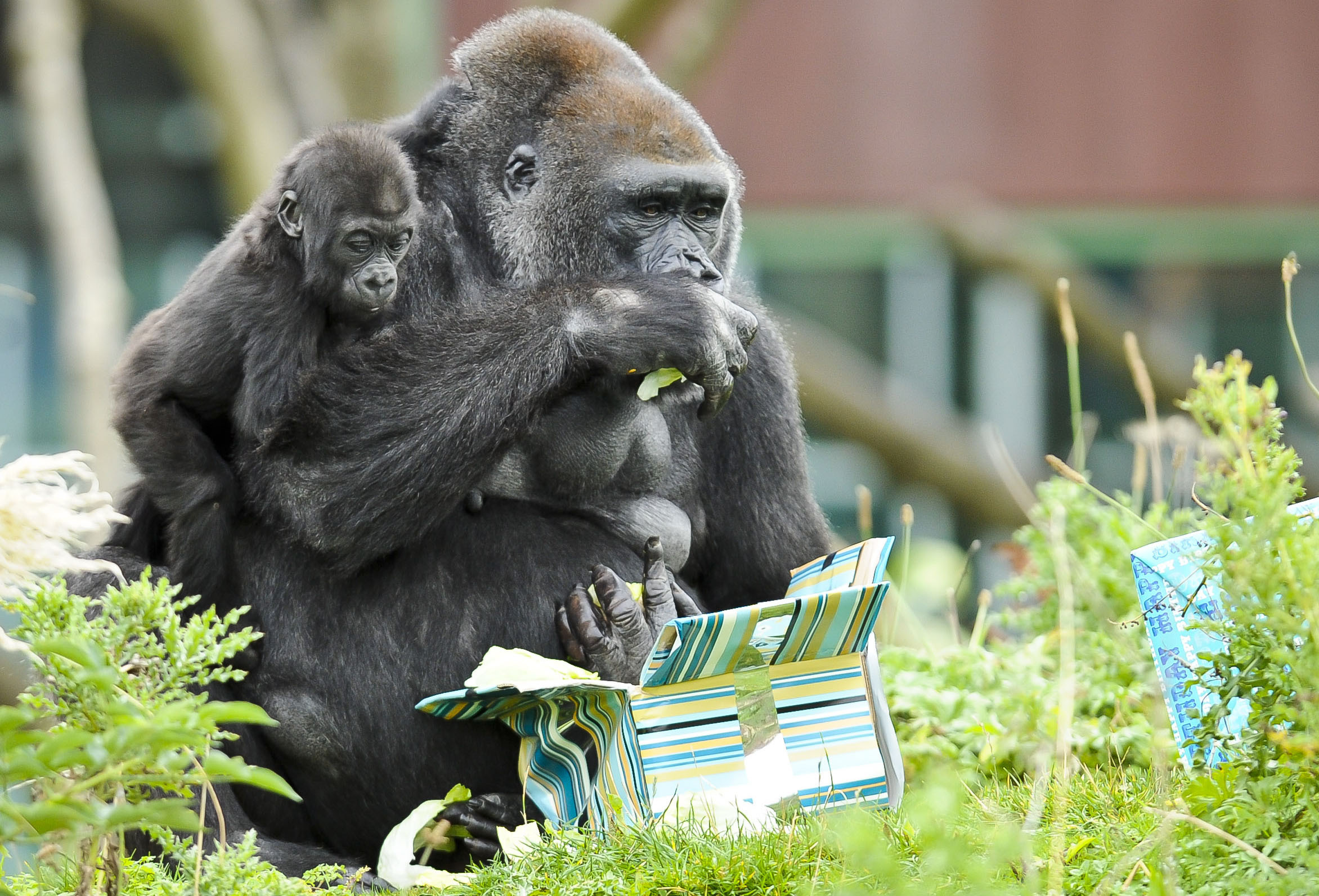 Gorilla family heading to the wild

A family of 11 gorillas are among a number of endangered animals being released into the wild in the “most ambitious” reintroduction scheme ever undertaken.

The Aspinall Foundation said it was planning to release record numbers of animals bred in captivity safely back into protected areas in the wild over the next year, including six Javan gibbons, eight Javan langurs and two bull elephants.

The foundation has already released three black rhino into the wild in Tanzania this year, where it says they are doing well.

The family of western lowland gorillas will be released in Africa, where the foundation has been working with the governments of Congo and Gabon to protect almost a million acres of forest and savannah habitat.

The group is headed by Djala, a 30-year-old male gorilla who was rescued from poachers in Africa and brought to Port Lympne, Kent, in the 1990s. His family consists of his five “wives” and five offspring aged between six years and eight months, who were all reared in captivity.

They will form part of a reintroduction programme which aims to re-establish viable populations of gorillas into a wild area where the species was hunted to extinction.

More than 50 gorillas were released in the decade between 1996 and 2006, 43 of which were wild-born orphans from the Aspinall Foundation’s confiscation and rehabilitation programmes. A further seven were hand-reared captive-born gorillas raised in the captive-breeding programme at Howletts and Port Lympne wildlife parks.

The release, planned for early next year, is the first time a reintroduction of a family group has been attempted, the conservation organisation said.

Founder Damian Aspinall said the only justification for keeping animals in captivity in the 21st century is to have captive breeding programmes that seek to reintroduce threatened animals to the wild.

“The Aspinall Foundation’s Back to the Wild initiative is unique and comprises of easily the most ambitious and wide-ranging reintroductions of endangered species into the wild ever undertaken in the world,” he said. “Equally important, it marks the foundation’s absolute commitment to intensify the global debate around the role of wildlife parks and zoos.”