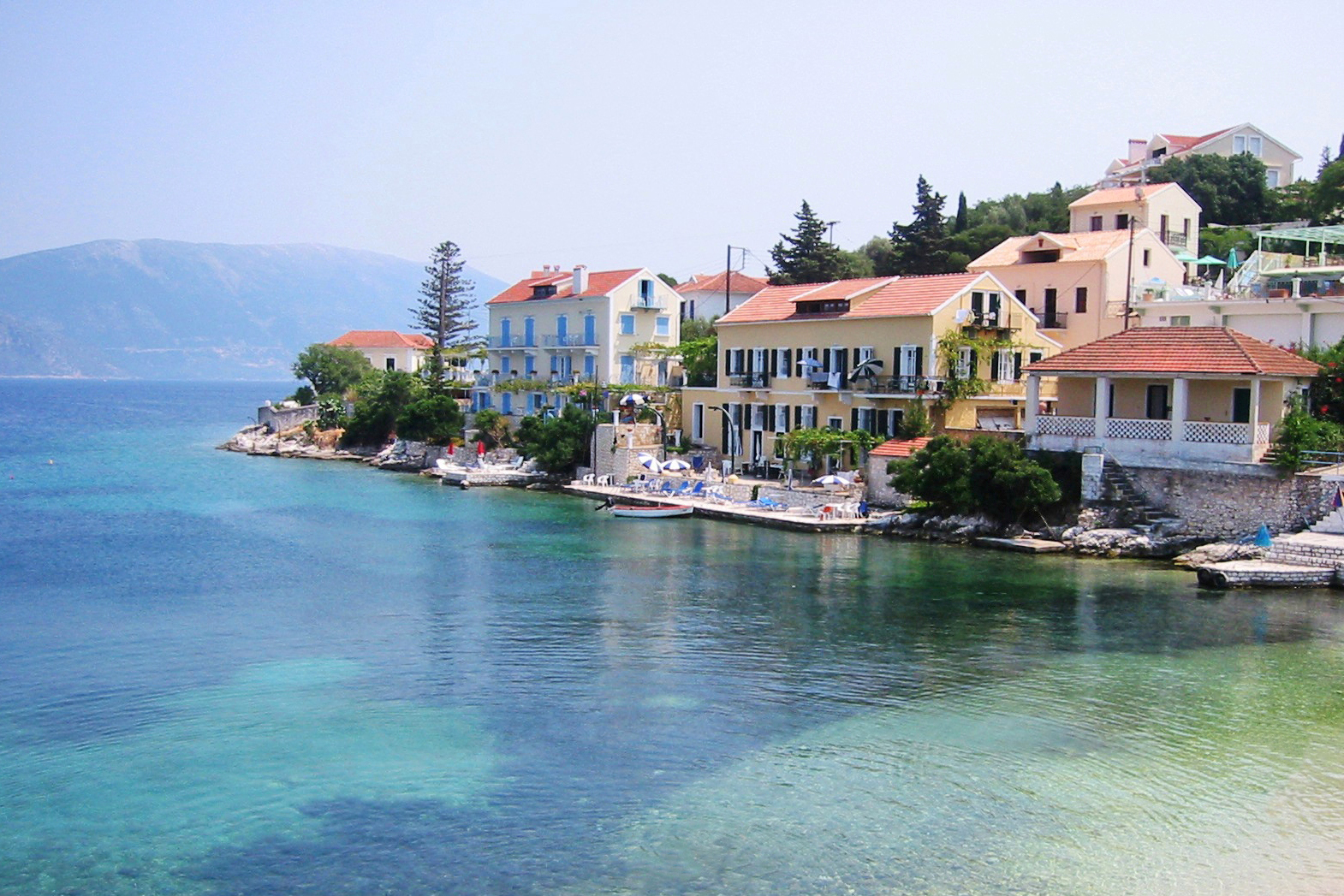 A Trip to the Movies… with P&O Cruises

If you’ve ever holidayed aboard Azura, there’s a good chance you experienced Sea Screen, an outdoor cinema where you can grab some popcorn, nestle on a comfy sun lounger and watch Hollywood blockbusters under the stars. All while Azura sails onto your next fascinating port of call.

Travel and movies go hand in hand. There’s nothing like watching a film that’s set in one of your favourite places, full of ‘been there’ moments. Conversely, movies can actually inspire you to get off your sofa and visit a destination. And let’s not forget there are a string of previously unheard of places that saw their fortunes transformed by the movies…

It got us thinking about our favourite movie related destinations which you can explore during a P&O Cruises holiday.

Nicolas Cage and Penelope Cruz may have been the stars, but it was the gorgeous Greek island of Cephalonia that truly stole the show as the setting for this World War II drama. Thick olive groves, hidden beaches, cocktail blue sea… Cephalonia couldn’t be better looking if an army of Hollywood make-up artists went to town on it. But Cephalonia didn’t let fame go to its head. The island remains as charming and carefree as ever, unfazed by its moment in the spotlight. That’s not to say the Greek locals aren’t quietly proud… wander into any little bar and there’s a good chance you’ll see a slightly faded photo of the day a Hollywood megastar popped in for a beer.

Take this tour: The popular ‘Best of Cephalonia’ excursion gives you the opportunity to discover this charming island for yourself. See the turquoise-coloured Melissani Lake, and photograph that famous view of Myrtos Beach. As an extra treat, you’ll visit idyllic waterfront village of Fiskardo where a long, cold drink next to the harbour is a must. A word of warning though… you’ll never want to leave. 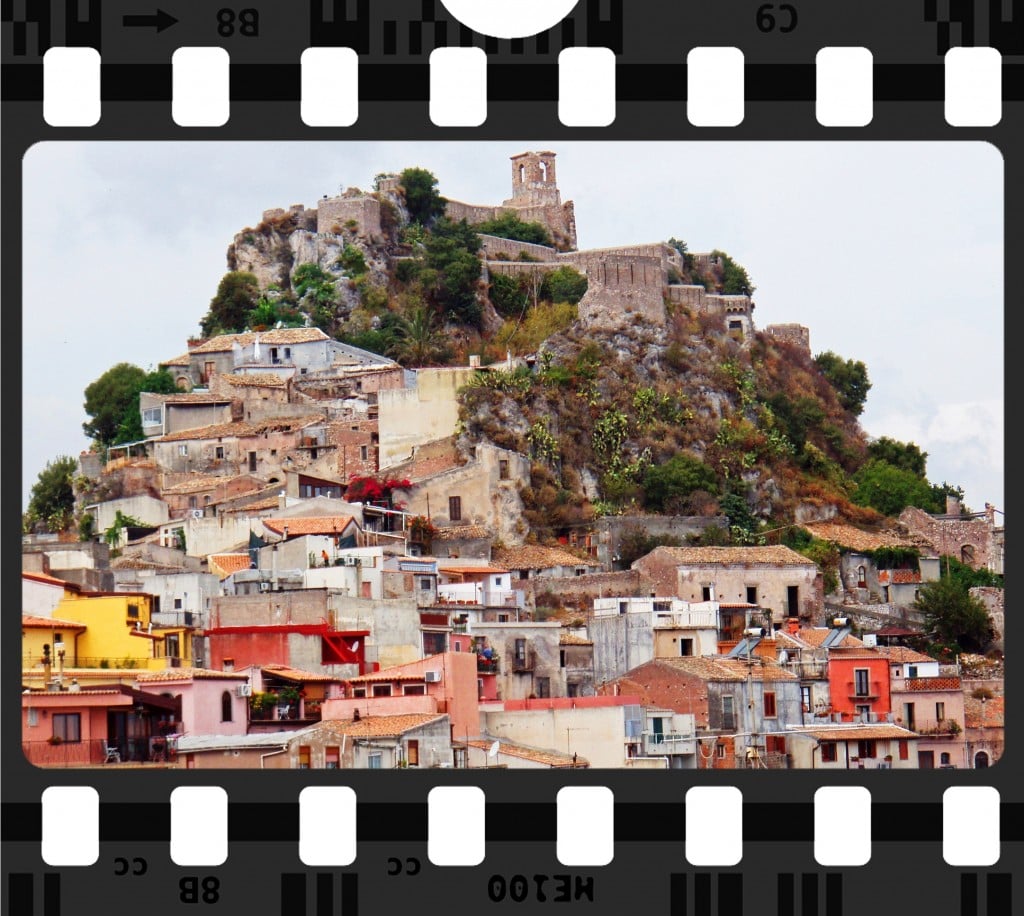 Starred in: The Godfather

When you think of the Godfather films, you instantly think of New York; in particular the shady mafia-run neighbourhood of Little Italy. But many scenes in Francis Ford Coppola’s trilogy were filmed in real Italy, on the island of Sicily – the birthplace of the Mafia. An island of crumbling hilltop villages, tiny cobbled alleyways, hidden piazzas and churches; the scene was already set for this sinister tale of organised crime, starring Marlon Brando and Al Pacino.

Take this tour: ‘Godfathers’ Footsteps’ takes you to all the sights and locations synonymous with The Godfather Trilogy: an absolute must for movie fans. In the tiny hillside village of Savoca, you’ll visit Bar Vitelli, where Michael Corleone, played by Al Pacino, discusses his proposed marriage to Apollonia with her father. Today the bar has been turned into a Godfather shrine, with a collection of photographs taken during the film shoot. You’ll also visit the stunning village of Forza d’Argo (above), where Pacino and Sophia Coppola shot scenes for Godfather III. Even if you’re not a fan of the films, this excursion is a great way to discover un-spoilt Sicily. 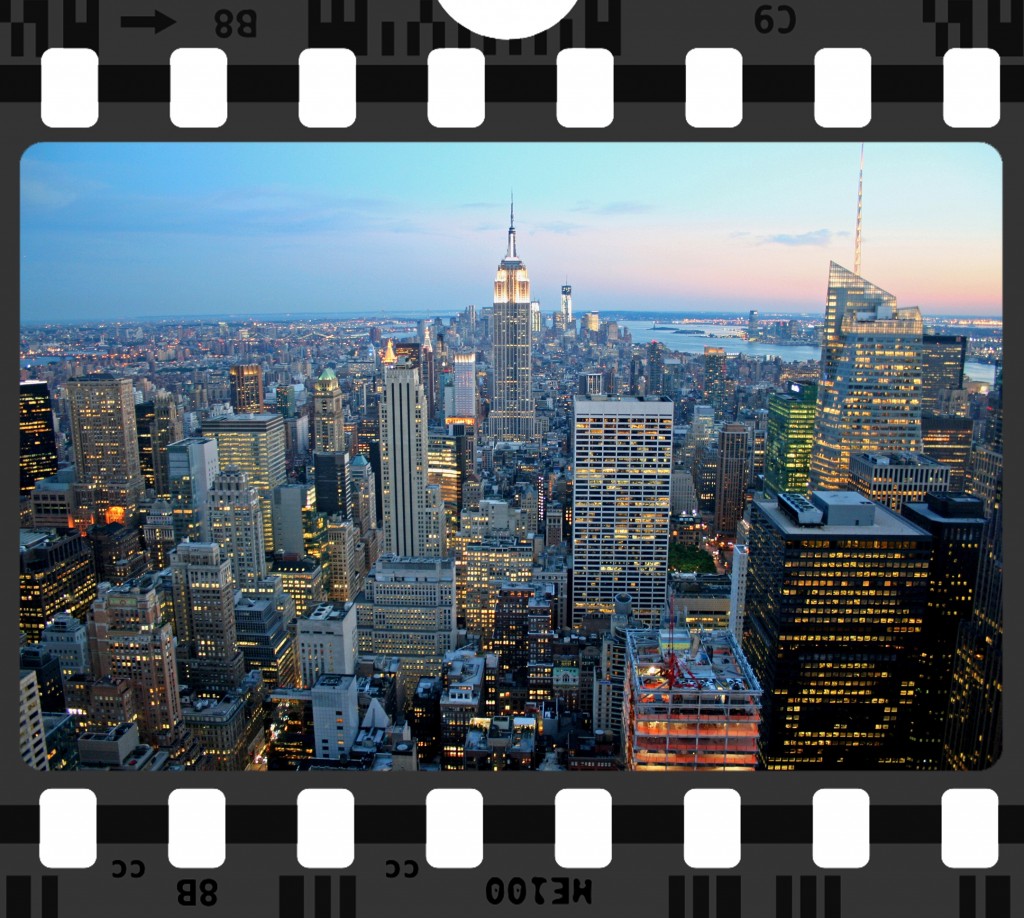 Starred in: How long have you got? Taxi Driver, King Kong, Saturday Night Fever, Ghostbusters…

Needing no introduction, it would be easier to list the films that haven’t been set in New York City. Visiting Manhattan is like being on a giant movie set. It’s absorbing, it’s vibrant, and in places it’s utterly manic. It’s everything you’ve already seen in the movies. And yet, despite over-familiarity, those famous Manhattan sights still manage to take your breath away the very first time you visit New York City. Times Square positively pulsates 24/7. It’s a compelling assault on the scenes. The Chrysler Building sparkles in the sunshine. It’s arguably the most beautiful skyscraper in the World. Central Park is foot-achingly huge, and unexpectedly peaceful. And then there’s the Empire State Building. You’ve seen it thousands of times before on screen, but catch your very first glimpse of it soaring over Manhattan, and you’ll feel tingles of excitement like never before. That’s the moment you know you’ve truly arrived in the Big Apple.

Take this tour: ‘New York City Lights’gives you the opportunity to experience New York at its most cinematic – after dark. The lights are on, the skyscrapers are glowing, the taxi cabs are honking and the streets are alive. During this tour you’ll cross the Brooklyn Bridge to photograph that famous view of the New York skyline. You’ll also have free time to soak up the absorbing night-time atmosphere of Times Square. 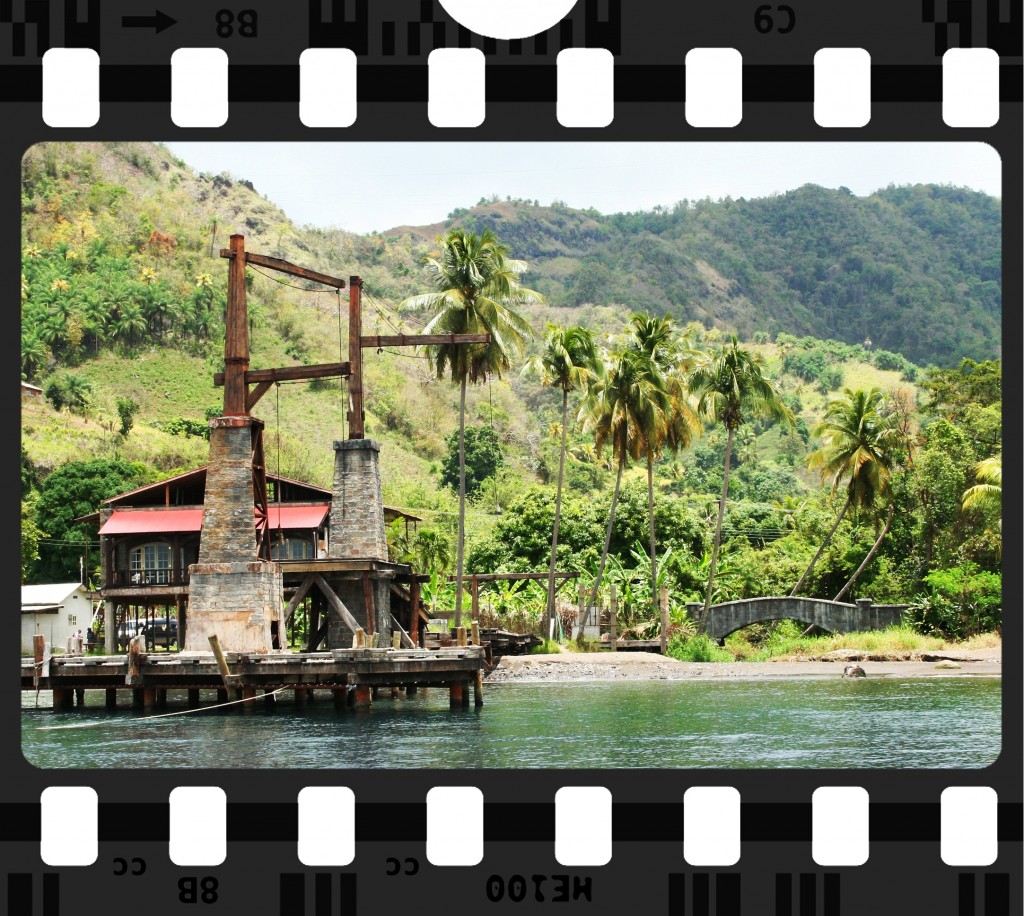 Starred in: Pirates of the Caribbean

Once the haunt of real pirates, St Vincent was an appropriate setting for the swashbuckling blockbuster ‘Pirates of the Caribbean,’ starring Johnny Depp as the eccentric Captain Jack Sparrow. Unspoilt, exotic, and surrounded by a string of exclusive islands including Mustique and Bequia; St Vincent has a treasure trove of natural wonders to discover.

Take this tour: The ‘Waterfall and Coast’ excursion takes you on your own exciting Caribbean adventure. Follow in the footsteps of Captain Jack Sparrow at the harbour village of Willilabou, where some of the buildings and docks built especially for the film still remain. You’ll also visit the Bat Cave (which does exactly what it says on the tin) and Dark View falls which sounds like a leftover from the ‘Pirates…’ film set, but is in fact a stunning natural 75-foot waterfall. 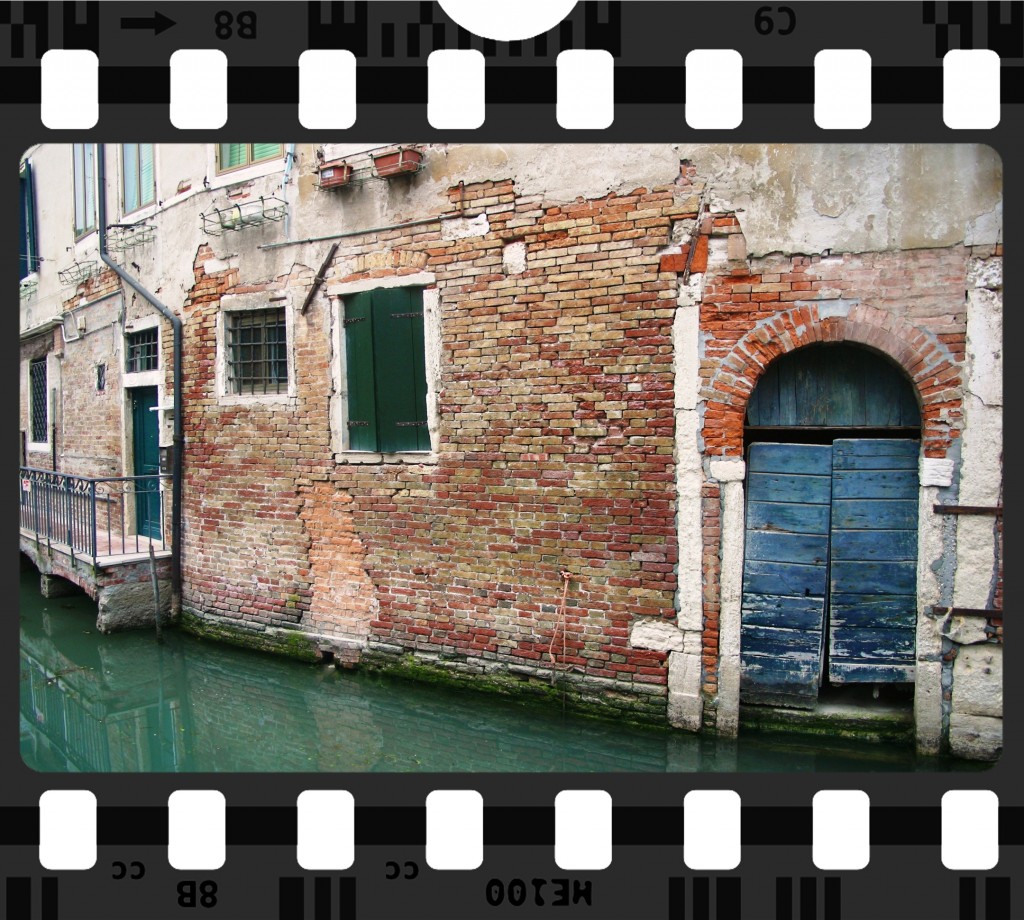 Starred in: Don’t Look Now, The Tourist, Death in Venice

With its idyllic network of canals, bridges and alleyways, the cinematic city of Venice is ready-made for Romantic movies. But the movie ‘Don’t Look Now’ – arguably the film best associated with city – turns convention its head. No singing gondoliers or romantic strolls through St Mark’s Square; ‘Don’t Look Now’ turns Venice into an eerie and melancholic landscape. Set in a dark and cold off-season Venice, ‘Don’t Look Now’ sees Donald Sutherland and Julie Christie move to the city to restore a church, and recover from a family tragedy back home. But things take a sinister turn when they’re haunted by visions of a figure wearing a red-cape, hiding in the shadows of Venice’s crumbling buildings. Beautiful Venice has never looked such a lonely place.

Take this tour: ‘Hidden Venice Walking Tour’ will delve you into an intricate maze of hidden passageways, narrow canals, tightly packed buildings and ornate bridges. Away from the masses in St Mark’s Square, you’ll discover parts of this picturesque city that most miss, such as tiny piazzas, fountains and churches. 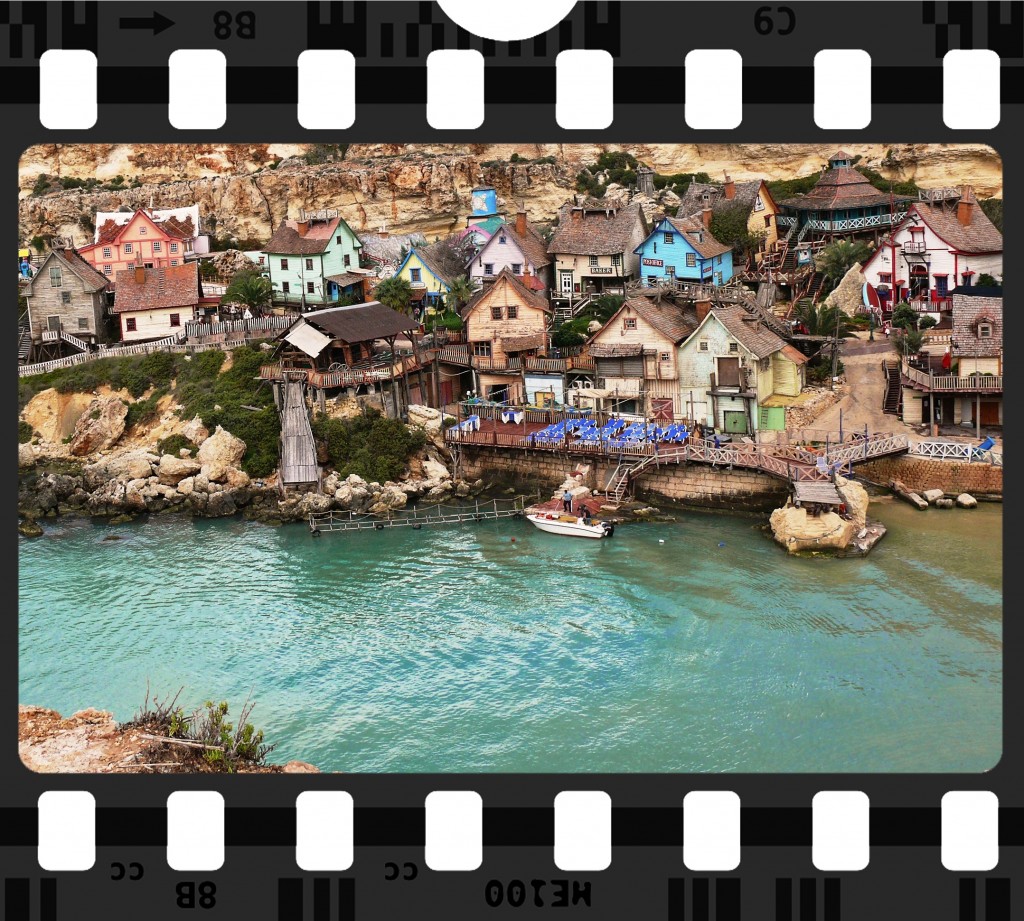 Malta is something of a secret gem for film producers. Thanks to its mild climate, dramatic coastlines, cobalt blue sea, golden beaches, and melting pot of architectural styles, this little island can ‘double’ up as just about anywhere. Need a dusty Middle Eastern landscape, or ancient walled fortress? Malta’s got it. In fact, it’s even been dubbed ‘the Mediterranean’s mini Hollywood.’

Take this tour: The brand new tour ‘Off the Beaten Track’ takes you around Malta by 4×4 Jeep, to discover parts of the island most visitors don’t get to see. You’ll see the rickety film set built for Popeye the Movie, which starred Robin Williams; and Golden Bay, where Brad Pitt filmed during the making of Troy.

For details of some of our fabulous cruises, and also to view all our special offers and top deals click here