This site uses cookiesClick here to remove this messageMore information
Welcome to Silversurfers - features, offers, news & social forums for the over 50s...
Silversurfers
Log In Join
Silversurfers
Menu
Articles
Articles TravelCruisesAll aboard for the Normandy experience 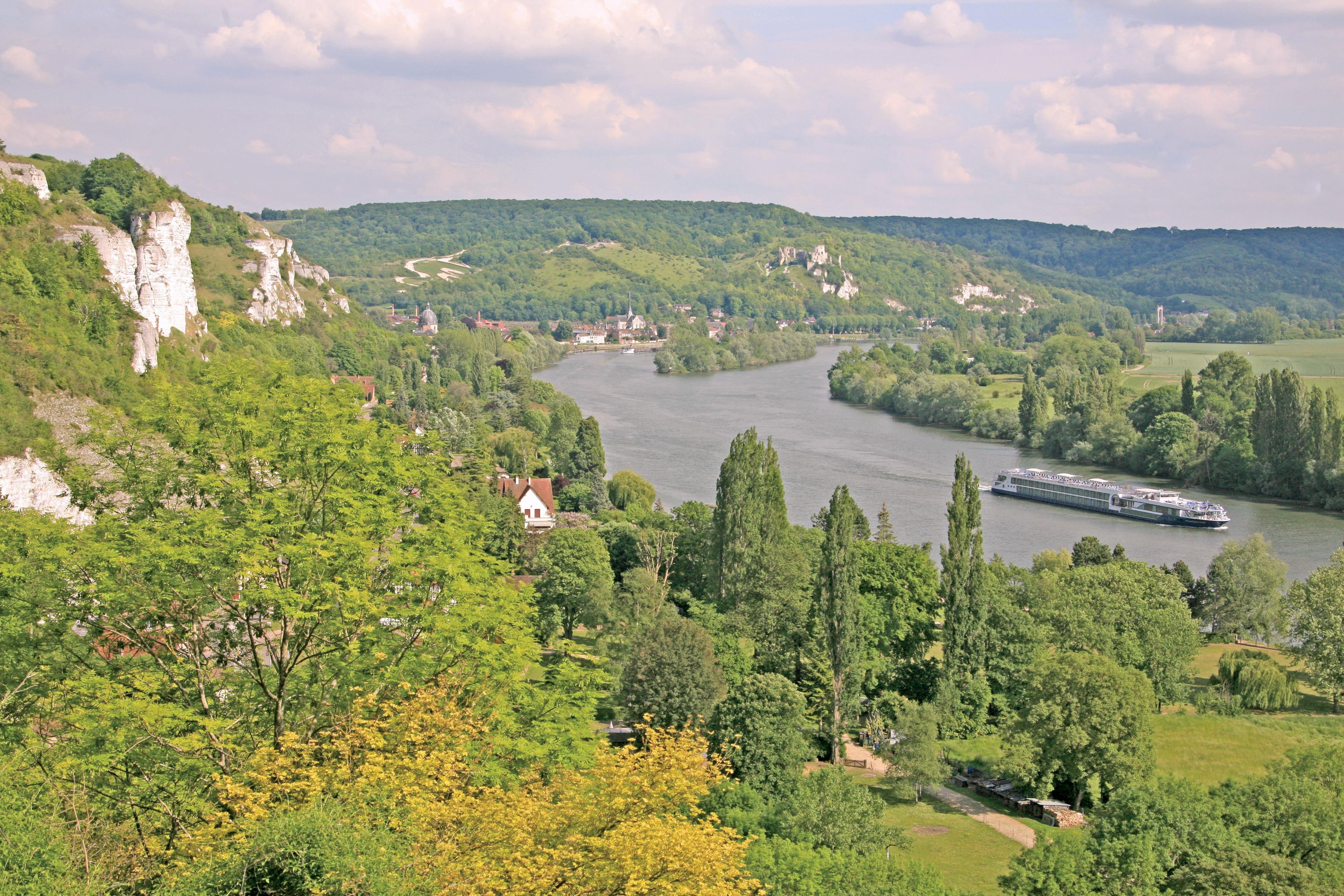 All aboard for the Normandy experience

From the comfort of a cruise ship on the River Seine, it’s easy to take in the myriad historic sights of Normandy as well as the bright lights of Paris, as Roger Watkins discovered

The inscription along the frieze at the gate of the British Forces’ Cemetery in Bayeux, Normandy, reads: “We, once conquered by William, have now set free the Conqueror’s native land.”

Along the road in the heart of this ancient city, the Bayeux Tapestry records the 1066 invasion of England. A short distance further are the windswept D-day beaches where Allied troops swarmed ashore on June 6, 1944 to liberate occupied France.

Thus, in just a few hours, it is possible to be at the start and finish of an epic story in the development of two of the most influential countries in history.

The tapestry, probably the most important narrative artwork in the world, is simply stunning. We have all seen photographs of it, of course, but nothing compares with actually bathing in its beauty and creative complexity.

For a start, it is not actually a tapestry and is much larger than you would imagine: a 1.6ft by 224.3ft-long embroidered cloth depicting the events which culminated in the Norman Conquest and the invasion itself.

The chance to view it as well as paying homage at the beaches where so many died to free Europe from Nazi oppression came towards the end of an eight-day cruise on the River Seine which started and finished in the heart of Paris.

Our vessel, the 361ft Avalon Creativity, was berthed about 80 miles away in Rouen where the tidal waters prevent it from cruising to the coast. But it is a short coach journey through the lovely Calvados countryside to Bayeux and the beaches.

The Americans on board the Creativity paid their tribute at the memorials to the dead who fell on Omaha and Utah beaches as Operation Overlord changed the course of the war.

The Britons and Canadians toured the eastern beaches, Gold, Juno and Sword, visiting the huge gun emplacements at Longues-sur-Mer and the important town of Arromanches, where the famous artificial Mulberry harbours were established, enabling the Allies to bring vital supplies to the bridgehead.

Perhaps the most interesting place of pilgrimage was Pegasus Bridge at Benouville, immortalised in the 1956 epic war film D-Day The Sixth of June in which Richard Todd, who was actually a veteran of the action, played the hero of the amazing landing by glider-borne troops to capture the bridges over the Caen canal and nearby River Orne.

We were fortunate that our guide was the British D-Day expert and author William Jordan who has lived with his French wife in Caen for 25 years. Disconcertingly, he is prone to suddenly donning a double-badged Army beret and lecturing his flock in the clipped tones of Monty himself.

Away from the legacies of war, Normandy is a beautiful region of France. We enjoyed a half-day in the ancient port of Honfleur with its smart harbourside cafes, art galleries and the 15th century St Catherine’s church.

Rouen, the historic capital of Normandy, still retains some of its narrow medieval streets and, of course, its link with Joan of Arc. Contrast the magnificence of the cathedral, built on the site of a fourth century church, with the dramatic modern church dedicated to France’s patron saint which was completed in only 1979.

Halfway between Rouen and Paris we moored in the charming town of Vernon. It is a pleasant enough destination in its own right but, more importantly, it is a few miles from Giverny, famous for its connection with the impressionist painter Claude Monet, who first spotted the village as he passed through on a train.

His iconic garden, where he produced the famous series of 250 paintings of water lilies, is even lovelier and more alluring than the hype that surrounds it, and that is a rare thing in the tourist industry. The fact that it attracts 500,000 visitors a year speaks for itself.

It was one of the highlights of a hectic cruise which began in the shadow of the Eiffel Tower. Our berth was a brilliant base from which to explore Paris. Apart from a general coach and walking tour of the main sights there were more focused trips to the tower, to the Empress Josephine’s beautiful Chateau de Malmaison or the Ancien Regime’s homage to over-the-top opulence, Louise XIV’s Palace of Versailles.

Some passengers even managed to fit in an evening trip to the Moulin Rouge: glittery, over-priced and definitely not a fine dining experience, apparently.

What a contrast with the food on the Creativity. Here we were treated to hearty breakfasts, elegant lunches and sumptuous multi-course dinners, the latter with complimentary beer or wine.

I had imagined that some martinet of a Gallic chef was creating it all in the small galley forward. But no. It was, in fact, a 6ft 4in Trinidadian called Michael Baptiste.

Trained in a Michelin three-star restaurant, he advocates less rigid menu options than is usual on a cruise ship and crafts his culinary offerings on what goodies are available in local markets.

The Creativity is part of a growing Avalon fleet cruising the waterways of Europe from the English Channel to the Black Sea.

The 68 staterooms (a generous 172sq ft) are on three decks. Each has a decently-sized bathroom with up-market toiletries, a comfortable queen-size bed (which can be made up as singles) and plenty of wardrobe and cupboard space as well as a flat-screen TV and minibar. Most have sliding floor to ceiling windows.

Entertainment on the Creativity was limited to port lectures and a pianist in the lounge, although one evening a trio of two violins and a guitar called La Strada gave a wonderful concert before we set sail.

The young English-speaking staff, drawn from nine countries, are friendly and efficient. There is even an excellent hairdresser on-board.

This comfortable vessel also provides a rather convenient base for exploring the majestic boulevards of Paris, for it is tied up in the capital for three nights out of the eight, with a guided sightseeing trip taking in the major sights like Notre Dame and The Louvre.

For veteran ocean cruisers like me, river journeys are a whole new experience and no wonder they are the faster growing section of the market. The emphasis is on gentle journeys, luxury, service and unforgettable destinations.

:: BEST FOR: Getting right to the heart of cites and countryside.

:: TIME TO GO: From April to October

:: NEED TO KNOW: Cruises offer a variety of themes so select one to match your interests.

Roger Watkins was a guest of Avalon Cruises