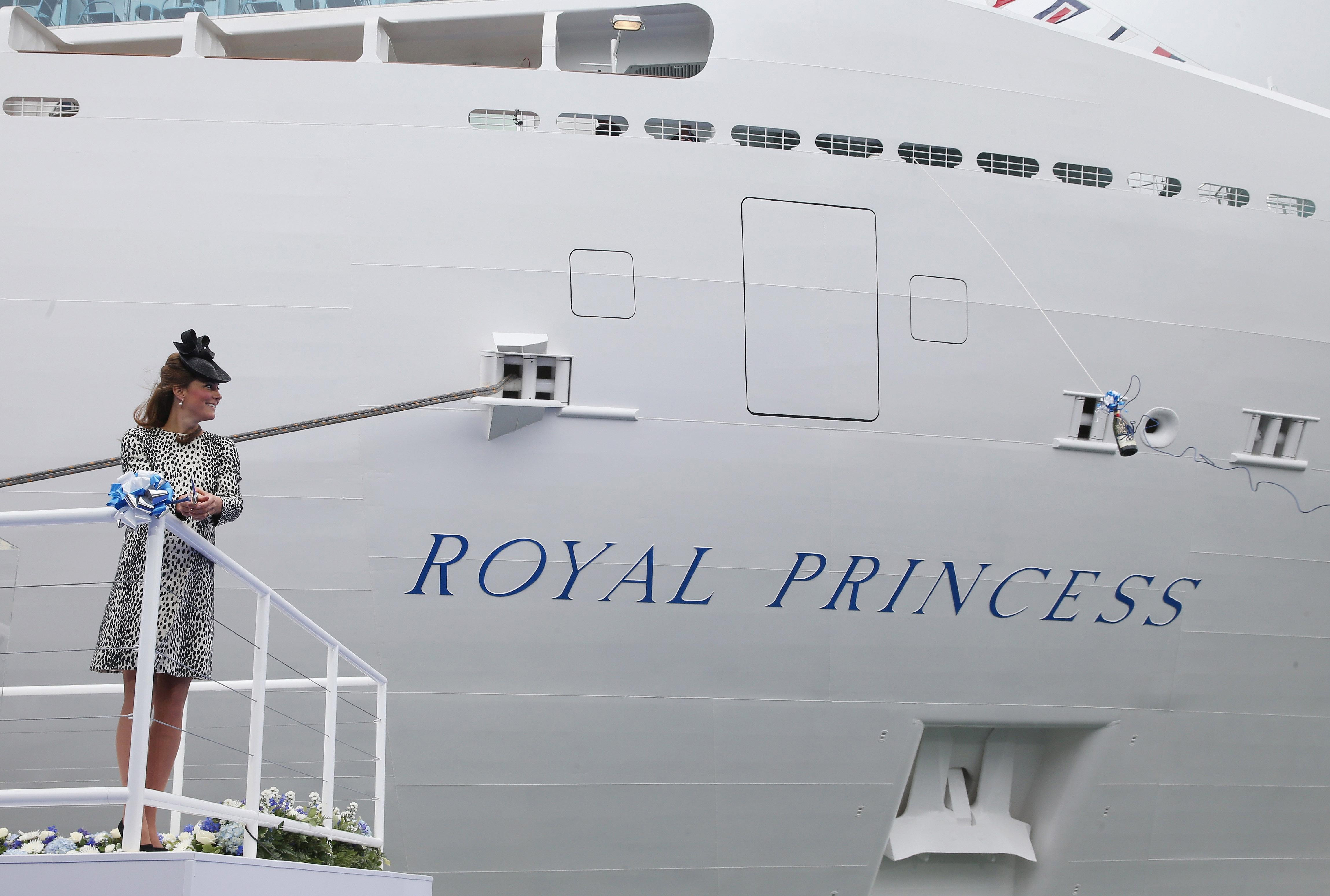 Can the Royal Princess boost cruises?

As the Duchess of Cambridge launches the Royal Princess, Jeremy Gates ponders whether ‘the Kate effect’ will extend to the cruise industry.

Princess Cruises has never been a favourite among British cruise fans, but that could all be about to change with the launch of the £600 million Royal Princess.

This mighty 141,000-tonne superliner for 3,600 passengers is off to a flying start by getting the Duchess of Cambridge to be her godmother, who named the ship in a spectacular ceremony at Southampton, before a maiden voyage to Venice in mid June.

Mike Pickup at Major Travel says: “The choice of the Duchess of Cambridge is an inspired move, as it adds a youthful element to cruising.”

Designing and building the ship took three long years, as well as the steady nerves of cruise chiefs as fears of recession and gloom swirled around the global economy. Two more of these massive ships from mother company Carnival arrive in 2014. Regal Princess is a sister ship to Royal Princess, while Carolina joins the P&O fleet.

Before long, there could be a sharp rise in the total of 100,000 Britons who currently take trips with Princess Cruises each year. Although it’s geared to the US market, with a ‘can do’ approach among the crew and a degree of informality on board which Americans appreciate, the new ship has the ‘wow’ factor, while still toning down the brashness of some US cruise ships.

There are elegant corners on this all-dollar ship where you have no idea you are travelling with thousands of others, including the massive Lotus Spa on deck five which has private couples villas.

Plenty of things do cost extra on Royal Princess, including an ice cream at Gelato’s, so there might be a case for booking a cheaper cabin to keep more spending money for the voyage.

However, you don’t have to pay extra to enjoy a film in the spectacular open air cinema on Deck 17 for ‘Movies Under the Stars’. At this level, you find amazing Sea Walks on either side of the ship; pathways of reinforced glass which enable passengers to look down nearly 130 feet to the waves below.

Although Royal Princess began her maiden voyage from Southampton, British passengers will usually fly to the ship which will operate Mediterranean fly-cruises in summer, and in the Caribbean, out of the US, in winter.

When Princess Cruises proudly previewed their new ship to industry figures at Southampton, the response was mostly enthusiastic.

Martin Tanner at Jetline Cruises said: “I suspect it’s better than a four-star cruise ship, better than P&O, with service to match the elevated levels of Cunard.”

But while the designers take a bow for Royal Princess, its early prices might be lower than the company planned.

Tanner says: “You expect to pay a premium for a brand new ship, but we have a 12-night fly cruise ex-Gatwick in late August from £999, including a flight to Venice and return flight from Barcelona.

“In the Caribbean, you can get seven-night voyages from Fort Lauderdale to the Eastern Caribbean from £1,160, including return flights. 14 nights start at £1,599, with the same ports in week two.”