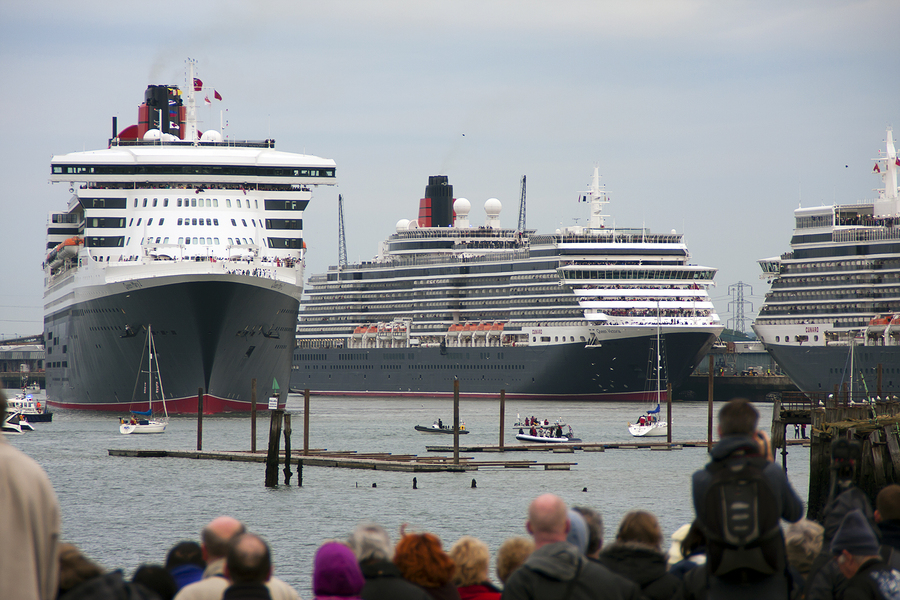 Cunard underlines its reputation for hosting speakers of the highest calibre from across the cultural spectrum with the announcement today that legendary musician and founder member of Band Aid Midge Ure and former Governor of the Bank of England Mervyn King have been lined up to speak aboard its ships in the coming months.

Southampton – Hamburg – Bergen – Andalsnes – Trondheim – Tromso – Alesund – Stavanger (Midge disembarks) – Hamburg – Southampton
Balcony fares start from £1,999 per person, including $125 per cabin on board spending money OR free car parking at Southampton OR free coach transfers to Southampton and back. Plus, for bookings made until 30 April, receive from £240 up to £990 in John Lewis vouchers*.

Midge Ure was part of the Band Aid gathering of 36 artists in 1984 for the historic recoding of ‘Do They Know It’s Christmas?’, a song he wrote with Bob Geldof as the industry’s contribution to Ethiopian famine relief. The project led to Live Aid in 1985, a global concert that spoke for a generation. Bob Geldof has said that without Midge Ure’s initial enthusiasm for the idea, not to mention his rapidly penned sketch for the single, neither Band Aid nor Live Aid could have happened. Midge is still to this day a Band Aid Trustee. Midge Ure’s services to both music and charity were recognized when he was awarded an OBE. He also has Ivor Novello and Grammy awards along with a array of gold and platinum records for acclaimed classics such as ‘Vienna’, with his band Ultravox.

Midge is a fascinating speaker and an extraordinary entertainer and will give two talks while onboard: ‘Building Emotions. A life in Music’ and ‘Band Aid: Making a Difference and Implementing Change’.

Former Governor of the Bank of England, Mervyn King, will sail with Queen Mary 2 from Southampton to New York (20 – 27 August 2014) Fares start from £1,699 per person including $80 per cabin on board, return flight from New York and transfers between the ship and the airport. Plus, for bookings made until 30 April, receive from £120 up to £470 in John Lewis vouchers*.Lord King of Lothbury in the City of London GBE, FBA served as Governor of the Bank of England and Chairman of the Monetary Policy Committee and Financial Policy Committee from 2003 – June 2013. He was previously Deputy Governor from 1998 to 2003, Chief Economist and Executive Director from 1991, and non-executive director of the Bank from 1990 to 1991.  Born in 1948, Mervyn King studied at King’s College, Cambridge, and Harvard (as a Kennedy Scholar) and taught at Cambridge and Birmingham Universities before spells as Visiting Professor at both Harvard University and MIT. From October 1984 he was Professor of Economics at the London School of Economics where he founded the Financial Markets Group.Cunard’s Marketing Director, Angus Struthers, says:
“We have been featuring pre-eminent and internationally respected figures as on-board speakers with Cunard for over 40 years. The inclusion of leading lights such as Midge Ure and Lord King really showcases the breadth and variety of our Insights speakers’ offering and we’re sure that our passengers will find their talks fascinating.”*John Lewis offer is applicable on all bookings on the main Cunard fares as shown.