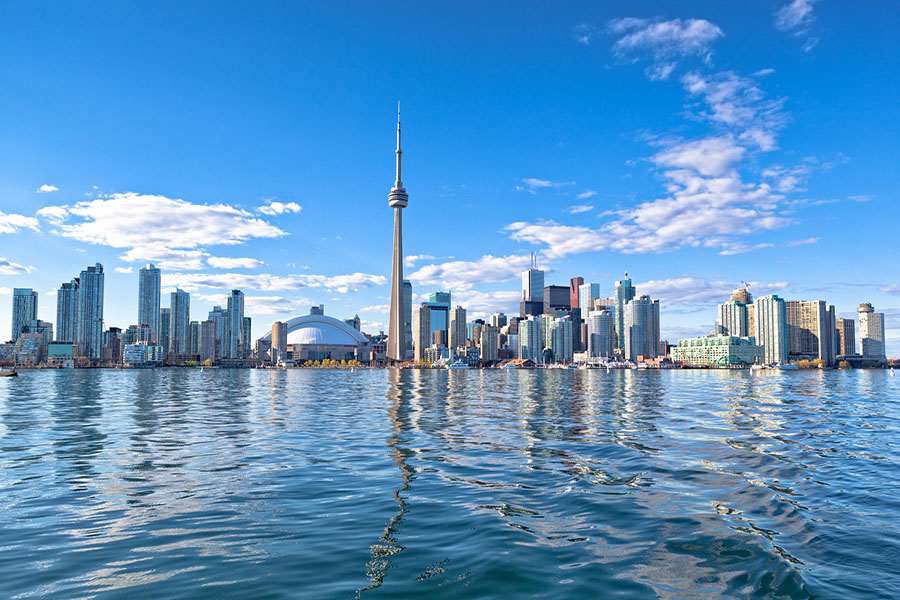 Toronto is an energetic yet easy-going city that’s quick to endear itself to travellers.

Audley Travel’s Canada specialists have put together this suggested itinerary, showing you how to see the best of the city in two days. Think of this as a starting point: their specialists will work with you, planning your trip around what you’d like to get out of your time here.

10am. After breakfast, meet your guide downtown for a cycling tour to get a feel for Toronto and its multicultural mosaic.  You’ll pass through the star-studded entertainment district (literally — look out for Canada’s Walk of Fame), and skirt the great dome of the Rogers Centre, home to the Blue Jays baseball team. Heading into Queen Street West, ride down laneways emblazoned with street art. You’ll see why Toronto is famed for its ethnic diversity as you peddle through overlapping districts such Little Italy, Koreatown and Little Portugal.

3pm. Escape city life for the afternoon on a boat ride out to Toronto’s Islands. Once full of Gatsby-esque summer homes for wealthy 19th-century Torontonians, these sand bars in Lake Ontario are now grassy parkland. Woven with biking and walking trails, they also have good swimming beaches.

Dusk. Make your way to the top of the CN Tower for dinner at its revolving 360 The Restaurant, and watch the sun go down over the lake.

8am. And if you thought the views from the CN Tower were good… today, kick off with a helicopter ride over Toronto. Expect a short but exhilarating aerial tour of the city, with views stretching over the great inland sea of Lake Ontario.

10-11am Refuel with a coffee and a ‘beaver tail’ (a fried-dough pastry with various sweet toppings), then start your walking tour of Kensington Market. Not a market as such, this grid of streets is a modern-day Bohemia, full of prayer flags, street art, and whimsical independent businesses and cafes. You’ll be guided around by a resident, who knows the quarter intimately.

1pm. Head for lunch in Chinatown, which borders Kensington Market (our specialists will share their favourite addresses).

3pm. Take a tram to Bloor Street’s ‘Museum Row’, where you can explore, among others, Canada’s largest museum, the ROM (Royal Ontario Museum). For something more unusual there’s the Bata Shoe Museum, dedicated to footwear of all kinds, and, down on Yonge Street, the Hockey Hall of Fame, which chronicles Canada’s most popular spectator sport.

7pm. Make like the locals and dine out in the Distillery District. This regenerated area of once-disused heritage factory buildings is now crammed with restaurants, arty shops, galleries, and bars.

Discover more places to explore in Canada with Audley Travel — a tour operator with more than 25 years’ experience in creating meaningful travel shaped around you.

What’s the best way to see the Maldives?

Why you should put a trip to Jersey on your wish list!

A dozen or so things you never knew about Loch Lomond and Dunbartonshire
JOIN SILVERSURFERS AND...