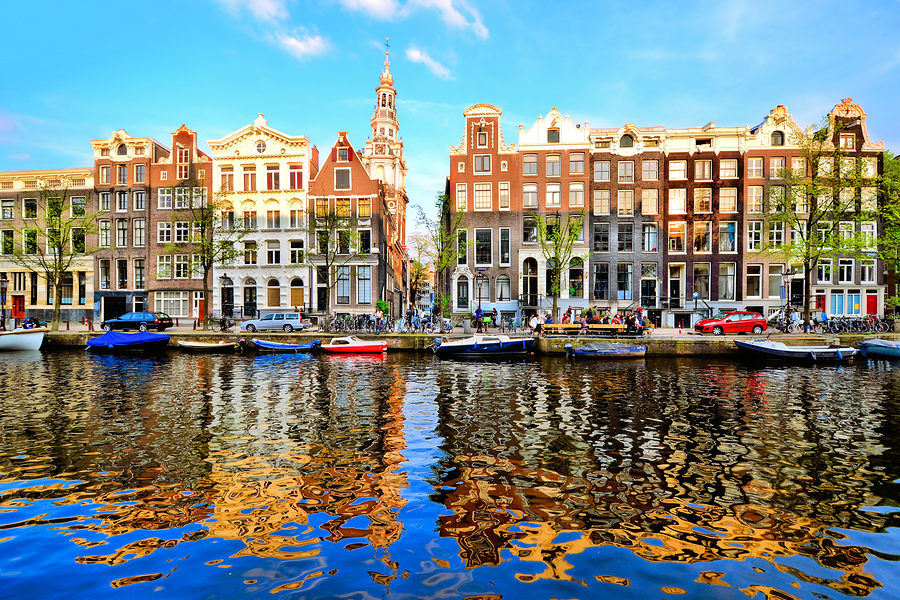 It may be infamous for its wilder side, but Amsterdam is also a world class city of culture and architecture. So step away from the stag weekends, and into the museums and galleries of this captivating European city.

The best time to go to Amsterdam is when the rest of the tourists aren’t. Summer is the high season in Amsterdam, as school holidays encourage families to take breaks and are a popular time for rowdy lads’ weekends. Airfares are also high around the Christmas holiday, meaning a winter break can often break the budget.

Instead, plan your break for spring or autumn. Amsterdam has similar weather to the UK, so you’ll be well prepared. As you stroll through the blossoming tulips, or the red and orange leaves of the Vondelpark, you’ll have the place (relatively) to yourself.

As a modern European city, Amsterdam has a range of accommodation options to suit any budget. If your wallet can stretch to a four-star boutique, you can’t go wrong with The Toren. This city centre hotel dates back to 1618, but with modern decor, you’ll be in the lap of luxury.

For a more wallet-friendly option, winner of a TripAdvisor ‘Traveller’s Choice Award 2014’, the Citizen M Amsterdam is a modernist take on a budget hotel. It’s a quirky and colourful hotel full of trendy design features.

If romance is what you’re looking for, Hotel Sebastian’s is a real gem, right next to the Haarlemmerstraat with its vibrant market.

Although Dutch cuisine doesn’t have the same reputation as some of its European peers, Amsterdam is a city that loves its food. Whether enjoying cheap and cheerful traditional Dutch pancakes (or pannenkoeken) at Upstairs Pannenkoeken, or a more fine dining experience at Vinkeles, you’re sure to get a sense of what Dutch food is all about.

In recent years, Amsterdam (like most cities) has been experimenting with fusion food, so don’t feel that, just because you’re in the Netherlands, you have to stick solely to Dutch food. Jamie Oliver has expanded his international food empire across the North Sea, and his restaurant Fifteen brings together British, Dutch and Italian food in a mouth-watering way.

Amsterdam is one of those cities where the best things to do are the most famous. The Anne Frank Museum is an absolute must for anyone with an interest in history, and it does a beautiful job of telling a story that remains poignant.

The majesty of the Rijksmuseum ranks it as a work of art unto itself, but the contents are also worth venturing in for. Containing works by the Dutch masters, including Rembrandt and van Gogh, as well as other greats, such as Goya, this is truly one of the best art galleries in the world.

But if you’ve had a long day visiting the museums and galleries of Amsterdam, there’s really nothing like an evening stroll along one of the many beautiful canals, admiring the striking (and often surprising) architecture.

Would you fancy a long weekend in Amsterdam?