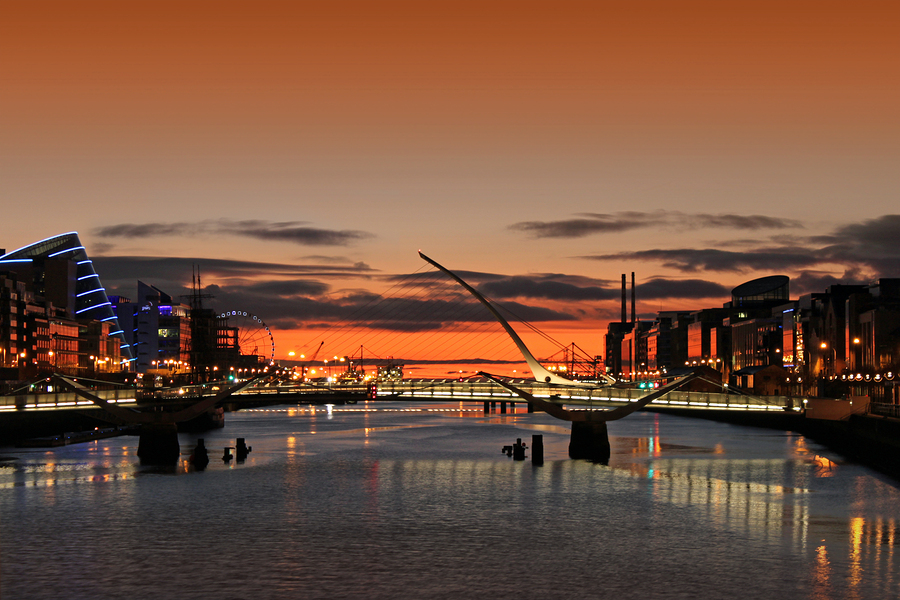 From its renowned literary history and grand Georgian architecture to its unique museums and burgeoning food scene, Dublin is proof that there’s far more to Ireland than rolling hills and frothy pints.

If you’re lucky enough to spend a few days in the Irish capital, don’t waste anytime immersing yourself in local life. Whilst other major cities like London and New York are known for their less-than-friendly locals, Dubliners were voted the friendliest people in Europe. Most will not miss a chance to ask you where you’re from and give you tips on what to do during your stay

Here’s a brief guide to get you started…

If you’re on a budget, the charming Harding Hotel provides nice, no-frills accommodation in the heart of the city centre. It also has a pub on the ground floor, which is a great place to have a bite and enjoy some live music.

Now, if you’re in the mood to really treat yourself, the elegant Merrion Hotel is everything you’d expect of five-star luxury and more. The building once formed multiple 18th-century townhouses, but it’s now home to one beautifully decorated hotel suite after another.

Delving into Dublin’s rich history is a great way to get to know the city. First, head to Trinity College for a stroll through the historic campus and a chance to gaze at the famous Book of Kells.

Jumping forward in the nation’s history, The Little Museum of Dublin, situated in a Georgian building just off St. Stephen’s green, tells the fascinating story of 20th-century Dublin. From a 1930s BINGO card to letters, postcards, advertisements and photography, the small museum offers a unique glimpse into the city’s most dynamic century.

For a peek into Dublin’s grittier past, take a guided tour of Kilmainham Goal, a former prison where some of country’s most famous rebels were imprisoned or even executed by the British or the Irish Free State. The old jail has since been turned into a museum, which tells the story of the building’s important role in Irish history.

If you’re in the mood for something a bit more lighthearted, you don’t have to be a stout drinker to enjoy the famous Guinness Storehouse, Ireland’s most popular tourist attraction. The tour will show you how the famous beer is brewed, walk you through its history and even teach you how to pour the perfect pint.

Dublin may not be the first place that springs to mind when you think of the top culinary destinations, but the city’s cuisine scene might just surprise you. For breakfast, Queen of Tarts on Cows Lane is an absolute must. It’s run by two pastry chef sisters who bake the best brownies, scones and cakes in the capital. For lunch, head to Dublin’s north side for a refreshing break from the city centre and a delicious sandwich from cafe Brother Hubbard.

After a day of dining, French-Irish restaurant Brioche is the perfect spot for a light dinner. Their French tasting plates are packed with flavour, leaving you feeling satisfied but not too full. Dinner at Brioche is also an opportunity to explore the Ranelagh neighbourhood, situated just south of the city centre.

Of course, you can’t talk about Dublin without mentioning the city’s best asset: its pubs! Nearly every major city across the globe has a pub named ‘The Dubliner’, and once you’ve been to Dublin, it’s easy to see why. The city is chock-full of top-notch watering holes, from the small and charming to the big and boisterous.

Temple Bar is the city’s iconic pub quarter, where you’ll find the beloved two-story hot spot Bad Bobs, the always cosy Porterhouse (home of the ‘world’s greatest stout’) and the aptly named Temple Bar. For a wide range of craft beers, wander outside Temple Bar and grab a stool at local favourite Against the Grain, or the friendlier-than-it-looks Brew Dock.