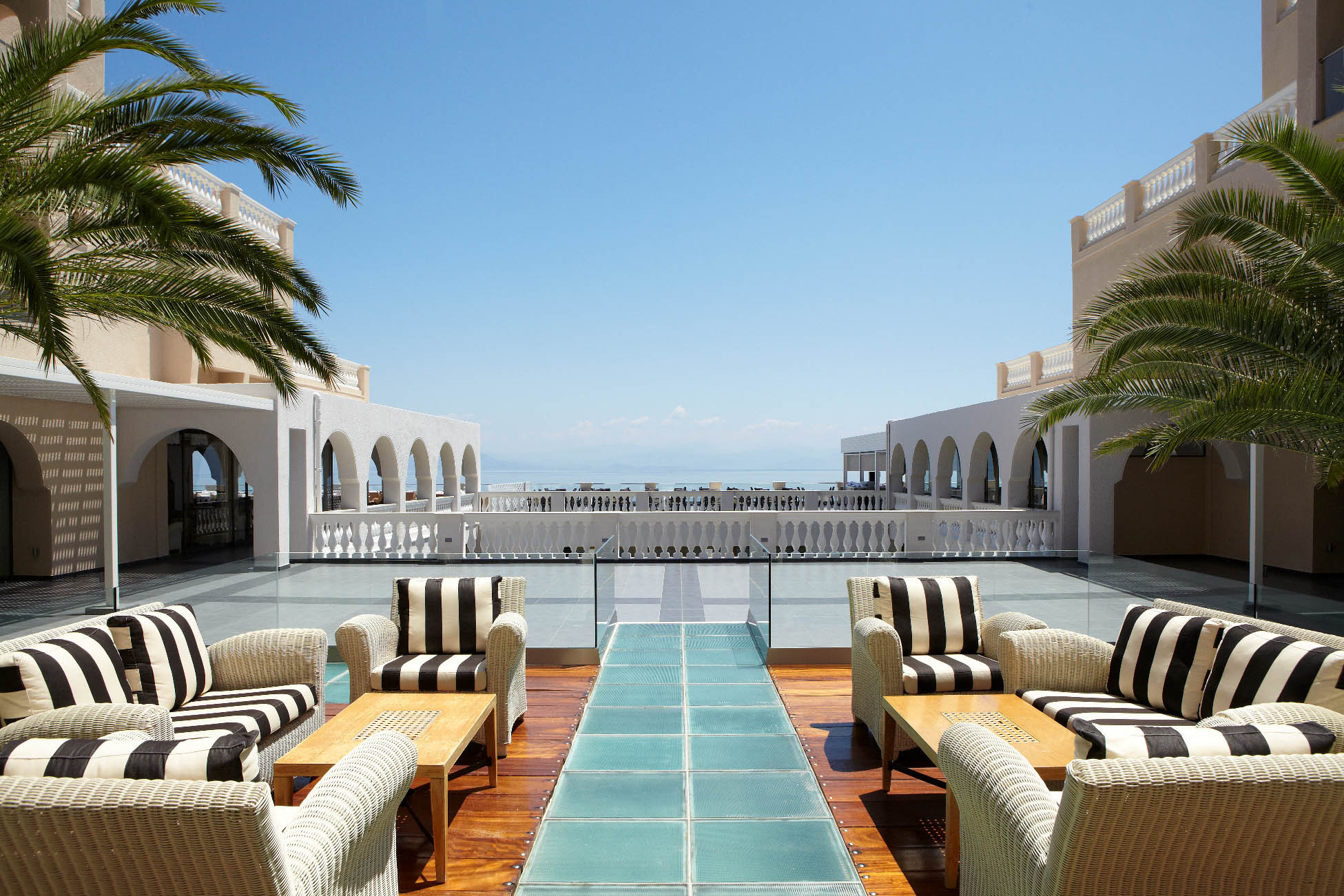 Beating the crowds on a Greek getaway

Despite ongoing financial problems in the mainland, the Greek islands provide rich pickings for holidaymakers in 2013.

It’s no secret Greece has been in financial turmoil for the past couple of years.

But as we touched down on the Greek island of Corfu – and our three-year-old finally nodded off – we felt a world away from it all.

And no wonder – the first thing that you notice as you step into the sunshine is just how green this northernmost Ionian island is.

Corfu has been revered for its beauty since ancient times, and today it’s still a place of olive, orange, lemon and cypress trees, wild flowers, and tucked-away mountain villages surrounded by its biggest attraction of all – the crystal-clear sea.

Of course, with the advent of mass tourism to the Greek islands in the Sixties, things have changed since Odysseus was shipwrecked on Corfu on his way home from Troy in poet Homer’s epic, Odyssey.

Despite the island’s popularity and some areas of over-development, however, you can still enjoy its tremendous natural beauty and, as we did, even have a beach cove to yourself.

For our week-long trip, we based ourselves at Marbella Beach Hotel, on the south-east coast of the Mediterranean island, which lies to the west of mainland Greece and the southern coast of Albania.

The view from the hotel’s stretch of beach is beautiful but prising yourself off your sun-lounger to see Corfu Town, the island’s capital, is a must.

But there’s also a splattering of British and French influence thrown into the mix.

The elegant and dazzling arcade of the Liston was modelled by the island’s French rulers on Paris, while a cricket ground in the main square was built by the British before they left in 1864.

We headed towards the city’s fortress, which dates from the 15th Century and was cut off from the island by a moat.

A climb to the old lighthouse at the fortification’s highest point is rewarded with a stunning view of Corfu Town’s rooftops and spires as well as the mainland and the Ionian Sea.

Back on ground level, we visited churches, enjoyed a long leisurely lunch and picked up souvenirs, anything from gold jewellery to olive oil soap and kumquat sweets.

The kumquat is grown all over the island, having been brought to Corfu from Asia by the British, and is used to flavour everything from cake to alcohol.

The small orange fruit is not the only food that’s been introduced by outsiders. The French and Italian occupiers also shaped much of the island’s culinary palette.

One of our favourite food spots was The Village Taverna, located in Moraitika near our hotel, where a father and daughter cooked and served simple, traditional food on tables next to a garden bursting with colour.

Another was Klimataria, or The Grape Vine, run by a husband, wife and their son, in the harbour of Benitses, where our exquisite Meze of courgette fritters, fried cheese, anchovies, calamari, mussels and scallops matched what is served at London’s top restaurants.

Back at our room, however, at the five-star Marbella Beach Hotel, there was absolutely no mistaking where we were.

Our ultra-stylish, comfortable and spacious Delux Double Sea View room looked out to stunning views of the Ionian Sea.

The hotel has its own stretch of beach with Blue Flag status, reached by walking through a garden with the scent of pine needles.

By the afternoon, the sea was so still I felt as though I’d jumped off the jetty into bathwater – but with a view of lush, green hills.

For those who prefer the pool to the beach there’s a generously-sized seawater infinity pool, two freshwater pools, and two children’s pools.

And if you can’t stay still for long, Marbella Beach has tennis and volley ball courts, canoes and pedalos – or a spa and sauna and pool and beach-side bars to just relax.

The thought of sitting by the beach all week was tempting, but we wanted to explore more of the island.

While you need to be prepared to get lost a few times, hiring a car for the day is a great way to see Corfu.

We drove through villages hidden among landscapes of olive and cypress trees, and stopped off at beaches on our way north.

We also managed to pack in a visit to the grand Achillion Palace, built as the summer retreat for an Austrian Empress who was assassinated shortly after its completion.

While the house and its grand staircase, built in 1891, is impressive, it’s the mansion’s roof terrace and gardens, containing a gargantuan statue of Achilles, which are the biggest treat.

But my favourite way of seeing Corfu was on a traditional, wooden, fishing boat.

We sailed around the north-east coast of the island, with a view of the Albanian mountains on one side and Corfu’s coastline on the other.

Captain Antonios Markos pointed out a stretch of coast dubbed Kensington-On-Sea, given the moniker because so many of the British super-rich have luxury villas there.

Our trip also took us past the house once lived in by My Family And Other Animals author Gerald Durrell, the naturalist who is famous for his writings about Corfu.

At the beautiful, quiet spot of Agni Bay, we stopped for a swim and a coffee at one of three small tavernas on the beach, each with their own jetty.

Our next stop was said to be only accessible by boat.

As a result, our little group on the boat trip had the pebbled beach backed by forest – and with not even a sun-lounger in sight – entirely to ourselves.

As he handed out glasses of his home-made wine, he said of the boat trip: “This will be your little Odyssey.”

Sherna Noah travelled to Corfu as a guest of Sovereign Luxury Travel who offer 7 nights at the Marbella Beach Hotel, Corfu from £489 pp on a half-board basis, departing on the April 27, 2013, including easyJet return flights from Gatwick Airport and private transfers. Price based on 20% early booking discount, complimentary room upgrade and