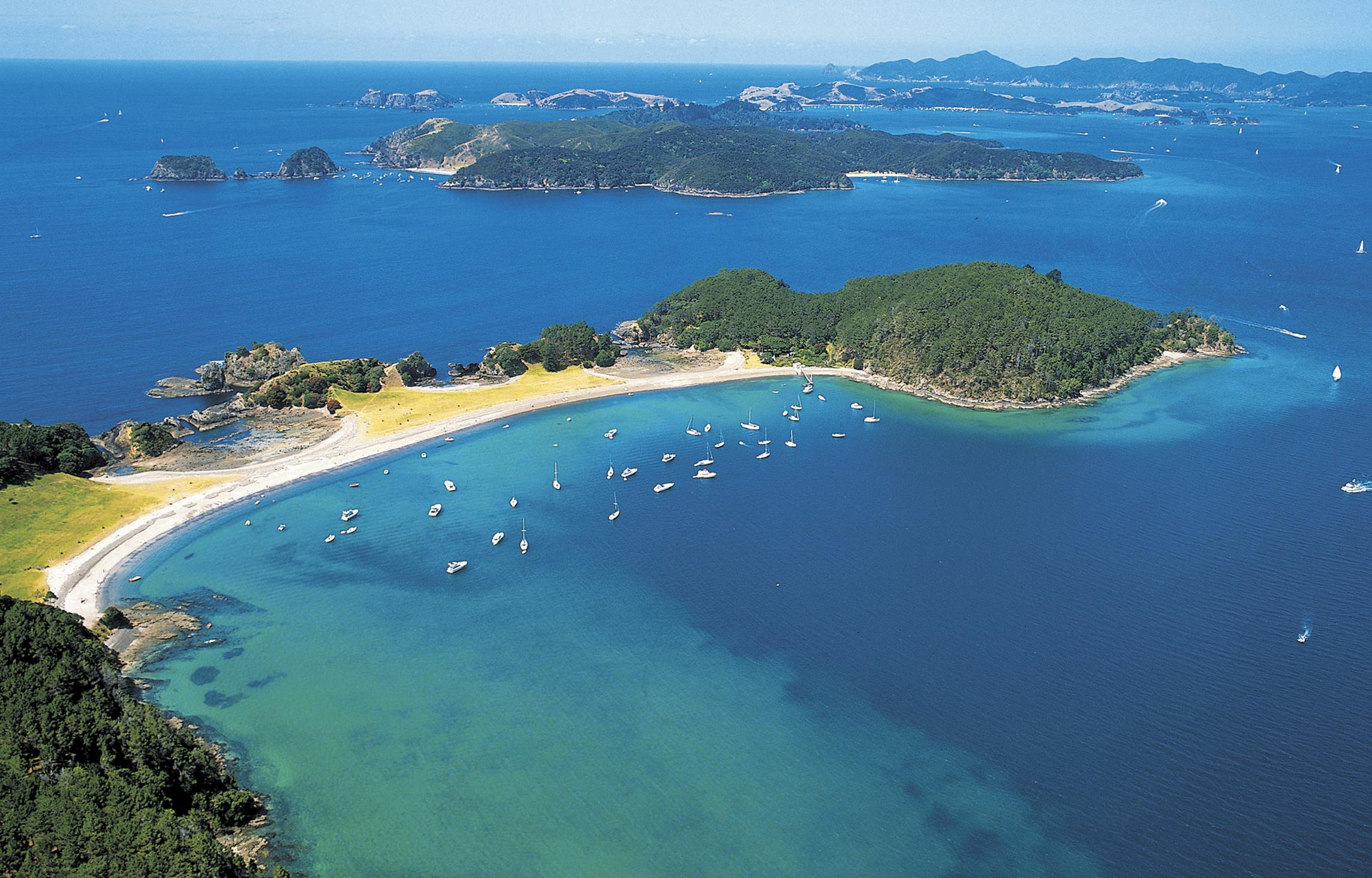 Coached into an adventure

Speeding along New Zealand’s northern beaches in a coach, Peter Beal discovers how to explore Maori country the easy way.

The stretch of brilliant white sand ahead seems endless, as our coach speeds along an unlikely public highway.

Flanked by massive dunes and the crashing breakers of the Tasman Sea, the Ninety Mile Beach which stretches along the coast of New Zealand’s North Island is believed to be the world’s third longest uninterrupted beach, and a sight of staggering natural beauty.

As we leave a trail of spray in our wake, inside our coach a group of happy and relaxed holidaymakers are looking eagerly out of the windows.

After a couple of weeks travelling with Titan HiTours, a company who arrange everything from picking you up from home, to looking after your luggage, these travellers had long since relinquished any feelings of stress.

Our journey guide-cum-driver, Aucklander Steve Gilchrist, explains that the Ninety Mile Beach is actually closer to 60 miles long. But while no-one quite knows how it got its name, it is no less breathtaking for that.

Wild horses roam this massive expanse of shifting dunes which climb hundreds of feet high, while seabirds such as petrels and albatross swoop over the waves, and bright-billed oystercatchers peck their way along the shoreline.

Sacred to the Maoris, this coastline has a rocky outcrop on Cape Reinga at its northern end marked by a lone gnarled pohutukowa tree. Legend says the spirits of the dead enter the sea here on their way to a spiritual homeland.

Closed to tourist rental cars, Ninety Mile Beach is not to be tackled lightly. The occasional car roof peeping from the sand bears testament to former hapless drivers who misjudged tide times.

We were on the final leg of our 23-day journey around New Zealand.

Among many incredible sights is the Bay of Islands, a beautiful and historic part of the country, where in the late 18th century, a young naval lieutenant called James Cook first landed, and gave the inlet its name.

Then in 1840 some 46 Maori chiefs signed the Treaty of Waitangi with representatives of Queen Victoria, gaining full colony status – although controversy continues to this day over differing translations in English and Maori and whether it actually gave sovereignty to Britain.

The restored Treaty House has since become part of a visitor centre, where the UK, New Zealand and Maori flags fly from a flagstaff overlooking the bay. And across the grass is the Maori meeting house (whare runanga) built in 1940.

On a summer’s evening there are few more enchanting places than the Bay: wooded slopes of more than 150 islands stretch as far as the eye can see across the sparkling blue water.

These days it’s hard to believe this was New Zealand’s 19th century capital – populated by whaling crews, escaped convicts, traders and rogues. Packed with brothels, grog shops and gambling dens, it was known as the ‘Hellhole of the Pacific’.

Now quaint shops and tasteful restaurants are the order of the day.

The Bay of Islands may be the jewel in the crown but the rest of the North Island is no less captivating. Much of the Lord of the Rings trilogy was filmed here and the starting point for anyone arriving by the three-hour ferry from the South Island is New Zealand’s capital of Wellington.

Although rather a functional place, the city does contain the magnificent museum of New Zealand on the waterfront, known as ‘Te Papa’.

Also fun to visit is the parliament building, a sort of mini-Westminster with a quirky pub, The Backbencher, across the road, packed with Spitting Image-type models of MPs and an excellent menu.

From Wellington, we swung north over the Desert Road and beyond the peaks of Tongariro National Park – one of them, Mount Ngauruhoe, was Mount Doom in Lord of the Rings.

We then reached the thermal wonderland at the centre of the island, Lake Taupo. Nearly 1,000 feet deep, it’s actually a volcanic crater and the earth’s crust between here and Rotorua to the north is so thin that steam and fumes are strong enough to drive the area’s own thermal power station.

The best thermal park is Wai-o-tapu (place of sacred waters) where brightly-coloured minerals rise to the steaming surfaces to form the Artist’s Pallet and the Champagne Pool. Lady Knox geyser spouts 40 feet into the air to delight the crowds every morning – its punctuality helped by a handful of soap.

Of New Zealand’s four million population, around a third live in and around vibrant Auckland, the City of Sails, whose iconic skyline dominates one of the world’s great harbours. With 2,500 vessels, Westhaven marina is the biggest in the southern hemisphere.

Adrenaline junkies love the place. Bungee jumpers leap from the harbour bridge or the 1,076-foot Sky Tower, attached by elastic.

Saner pursuits include a cruise round the inlets, bays and little ports nearby (around £14 for 90 minutes) or a meal in Viaduct Harbour, where bistros and seafood restaurants around the yacht basin buzz at night.

A 15-minute bus journey takes you to the weekend beach playground of Mission Bay, where the renowned Fish Pot Café boasts the finest fish and chips in the city for around £10. They’re probably right.