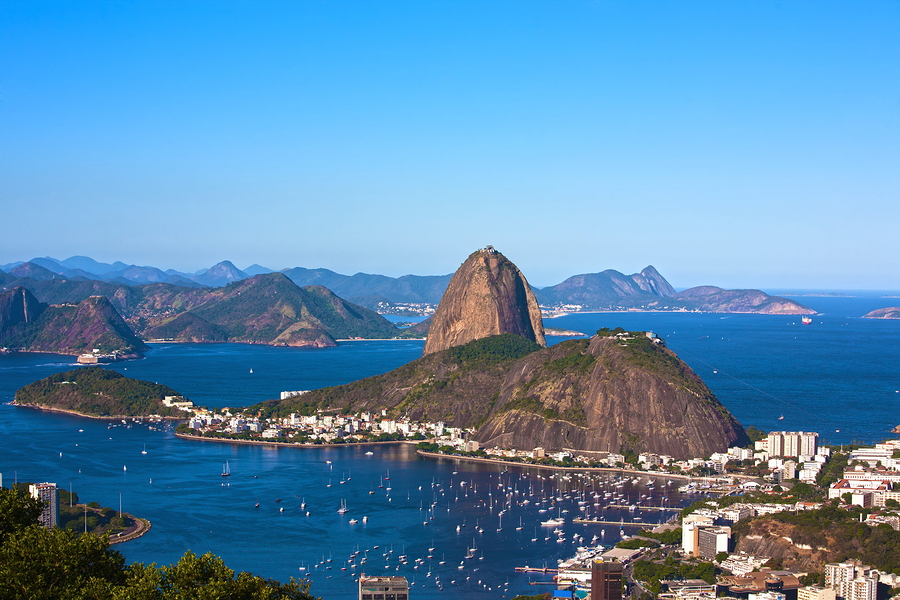 Rio de Janeiro is without a doubt the most exotic city in the world!

Famous for its incredible setting with fabulous beaches and towering jungle clad mountains, in the middle of skyscrapers and residential areas, Rio really does take some beating. Sprinkle that with an exciting buzz, pulsating music and a love of life from the  locals who are known as “cariocas”, and you have a stunning experience.

Home to some of the most famous beaches in the world; Copacabana which has 3 miles of beautiful curving white sand and Ipanema beach, the home to the famous “Girl from Ipanema”, and overlooked by gigantic rocks a thousand feet high, called the “Two Brothers”. 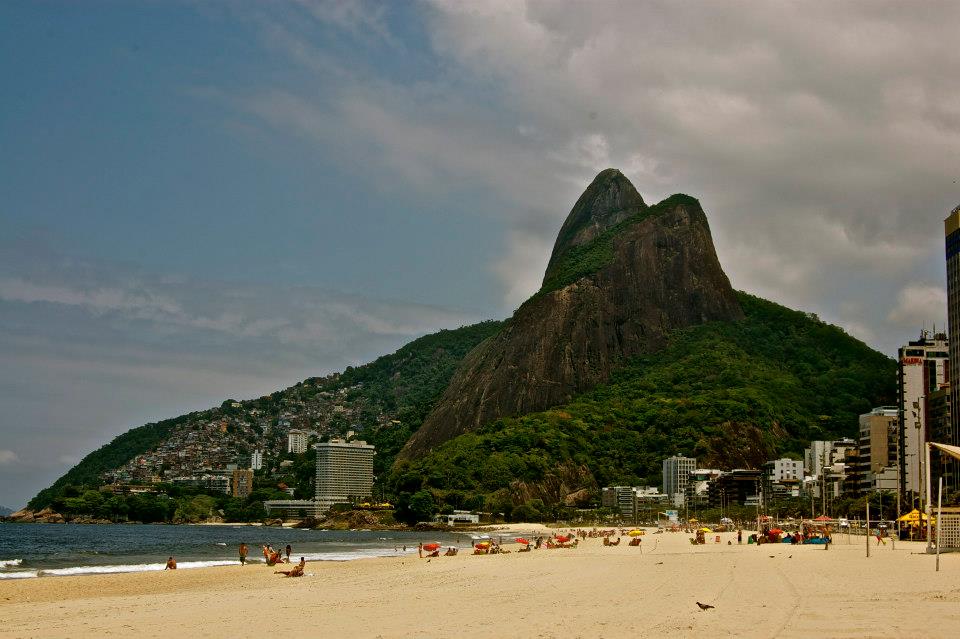 The first time I visited the city in 1986 we had fallen asleep on Ipanema beach at nine in the morning; by eleven o’clock when we woke up there must have been a million people on the beach towel to towel; a truly amazing site!

At the end of Ipanema is Leblon beach, which is the most fashionable part of Rio, with quaint tree lined streets and wonderful restaurants. One of the best restaurants in Leblon is Zuka www.zuka.com.br which is packed day and night. The food and service are unbelievable and truly cosmopolitan; we had the best steaks ever; the staff were incredibly friendly and you need to reserve a table or risk spending an hour waiting outside! Next door is another great dining experience a bar called Brigitte’s with an amazing atmosphere. 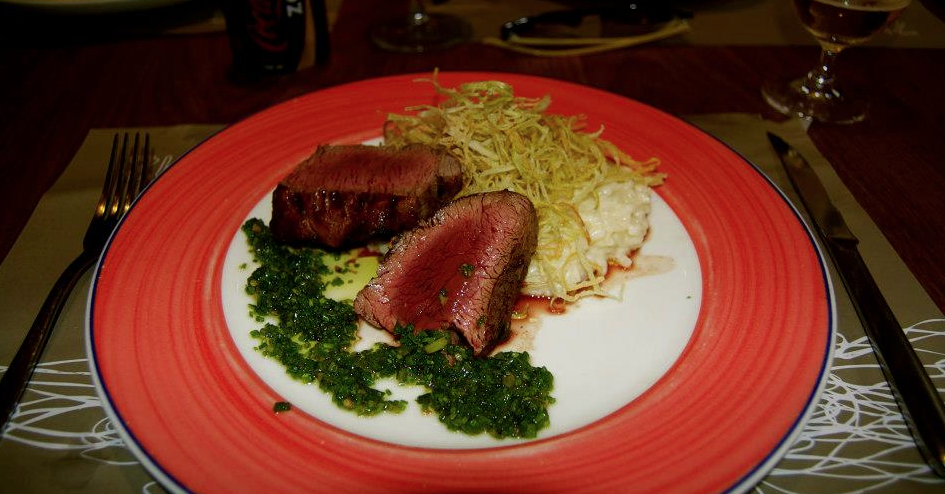 Copacabana beach, especially at the weekend, is fantastic; with most of the major roads which frame the beach being closed off to motorists, and so are pedestrianised with families, joggers, jugglers and markets all vying for space. No wonder the Brazilians are so talanted at football; there are games being played all over the beach with lots of volley ball being played as well. Enjoy a cold beer or a coconut with the top sliced off and a straw at one of the many beach bars. It really is a great way to spend a few hours.

The best restaurant we found on Copacabana is an Italian one called Don Camillo on Avenida Atlantica which is full of character with tables inside and outside and excellent food; try the Crayfish, Shrimp and Asparagus Risotto with roasted Cherry Tomatoes, enjoyed with a cold, crisp Chilean Sauvignon Blanc and you will be in heaven!

A short taxi ride from the beaches towers the 2,300 foot mountain of Corcovado in the Tijuca Forest mountain park topped by a 130 foot statue of Christ the Redeemer. Visitors enjoy one of the most incredible views anywhere in the world. Sugarloaf Mountain a few miles away rises 1,300 feet straight out of the sea and can be reached by cable car and has equally dramatic views. From both mountains panoramic views can be enjoyed over beaches, cityscapes and lush tropical forests. 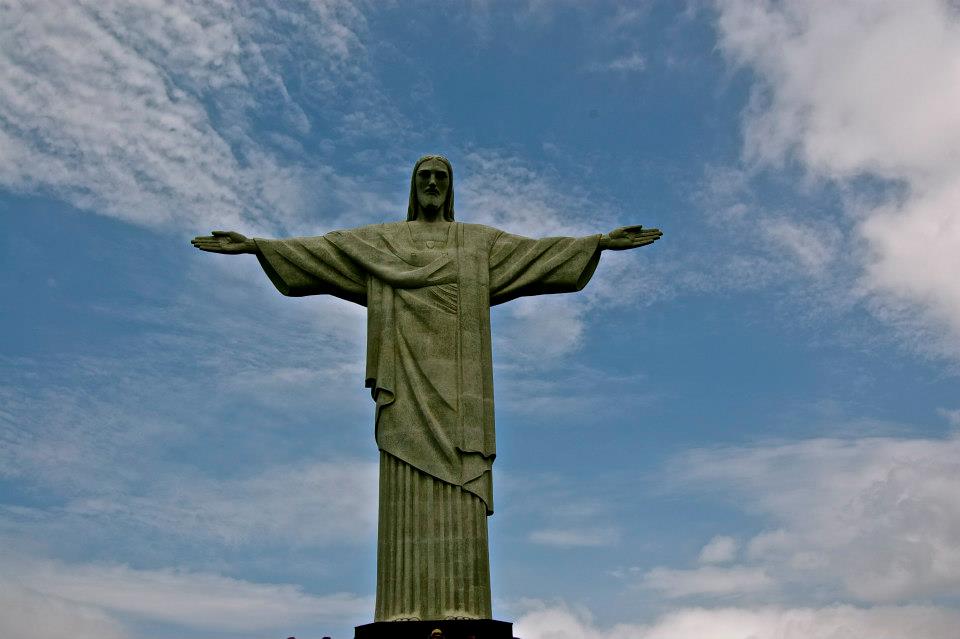 There is so much to enjoy in Rio; visit the Maracana stadium the largest in the world and home to the World Cup football in 2014 and the Olympics in 2016. Go to a Samba school and see some of the most amazing dancing ever. Take a trip outside of Rio; only two hours south you can go on a romantic schooner to islands sprinkled like pearls across the sea.

Another stunning place not to be missed is Escadaria Selarón; a set of world-famous steps in Rio de Janeiro, Brazil. They are the work of Chilean-born artist Jorge Selarón who claims it as “my tribute to the Brazilian people”.    In 1990, Selarón began renovating a dilapidated steps that ran along the front of his house. At first, neighbours mocked him for his choice of colours as he covered the steps in fragments of blue, green and yellow tiles – the colours of the Brazilian flag. It started out as a side-project to his main passion, painting but soon became an obsession. He found he was constantly out of money so sold paintings to fund his work. It was long and exhaustive work but he continued on and eventually covered the entire set of steps in tiles, ceramics and mirrors. Definitely worth a visit.  And then of course there is the Rio Carnival in February which is one of the great festivals held in the World. 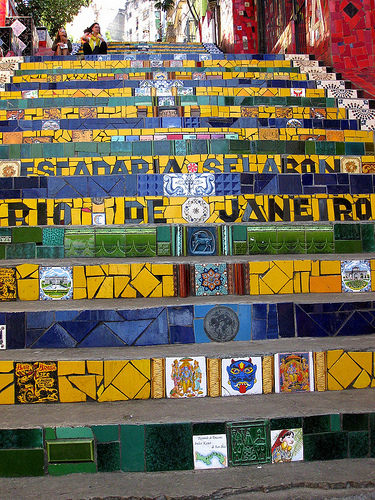 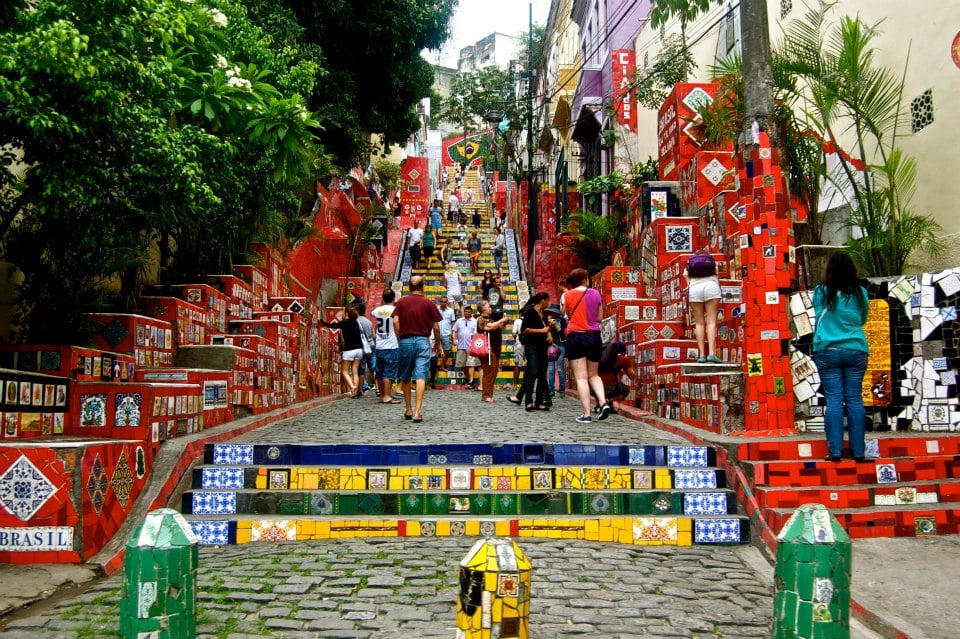 With this the World Cup and the Olympics coming up, Rio really is a destination to enjoy!

To get there fly on British Airways, www.ba.com. We stayed on Copacabana beach at the Astoria Palace Hotel which can also be booked at ba.com or hotels.com. Its modern, clean and full breakfast is included in the package. To explore Rio I would recommend a city guide from Lonely Planet http://www.lonelyplanet.com/brazil/rio-de-janeiro packed full of great ideas and suggestions.