This site uses cookiesClick here to remove this messageMore information
Welcome to Silversurfers - features, offers, news & social forums for the over 50s...
Silversurfers
Log In Join
Silversurfers
Menu
Articles
Articles TravelDestination FeaturesFood for thought Down Under 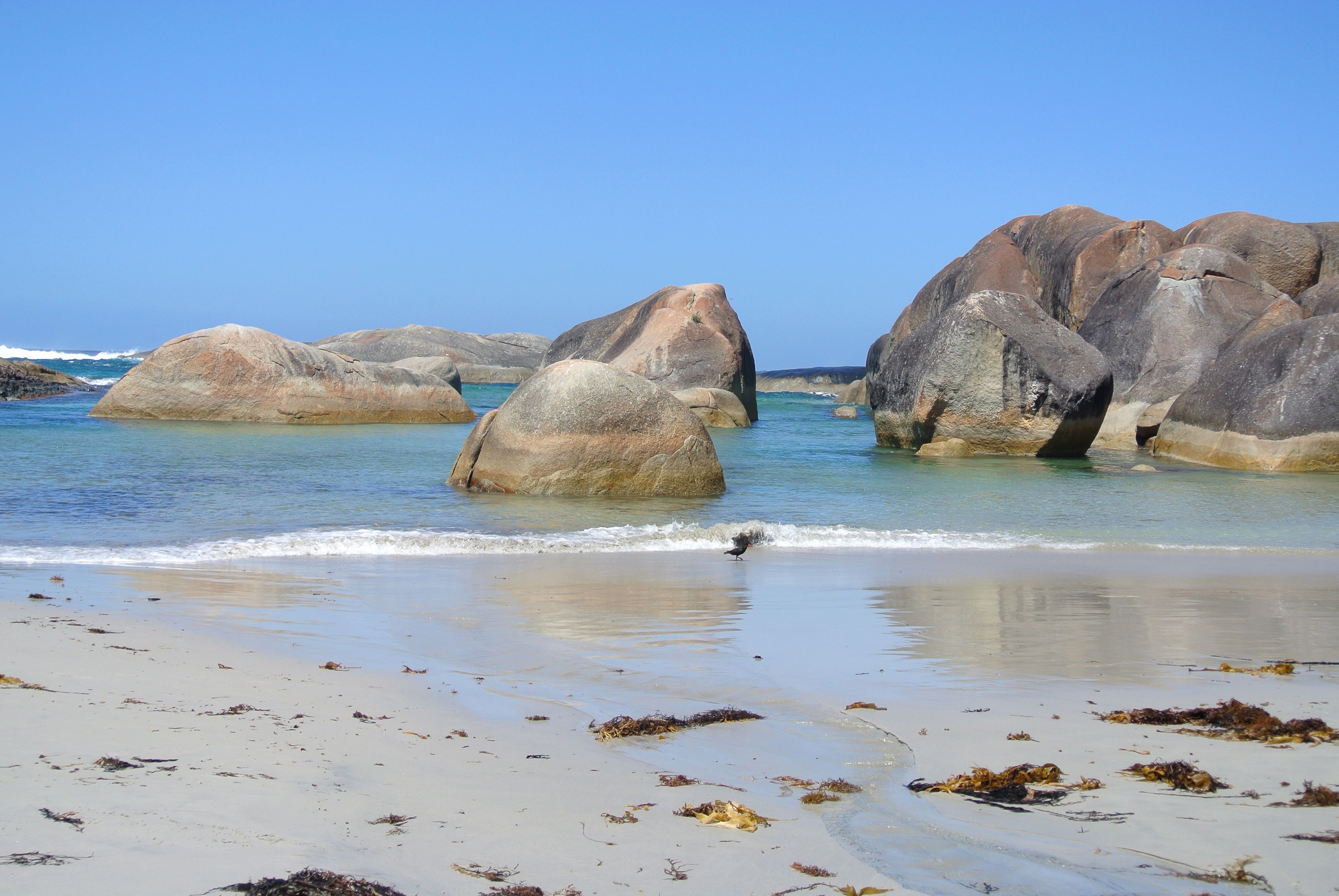 Food for thought Down Under

Fine wines, black truffles and even kangaroo tail are on the menu for Lauren Taylor when she visits an exciting new food festival in Margaret River, Western Australia

As I lie in bed, sunlight drenches the Southern Ocean stretched out in front of me. Colours shifting, the horizon slowly melts into the sky as the sun rises over an endless expanse of white empty beach.

If it sounds like the stuff of A-list holidays, that’s because it is. Lady Gaga once slept in this exact bed, and even penned a few of her hits here.

I’m staying at the private retreat, Maitraya, perched on the cliffs of Western Australia’s south westerly coast, near Albany. With the beautifully rugged coastline of the Torndirrup National Park close by, there’s something about this area of the world that feels wild, untarnished and undiscovered.

The composition of the Mediterranean-type weather, soil quality and proximity to the ocean, create vital conditions for Western Australia’s biggest asset: its food and wine. 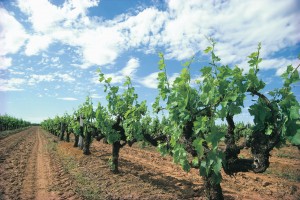 I attended the inaugural event in the hope of discovering why Western Australia has such an exciting food story to tell.

As I weave my way through the crowds at the iconic Leeuwin Wines estate, where Gourmet Escape is held, there’s an exciting buzz in the air. The smell of fresh produce being tossed around in pans is mouth-watering.

There’s practically a Michelin star everywhere I turn. I’m in the company of Rene Redzepi, head chef of Noma in Copenhagen (winner of industry leader Restaurant magazine’s best restaurant award for three years running), David Chang of Momofuku in the US and Sat Bains, whose eponymous Nottingham restaurant holds two Michelin stars. Heston Blumenthal, originally the face of the festival, sadly couldn’t make it after two of his Fat Duck chefs were tragically killed in a car crash.

We’re a three-hour drive south of the most remote state capital city in the world, Perth, so the chefs must really believe in Western Australian cuisine to congregate in such an out-of-the-way place.

As Rene Redzepi tells me: “Travelling anywhere, you want to eat something distilled from the place you are in – I wouldn’t want to travel to Singapore and have a French meal.” Luckily, Western Australia is blessed with the means to produce amazing ingredients.

To be honest, I thought I’d be chewing a piece of kangaroo or an emu steak in the land down under, but apparently kangaroo is what people feed their cats here.

The international chefs don’t seem to agree, though – Rene says the kangaroo tail is delicious.

During the three-day festival we watch cooking demos, listen to panel discussions and squirm as the Australian audience shift awkwardly in their seats at British food critic AA Gill’s on-stage banter.

Pop-up stands from restaurants all over Western Australia cook up delights on site. I trade my GEMS (festival currency to make you forget how much everything costs) for chicken liver parfait with Manjimup black truffle and chardonnay jelly from local restaurant Must. It’s all very civilised with the sun beating down and a glass of one of the many wines on offer in my hand.

Margaret River is fairly young in age compared to other wine regions of the world but is famous for its internationally acclaimed cabernet sauvignons and chardonnays. Other varieties attracting worldwide recognition include semillon, sauvignon blanc and shiraz.

But the region has more to offer than just exquisite wine, as I discover over lunch at family-run Cullen Wines. A trio of seared local squid, grilled Esperance scallops with squid ink, and grilled whiting is served with Cullen Wine’s 2010 ‘Kevin John’ Margaret River Chardonnay. Next, a local Arkady lamb rump dish is coupled with their flagship 2010 Diana Madeline.

The restaurant harvests its own vegetables so even the side dishes – such as the broad beans with parmesan – are worth writing home about. And how often do you leave a restaurant raving about the green veg?

According to the owners of Cullen, it’s all down to biodynamic farming: a combination of ethical organic values and paying attention to the movement of the cosmos. It may involve some bizarre-sounding spiritual ideas, such as burying cow horns in the soil, but who am I to question the methods when the wine tastes this good.

Western Australians seem to have a real affinity and respect for the land and the food that comes from it. Foragers, a cookery school-cum-restaurant 90 minutes south of Margaret River in Pemberton, couldn’t demonstrate that better.

Generous sharing plates of natural, honest food line the long tables and the head chef, Sophie, seems genuinely humbled by and respectful of the local ingredients. Her dishes are unpretentious and the natural flavours are kept wild, pure and rugged.

We overnight in Pemberton at the Karri Valley Resort, which feels a bit like a very pleasant summer camp for grown-ups. The bedrooms sit on the edge of a large lake, where you can swim or kayak, enclosed by tall karri trees reaching for the blue skies.

Western Australia produces the largest amount of black truffle outside France and just north of Pemberton, in Manjimup, is Perigord Truffle producer The Wine & Truffle Co. A black Labrador, Bella, shows us how it’s done, scouting the soil underneath oak and hazelnut trees for treasure. It turns out the intoxicating aroma of truffle goes perfectly with a glass of the estate’s 2012 Cabernet Franc Rose.

A further 115 miles down the coast is Denmark. More hard-core travellers can explore this coastline by walking the 970km Bibbulmun track. We take on a small section, and emerge from an opening in the Aussie bush to find a circle of shallow turquoise water enclosed in a scattering of rocks. Green Bay is a natural pool so idyllic it feels like the kind of setting where a Hollywood A-lister might passionately embrace his leading lady.

But what makes Denmark most memorable is Howard Park Wines. Rich and full-bodied, their distinctive flagship 2008 Abercrombie Cabernet Sauvignon is almost worth the 9,000-mile journey from the UK alone. And in this moderate southerly climate, their Riesling variety grows well too.

The most exciting thing about Western Australia’s cuisine is that it’s constantly evolving. Chefs are still finding new or forgotten ingredients right on their doorstep. Rene Redzepi excitedly tells me about the Mulga tree (a small native shrub) and the Goanna lizard he discovered while out foraging. Apparently the green fat is delicious.

With so much bush land, forest and sea to explore, the culinary possibilities are hugely exciting. Locally sourced food is a huge part of indigenous tribes’ culture too. Sydney chef Peter Gilmore credits the diversity of ingredients with Western Australia’s six seasons of the year, a reference to the aboriginal Noongar calendar affecting fish spawning and animal migration.

Local chefs seem to be looking back to the region’s strong indigenous roots, as well as forward, to make the most of Australian produce in Australian cuisine.

:: From November 22-24, 2013, the Margaret River Gourmet Escape will once again showcase an unparalleled line-up of more than 25 international and local food and wine celebrities, as well as a programme of beach BBQs, indulgent long lunches, exclusive dinners with the world’s best and wine tastings. A day ticket starts at 63 Australian dollars (approx £42). Tickets go on sale on June 2 (www.gourmetescape.com.au/).