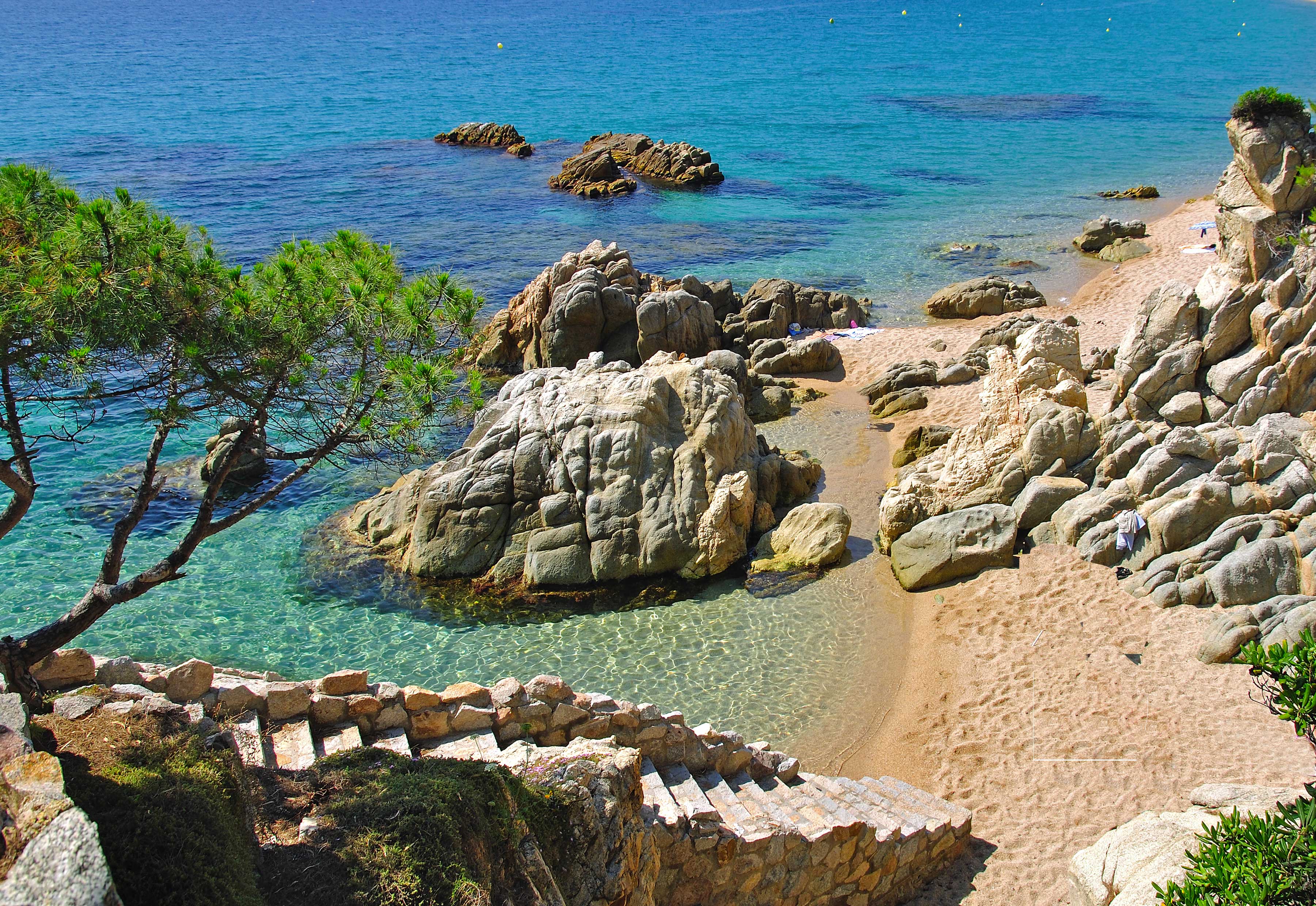 Running from Blanes to the French border in the north of the country, it was one of the first places in Europe that UK tourists visited when flights started to become more affordable, and its popularity has continued to grow ever since.

Here’s our guide to the Costa Brava if you are one of the many people planning a trip there this summer.

Girona is the closest airport to many of the main resorts on the Costa Brava, though the availability of flights is limited. Most people decide to travel to Barcelona, which has a far greater choice of UK airports to fly from, as well as cheap deals being easier to come by. The flying time to either airport is around the two hour mark, no matter where you depart the UK from, and the transit time from Barcelona to the main resorts on the Costa is also around two hours.

As with most of Spain, if you are looking for sunshine and warmth then it’s best to go in the summer months – between June and September you are pretty much guaranteed sunshine, even if the odd day is a bit cloudy. Temperatures in the summer can range between the mid-twenties and mid-thirties, depending on whether there is a heat wave at the time. Out of season it’s generally more pleasant and milder than the UK, but you aren’t guaranteed the sunshine.

There are a couple of resorts which are very popular with tourists from the UK, meaning they have a great atmosphere with people wanting to enjoy themselves well into the evening. Lloret de Mar and Calella are the two biggest in the area and have the widest range of cheap holidays to the Costa Brava on offer. Lloret de Mar in particular often attracts younger groups, as well as stag and hen parties looking to take advantage of the good nightlife here. For those who want a bit of a quieter holiday, perhaps if you are a couple of family with younger children, it’s worth looking into Malgrat de Mar or Platja-D-Aro.

Being on the coast means you will be spoilt for choice when it comes to beaches, and your holiday is likely to revolve around sunbathing and swimming during the daytime. However, it’s always good to go and see some of the sites and attractions during your time away. For those looking to see some of the local heritage, there are many historical sites such as the Roman Ruins at Empuries, as well as Begur – an untouched medieval town situated amongst the hills with some amazing views. For the kids (big and small) there’s the brilliant Aqua Brava water park just to the south of Cadaques with a range of slides and pools to enjoy.

For those who want to get around and explore the local area, it’s very easy to hire a car on the Costa Brava – you’ll just need to remember both parts of your driving licence before you leave. The roads are of a very good standard, though you will need to be confident enough to drive on the right-hand side of the road and on the left of the car. If you are happy with this then you’ll be able to travel along the coastal roads and find some quieter beaches than those offered at the main resorts. Buses are also an option and generally travel between the towns and beaches with regular frequency.