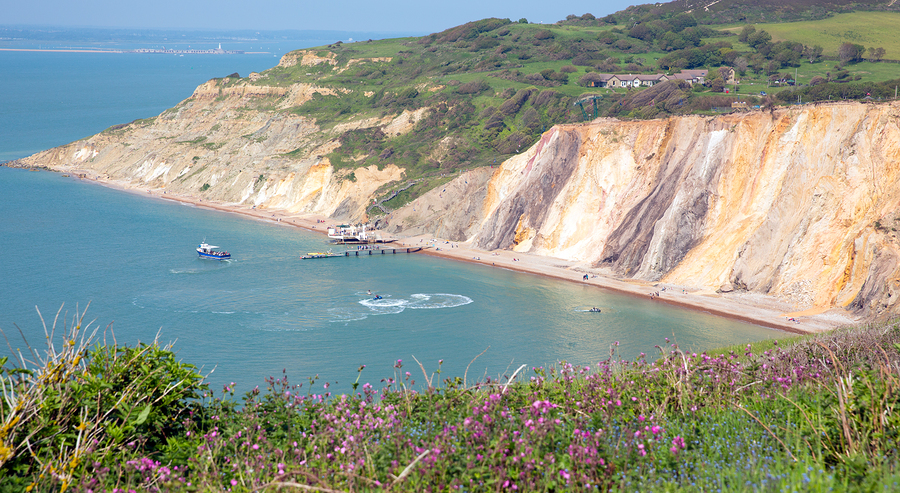 Explore the Isle of Wight – by coach

“Prince Albert” said Martin our guide “had his own bedroom too, as well as this shared one.  There were often arguments”.

It was this reassuring personal insight into Queen Victoria’s marriage that made our tour of stunning Osborne House on the Isle of Wight, particularly special.   This, her beautiful holiday home for 55 years – Victoria died in the main bedroom – was an ideal environment for their nine children to grow up in and more importantly, for the family to get some peace and quiet.  Perhaps most famous is the magnificent “Durbar” room – an Indian word meaning both state reception and hall.  It was designed by the father of Rudyard Kipling, who was the director of an Art school in the Punjab and it was created to honour the Queen Victoria’s recently acquired title “ Empress of India”

An attractive walk through the gardens leads to the sea shore which is now home to a discreet tea and ice cream café, perched next door to Victoria’s restored, bathing machine.  It’s a charming setting, and this with the house, the children’s “Swiss Cottage”  and the extensive grounds, reveals much about the royal family’s private life at the time. As an example there are separate garden plots where the young royals grew their own vegetables and then sold them to their father, enabling them to learn about agriculture and commerce, simultaneously.

Visiting the House, now cared for by English Heritage, was just one part of a coach tour of the Isle of Wight.  It was my first time on this type of holiday but I enjoyed looking out of the huge windows and listening to our driver, Derek’s, informative commentary.  My husband appreciated the absence of worrying as to what to see, where to park and how to navigate, and although we were holidaying as a couple  I could appreciate the advantages of traveling by coach as a single person too.

Derek explained that he was an “Overner” meaning he had come over to live on the Island from the mainland, while a person from the Isle of Wight, with at least a three-generation island heritage on both sides, is referred to as a Caulkhead, a term originating from the 17th century, when most of the population worked on sealing and waterproofing large boats.

“It is” we were told “the sunniest place in the UK with some of the best beaches – over 57 miles of them, lots of red squirrels and the dinosaur capital of the UK”   To my mind, though its best asset is the sea journey over from the mainland, which gives a feeling of really getting away from it all, although in actual fact it is only 4 miles!

Small as it is I could not help noticing an evident pride of being part of an island community.   This was noticeable on meeting Colin Boswell, owner of the successful garlic farm situated in the centre of the island, which first began when his mother planted some in her some kitchen garden. Now it is a thriving business, run mainly by the third generation of Boswell’s.   The café was heaving with people and there are also attractive cottages to hire and a shop filled with everything garlic related!

I had never heard of the Shanklin Chine before, so its beauty was unexpected.   We were shown over it by the effervescent owner,  Anne Springman  MBE who belying her age, climbed through the undergrowth  explaining  that a Chine  is a local word meaning deep narrow ravine formed by water cutting through soft sandstone.   “It was”, she explained “the oldest tourist attraction on the island, opened in 1817 and in the summer months it is also possible to visit at night with hundreds of lights illuminating the narrow paths, streams and waterfalls.”

The Chine was once used for smuggling, and later, Victorians such as George Eliot, Macaulay and Dickens were all admirers.  During the Second World it became a training assault course and later PLUTO (Pipeline under the Ocean) also ran through the Chine.  This was the operation by British engineers, oil companies and armed forces to construct undersea oil pipelines under the English Channel between England and France, in support of the Allied invasion of Normandy in June 1944.   There are still 65 yards of the pipe remaining.

One of the famous attractions of the Isle of Wight has to be Alum Bay and the Needles – the three distinctive stacks of chalk that rise out of the sea.  The most spectacular way of getting to them from the cliffs is via the breath-taking chair lift with its splendid sea views.  Afterwards it was good to complete the experience by taking a trip on one of the pleasure boats that leave from the jetty for trips around the Needles and the lighthouse.   The captain explained that the one rock formation that had most looked like a needle, had collapsed into the sea during a storm in 1764, but the name had stuck.

Top 5 beachfront hotels in The Gambia 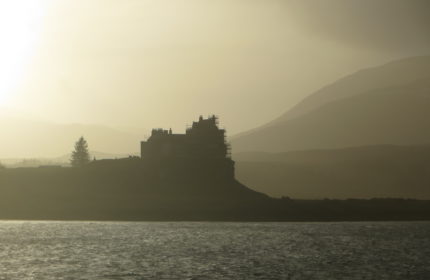