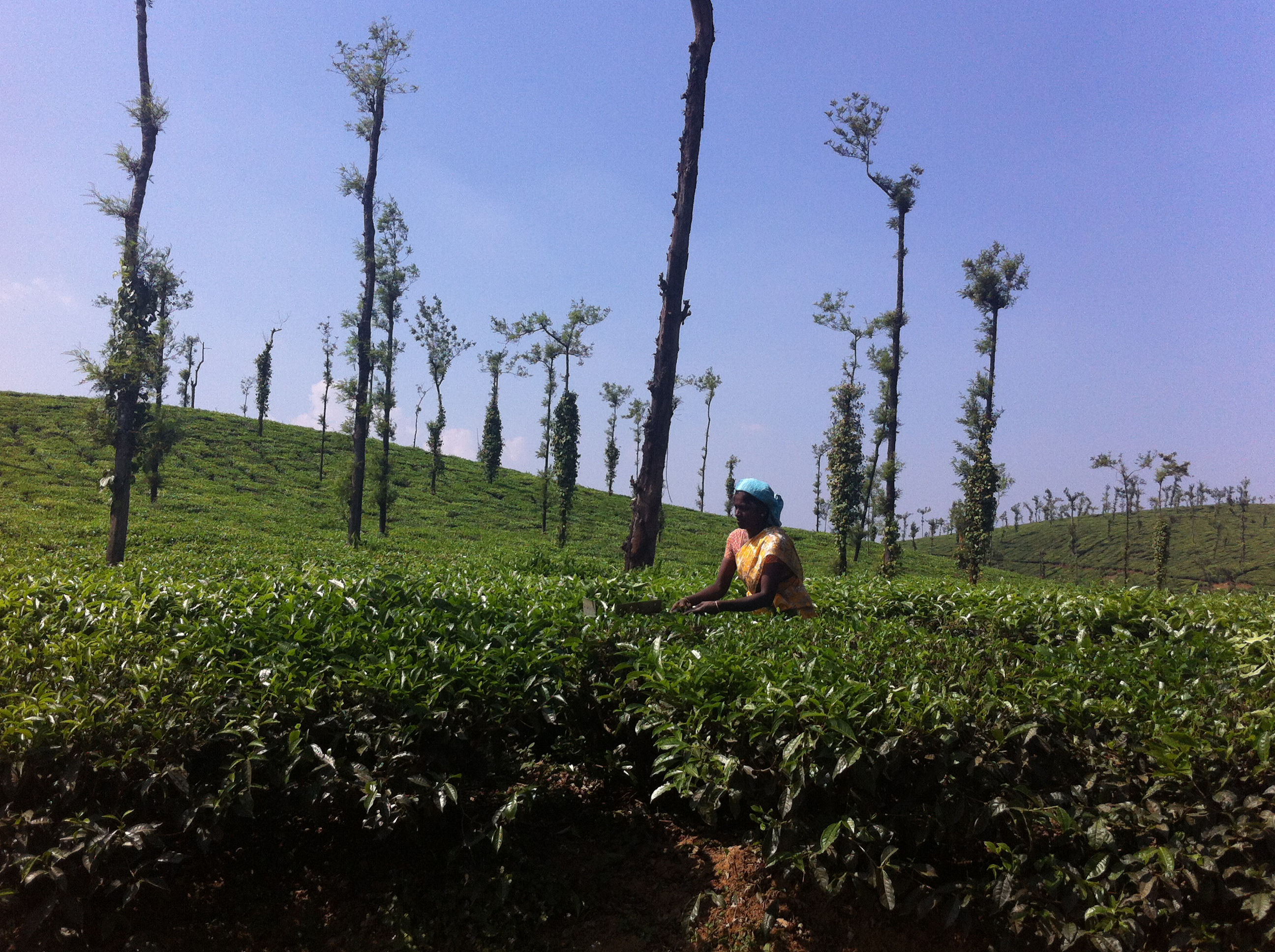 It’s as much a British institution as the royal family, but a freshly-brewed cuppa has far humbler origins. Cherry Wilson follows the tea trail to Coorg in southern India

A dozen young women chatter as they furiously shear bright leaves from tea plants that stretch like a green carpet across the plantation.

Their colourful saris and gold necklaces glisten in the sun as they fill huge brown sacks to be taken back to the on-site factory and weighed.

One lady even needs two burly men to help her lift the bag onto the scale, and I cannot help but gasp when the manager tells me that the sack weighs a whopping 80 kilograms.

“They’re really productive workers,” explains manager Bobby KJ. “The minimum they have to pick a day is 25 kilos and they get a bonus for every 10 kilos after.

In a time of technological advances, it’s hard to believe that such manual work goes into making a simple cup of tea.

But during a visit to the Glenlorna Tea Estate, in the heart of Coorg in southern India, I quickly discover that the old ways are definitely the best.

More than 300 families live and work in the fields and know little of the hustle and bustle of life outside the plantation.

Their washing lines waft in the breeze at the front of their wooden houses, which are a short walk away from an on-site medical centre built for the workers.

The employees work eight hours a day picking leaves in a 365 day operation in the only tea plantation in Coorg.

The fresh aroma of tea is overwhelming as I walk from room to room of the factory, where the tea leaves are dried, grounded and filtered ready for auction.

Tea plantations are a rare operation in Coorg, as production is mainly confined to the north of India because the weather conditions are better. But the importance of tea to Indian culture is evident no matter what part of the country you are in.

Visiting the nearby Cottabetta Bungalow, the first thing I am offered as I am greeted by the staff is a steaming pot of tea.

I have a new sense of appreciation for my brew after seeing the work that goes into my favourite beverage.

“Tea is a part of Indian life,” says Gautam Prakash, head of Plantation Trails at Tata Coffee Limited. “It’s the beverage of choice. It’s part of every meal. You start the day in the morning with a nice cup of tea and it will be served throughout the day.”

Sipping my second cup on the veranda of the colonial-style bungalow, I feel like I’ve stepped back in time to 19th century India.

Once occupied by British planters, the bungalow is hidden away among 1,000 acres of coffee plantations owned by Tata.

Only a roaring bonfire spoils the absolute silence of the garden, which is rich in vegetation and has spectacular views of the surrounding mountains.

During a guided jeep tour of the plantations, I watch birds flutter between the 200-year-old trees that extend upwards from the dark coffee bushes that stretch for 1,200 acres.

But it is a slight disappointment to learn from our guide that the luscious grounds cannot be explored on foot. He informs me that it’s for my own safety – so I don’t encounter any of the wild elephants that come to feast on the jackfruit trees. 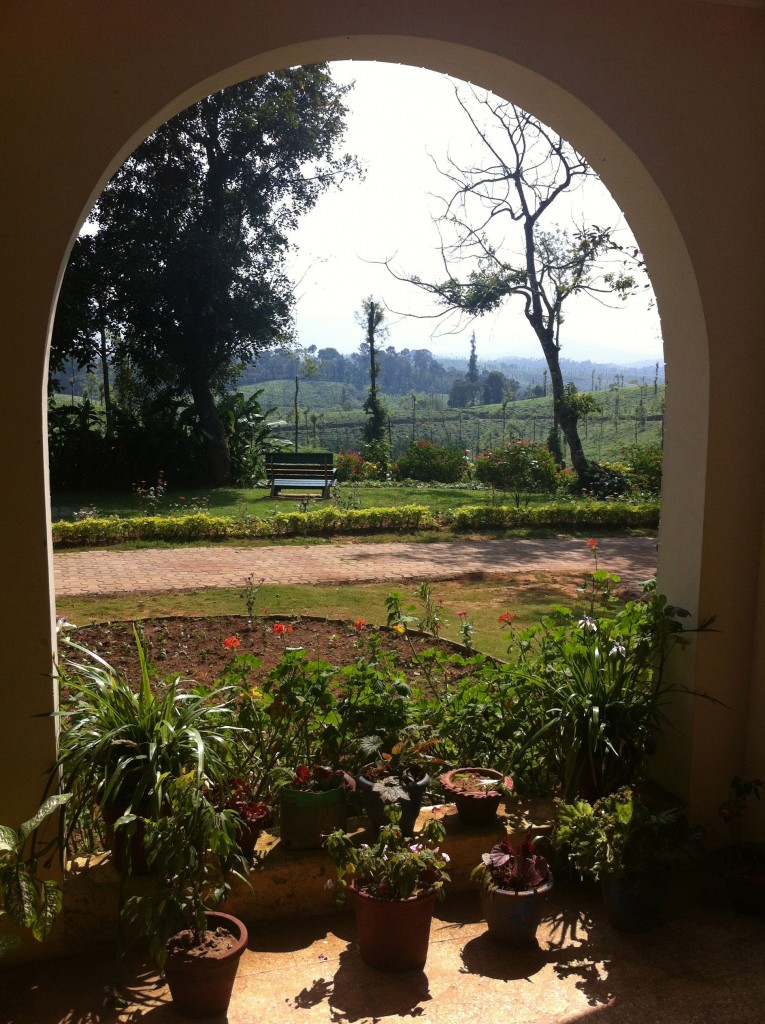 The region of Coorg is not the first choice for international tourists – particularly as it involves a treacherous seven-hour drive along heavily pot-holed roads from Bangalore airport.

But as I soak in the infinity pool at the Vivanta by Taj Hotel, I feel the knots in my muscles melt away while overlooking the rolling hills of the rainforest.

The resort has been open for less than a year and boasts 62 impressive cottages, which are dotted among the trees.

A huge amount of love and attention was given to the resort so that it complements the natural surroundings and gives its guests a feeling of tranquillity and peace.

While exploring the grounds, I’m greeted by a man known as the ‘Colonel’ who looks after an on-site museum dedicated to the history of Coorg.

His passion is infectious as he regales folkloric tales about the region.

In true India style, the conversation naturally shifts to the subject of tea.

“Tea is very important to Indian culture,” he says. “Everybody gets up in the morning and has a cup of tea.

“The feeling among tea drinkers is that it wakes you up and gets your system working.”

I quickly discover that the spicy Masala Chai tea is the most popular choice among Indians, but for an English palate like mine, it’s an acquired taste.

But I find a variety of tea flavours to satisfy my cravings during Indian afternoon high tea at the 125-year-old Taj West End Hotel in Bangalore.

I opt for the strong Assam variety as I tuck into a soft kheema samosa and gunpowder idli.

The Indian version of high tea has only been on offer for a month at the hotel but is already proving popular with both international and domestic tourists.

“Indian high tea doesn’t exist traditionally,” explains assistant restaurant manager Gayatri Vijay Kale. “But we found that it’s popular with locals who want the high tea experience but with Indian street food. They like it because the food has more flavour than the English version.

“It’s popular with foreigners who want to experience a taste of India too.”

Drinking tea is a hugely social event in India and nowhere is this more evident than in the bustling city of Mumbai.

Every street corner is littered with traditional Parsi cafes where families, friends, couples and businessmen come to enjoy a cheap and cheerful meal washed down with tea.

Sitting in the Britannia cafe, a cardboard cut-out of Prince William and Kate Middleton looks down from above as I sip on a cup of Darjeeling tea.

Its strong taste complements the sweet flavours of the chicken berry pilau dish that I happily tuck into.

“When you go back to England, can you give Prince George a kiss for me?” asks 91-year-old owner and fierce royalist Boman Kohinoor. “And tell the Queen we want her to come back to India.”

The Queen is known to enjoy a fresh pot of Darjeeling tea as a wake-up call, so it wouldn’t surprise me if she wanted to return herself.

British rule in India may have ended in 1947 but its influences in the country have had a lasting impression – particularly with the introduction of tea as a popular choice of drink.

And after enjoying a fabulous stay in southern India, it’s safe to say the favour has been returned.

Knowing how much work and effort goes into creating the drink, I think I’ll appreciate my morning cuppa even more.

Cherry Wilson was a guest of Cox & Kings (www.coxandkings.co.uk) which has an 11-day/eight-night private trip to India priced from £1,895 per person. This includes flights with British Airways, domestic flights, private transfers, a guided plantation and birdwatching tour at the Cottabetta Plantation, and accommodation with breakfast daily, including one night at the Taj Lands End, Mumbai, two nights at the Cottabetta Bungalow in Coorg, three nights at the Vivanta by Taj Madikeri and one night at the Taj West End in Bangalore. For more information on the properties, visit www.tajhotels.com