This site uses cookiesClick here to remove this messageMore information
Welcome to Silversurfers - features, offers, news & social forums for the over 50s...
Silversurfers
Log In Join
Silversurfers
Menu
Articles
Articles TravelDestination FeaturesSouth Africa – at one with the wild 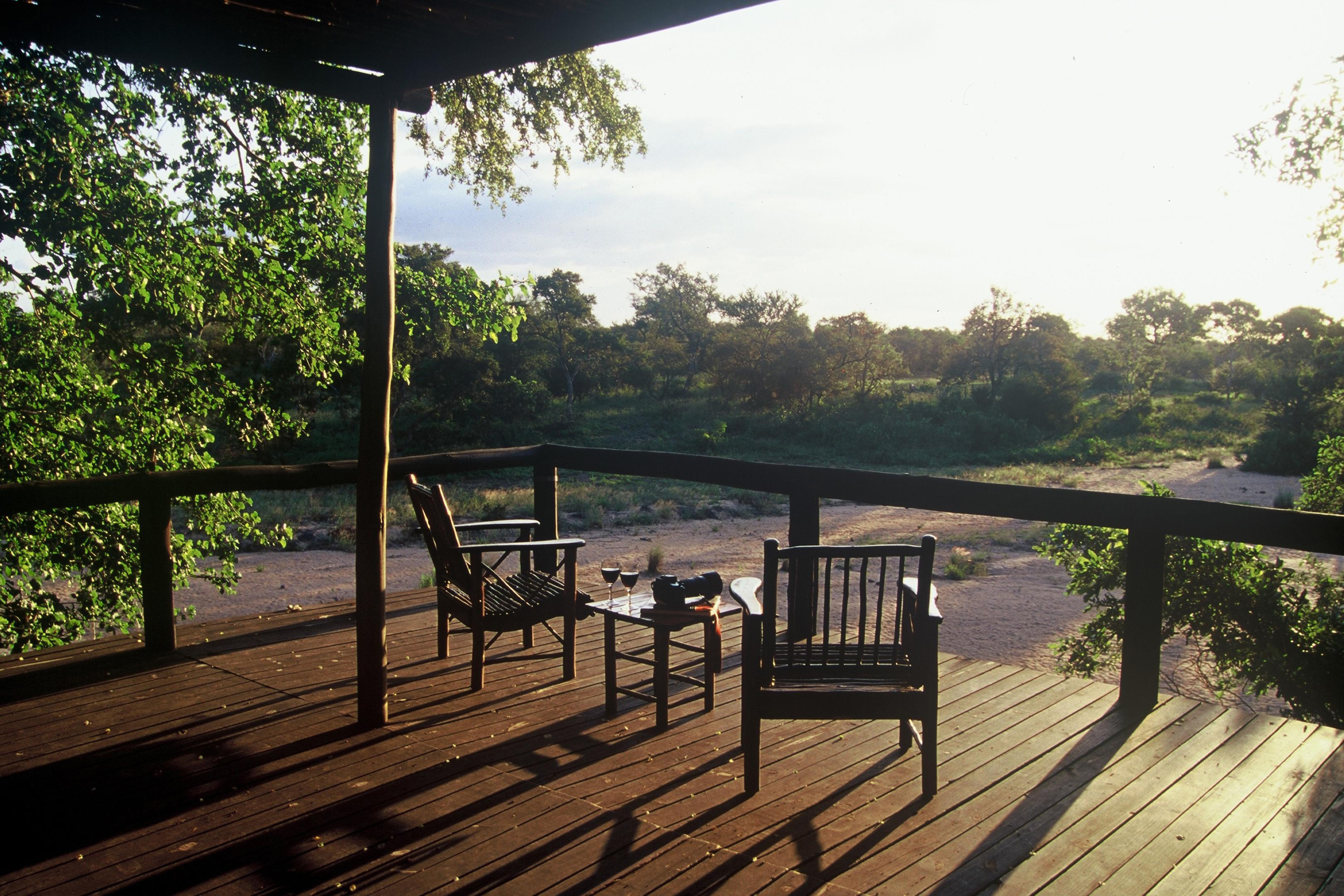 South Africa – at one with the wild

Stretched out across the dust track in front of us, two lions lie silently in the dark as we approach, initially oblivious to our presence.

Exhausted and heading back to camp after enjoying sundowners under a South African sunset, we pull off the track, killing our lights and turning off the engine.

Without warning, the new-found silence is shattered by a deafening roar and the male adeptly springs to his feet, moving quickly towards the front of our open-top truck as my heart skips a beat.

There, just a few feet in front of us, with its canine-bearing jaws wide open, the lion paces back and forth and our guide Brett reaches for the ignition, ready to get us out of there at the first sign of anything more than natural curiosity.

In a matter of seconds, silence descends once again upon the reserve as the lion returns to his mate, seemingly content to look on as we hold our breath.

It is day three of our safari in the Timbavati Private Nature Reserve in the Greater Kruger National Park in South Africa and, as one of the Big Five, the lions are an obvious highlight.

But because there is only so much that you can see from the back of a truck, and the reserve is home to so much more than the lions, elephants, leopards, buffalos and rhinos, our guides Brett and Sherie have devised a more intimate safari experience.

The couple run the environmentally-friendly, tented bush camp, Bateleur Eco-Safaris. Based in the heart of the reserve, their hands-on and relaxed approach to nature offers guests a slightly different and more adventurous approach compared to other safari holidays.

That’s how I find myself, at 5.30am, clasping a cup of tea while sitting around the embers of last night’s fire, as we talk through the basics before our first bush walk – the lion and leopard tracks within our camp a constant reminder of the possible dangers ahead.

As we start walking across the dry river bed, Brett stops to show us the leaves of a bush which can be rubbed together to create a soapy lather, and points out the wire-like nature of the intricate web of a Golden Orb spider.

With the sun beating down and the mercury rising into the high 30s by 8am, we seek shade from the trees and watch a dazzle of zebra drink from a watering hole.

As we take in the bird calls and animal tracks, the giraffes and waterbucks pay us little attention, while the impala (African antelope) quickly scurry away and out of sight.

Walking quietly in single file through the reserve, there is time to take in some of the many hundreds of sights and sounds normally masked by the engine of the safari truck.

Elephant and leopard tracks criss-cross the sandy ground and above us more than 400 species of birds can be heard calling out from the tree tops. And we quickly learn to heed warnings of prickly bushes as the two-inch thorns of the acacia tree stick to our shirts. A week later, and back in the UK, I’m grateful to have been wearing sturdy boots as I remove one such thorn from my shoe’s sole.

Walking through the bush out of a river bed, we’re suddenly swamped by hundreds of pepper ticks. Swatting at our trouser legs with branches from a nearby tree, we dust ourselves down and, exhausted from the heat, head back to camp.

We are welcomed by a breakfast of banana bread and tea, but all is not well – while we’ve been away exploring their home, the baboons have come into our camp, scattering belongings from two tents across the reserve.

Their cheeky calls, as they play in the trees above, can still be heard as we search the site for everything from missing underwear to anti-malaria tablets.

But after a shower beneath the bright blue sky, with water heated by a donkey boiler in the electricity-free camp, calm is restored and it is time to try some traditional bush skills in the afternoon sun.

Our tracker shows us how to use the sun’s heat and nearby stones to bake bread in a ground oven, as well as how to make fire from elephant dung and scraps of wood.

But after four days in the bush it’s time to move on to the bigger Kambaku Lodge, with chalets overlooking a private watering hole, where our rangers hear news that a leopard has made a kill nearby.

We set off in our truck and before long the sleek leopard, lazily lying across a branch at dusk as it digests its latest meal, sends our camera shutters clicking again.

From Kambaku we move on to finish our trip at Otters Den, an island hideaway in the Blyde River accessible only by an Indiana Jones-style suspension bridge.

Tucked away behind the trees, it offers a base from which to get a completely different view of the game – soaring in a hot air balloon up to 2,000ft above the private reserves.

As the sun goes down on my last night, we spend the evening listening to the bird and animal calls surrounding us and dining out under the open sky for one last time, as we recall our last few days’ adventures.