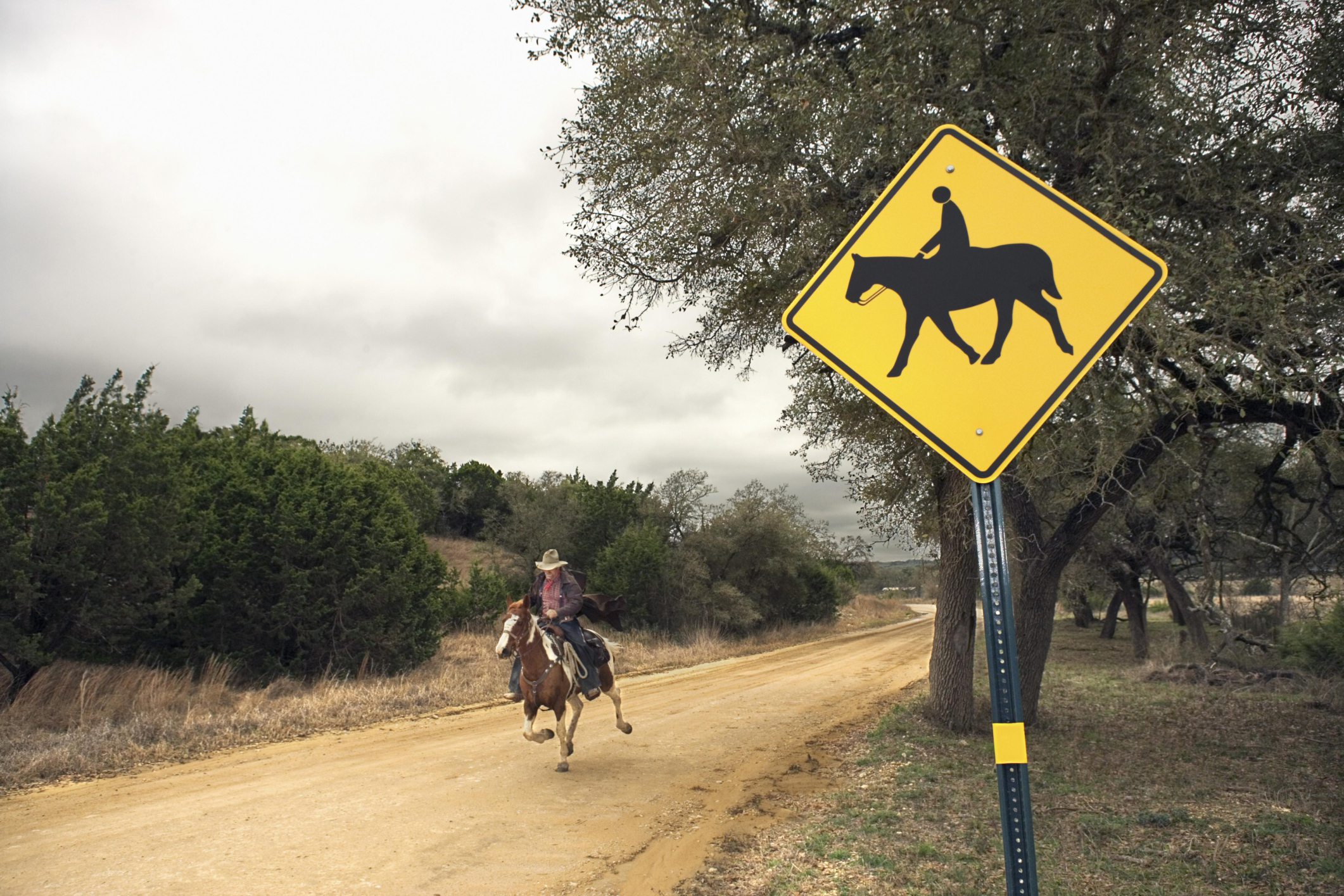 “I think from now on we’ll call you Bang Bang Bailey,” says the friendly receptionist at the Mayan Dude Ranch in Texas.

I’ve been initiated into the Mayan Gang of modern day cowboys and girls, and as the city limits fade with the last drops of burning red sun, I’m getting to grips with life in the cowboy capital of the world.

The likes of John Wayne and JR Ewing may have put this American Stetson-studded state on the map, but increased accessibility, thanks to new direct British Airways flights to Austin from London, has reinvigorated European interest in Texas.

For now, I’ve left the city behind me, and have driven two hours out of town to Bandera, a cosmopolitan place characterized by vast fields, big trucks and motorbikes.

My introduction to cowboy culture is at the OST Restaurant in Main Street. A whole room in this eatery is dedicated to John Wayne, and staff are happy to share friendly banter about ‘The Duke’ as I fill my cowboy boots with glorious enchilada.

But my opportunity to meet a modern day cowboy comes with a visit to the Mayan Dude Ranch, where tourists can saddle up with stirrups and spurs and live ranch life for a few days.

My education begins with a two-hour ride through the dusty grounds; the soil is parched and no-one can really recall when it last rained.

Returning to the corral after bidding my horse, a very patient Mr Pepsi, farewell, we enjoy a hot, competitive and laugh-out-loud archery lesson from the appropriately named ex-professional archer, David Archer.

I rarely manage to hit my target but David assures me there’s still time yet to hone my cowgirl skills.

Toasting our achievements – and commiserating our many misses, we tuck into a dinner of steak, potatoes and salad while being serenaded by a country singer.

The entertainment continues when we head into town to listen to live bands, take part in line-dancing and, to my utter delight and wonder, dance with a real-life cowboy!

But if you think Texas is all about bows, arrows and lassos, you’re very much mistaken.

Saying goodbye to Mayan in the morning, we head to San Antonio. The second most populated city in Texas, named after Saint Anthony of Padua, is a colourful, laid-back place, with Spanish influence visible at every street corner.

Imposing boulevards are easily accessible and tall buildings seemingly fight with each other for breathing space.

I’m staying at the Drury Plaza Hotel, an American family-run establishment which was the Alamo State Bank in a former life. I’m impressed by its grand Art Deco portico and 1920s Ford Phantom car installation.

The Paseo del Rio, or The River Walk, runs through the centre of the city and leads to a vast selection of cultural spots, bars and restaurants. We visit a recently renovated public walkway, with open spaces and cycles trails.

It runs parallel to the San Antonio Missions National Historic Park, which helps to preserve four of the five Spanish mission churches that formed part of the colonisation of the area from the 18th century. 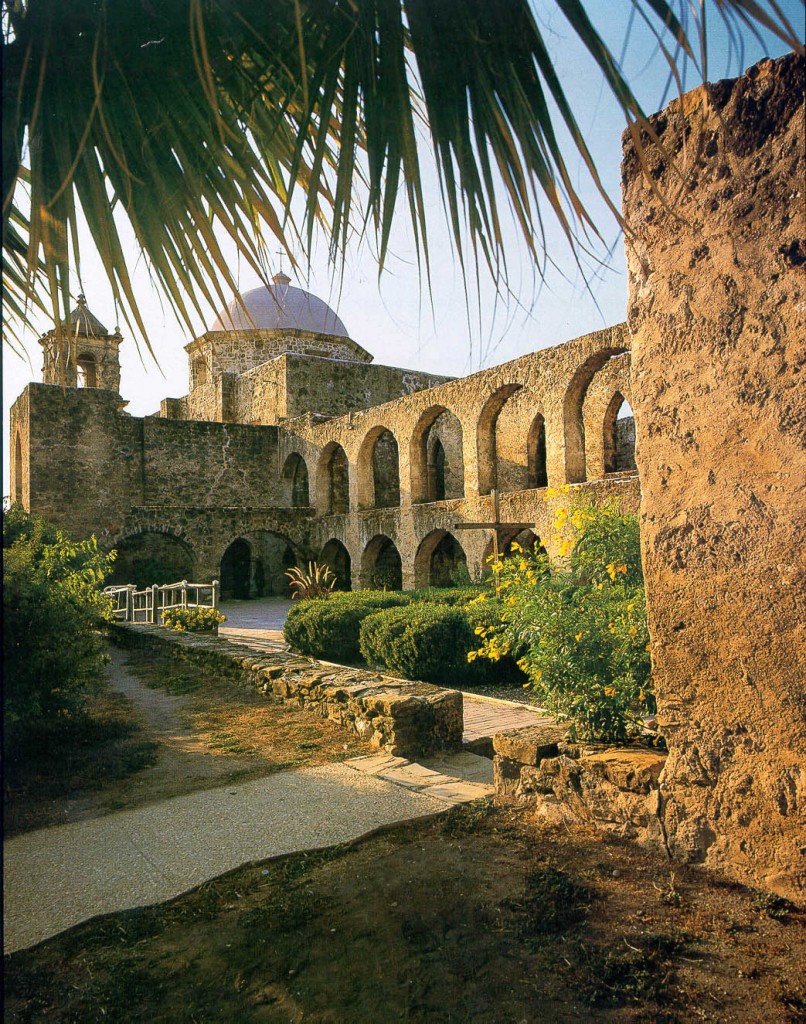 The most famous mission is, of course, The Alamo, although this sacred site is not part of the Historic Park but run separately from federal governance.

A brief history into the formation of The Alamo, from enthusiastic guide John Richardson, gives me some insight into the suffering and determination of those who died here during the 19th century Texas Revolution.

The site serves as a reminder of the individuality and steadfastness of the people who inhabit this part of the state.

A few blocks from The River Walk is the historic area of Market Square, filled with colourful stalls. I stop for a bite to eat at Mi Tierra Cafe Y Panaderia, which first opened as a three-table cafe for local workers in 1941.

Today, the cafe is run by the cuddly and genial Michael Cortez, the grandson of original owners Pete and Cruz Cortez. The walls are decorated with a garish mural depicting Mexican cultural figures and previous visitors to the restaurant; amid the crowd I spy revolutionary Emiliano Zapata Salazar, artist Frida Kahlo and former US president Bill Clinton.

Given the quality of the enchiladas, mariscos, tacos and chalupas, I’m not surprised this delightful cafe has become a San Antonio institution.

That evening, more culinary delights are in store as we enjoy a ‘dine-around’ at the Pearl Brewery, a thoroughly modern urban village of work spaces, residential spots, retail shops and restaurants.

More food, drink and music are in store when we arrive at our final destination, Austin.

As we pull into town, I hear a myriad of musical genres blaring from the many bars; it’s no wonder this is known as the “live musical city of the world”.

We enter the Continental Club on S Congress Avenue, where a four-piece combo of guitarists and singers perform atmospheric country pop songs.

Along with music, food is also a serious business in Austin. We head to Lambert’s Downtown Barbecue on W 2nd Street, where an extremely large serving of meat (ribs, steaks and more) is washed down with a refreshing sparkling wine, and accompanied by more live music.

Having refuelled, we’re ready to once again take the reins and enjoy a ride through the city – only this time our trusty stallions are powered by petrol.

We head to the Circuit of the Americas, where we watch Ferraris being hurled around the track at average speeds of 190 miles per hour. The thrills and testosterone flood around us – as well as the incessant yet welcome rain.

These cars may be fast and flash but they’re not my preferred mode of transport. I’d much rather saddle up with Mr Pepsi any day of the week.

Despite my ineptitude with a bow and arrow, I leave Texas feeling confident that I’m a cowgirl at heart.

Move over John Wayne, Bang Bang Bailey is in town.

:: Denise Bailey was a guest of the Texas tourist board (www.traveltex.com).

:: British Airways flies direct from London to Austin with their new Dreamliner aircraft from £518pp (inc taxes). As part of the transatlantic agreement between British Airways and American Airlines, all routes can be booked at www.aa.com.

:: All-inclusive rates at the Mayan Dude Ranch in Bandera (www.mayanranch.com) cost from 160 US dollars per person, per day. Rooms at the Drury Plaza Hotel (www.druryhotels.com) in San Antonio are priced from 109-214 US dollars. Rooms at the Marriott Courtyard and Residence Inn (www.marriott.co.uk) in Austin start at 209 US dollars.