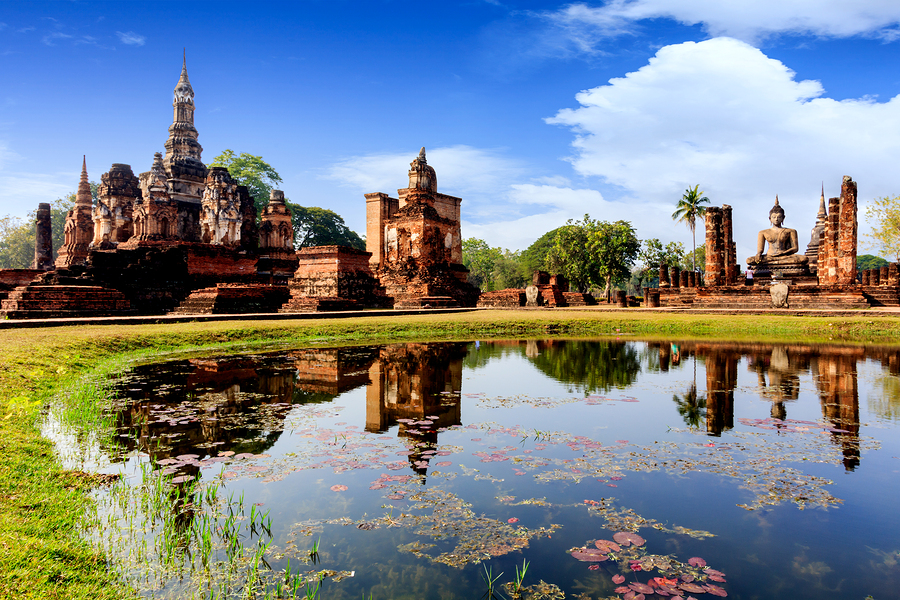 No matter how tight your schedule you can’t really say you have experienced all of Thailand’s elements until you have taken at least one foray into the north – so different in every way from the south and islands it might almost be another country.

Chiang Mai has to be on the destination list but there’s something you should check out on the way as you head north and which many miss – the UNESCO World Heritage-listed Sukhothai Historical Park (pictured above). This vast complex of 193 ruined pa laces and temples dating from the 13th century is often refreshingly free of tourists – perhaps because it is so often and inexplicably missed or unknown – which adds more than a little to its incredible atmosphere. You can meander on foot but it’s easier if you hire one of the bikes and pedal round.

Chiang Mai, which sits picturesquely astride the Ping River, has an almost endless list of to-see and to-do so you’ll have to prioritise unless you have a few weeks to spare rather than the 2 or 3 nights common to most.

Even if you don’t intend to explore it the famous night bazaar is impossible to miss as it winds its seemingly endless way across the city blocks, along pathways, through temple grounds and alongside buildi ngs. If you’re on the hunt for local arts and handicrafts this is the place to be but be prepared to spend far more than you intended. 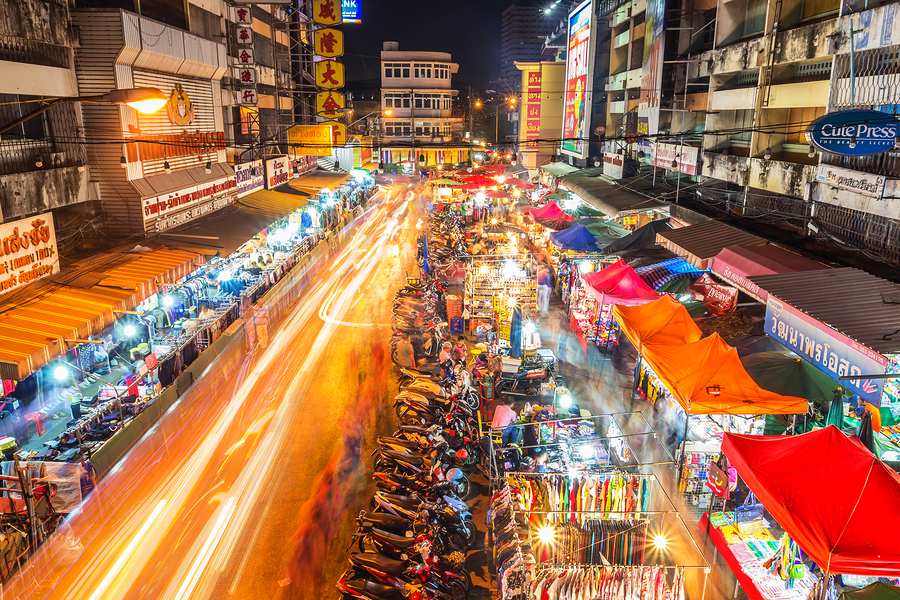 Warorot Market (Kad Luang) is one of the oldest in Chiang Mai Thailand.

Chiang Mai is home to more than 300 Buddhist temples and some excellent museums so culture vultures can fill their boots without stepping outside the city. Also here are many Thai cookery schools and massage schools offering all kinds of courses from half a day upwards and many visitors come here for this reason alone. However, besides the home delights this city is also the gateway for accessing nearby national parks and also tours and treks which will introduce you to the fascinating, traditional and colour-splashed culture of the hill tribes.

And while you’re this far north it is worth your while to explore a lit tle further to the relatively compact city of Chiang Rai. The night bazaar, complete with music and dance, is worth checking out as is the spectacle of the super-kitsch clock tower (catch it after dark – I’ll say no more than that! You can email me directly if you don’t know) In fact, the area of Chiang Rai has something which quite possibly ranks as good as it gets anywhere in Thailand – the White Temple. Before I visited here I must confess to a slightly resigned sigh of ‘oh, another temple’ but this is like NO other you will find anywhere else in Thailand or indeed anywhere else on the planet. 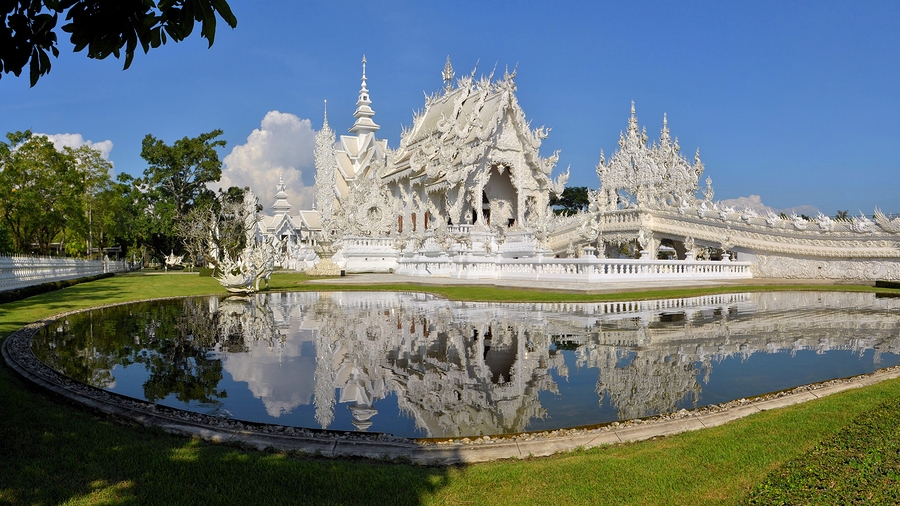 Think something between a fairytale castle and a giant wedding cake with the most opulent public toilets you are likely to find anywhere, wishing trees full of thousands upon thousands of silver disc prayers and wishes and a temple mural which includes – among many others – figures of Harry Potter and Superman. These are just some of the far-too-many-to-mention treats and surprises you will find here. There are really no words which can describe this totally unique and stunningly beautiful place – it has to be visited to be believed.

More Thailand in the Travelman series:

Find out about the Travelmans Thailand’s Tropical Island Treats

Find out about Bangkok’s Temples, Palaces, Floating Markets and A Tree-entwined Buddha