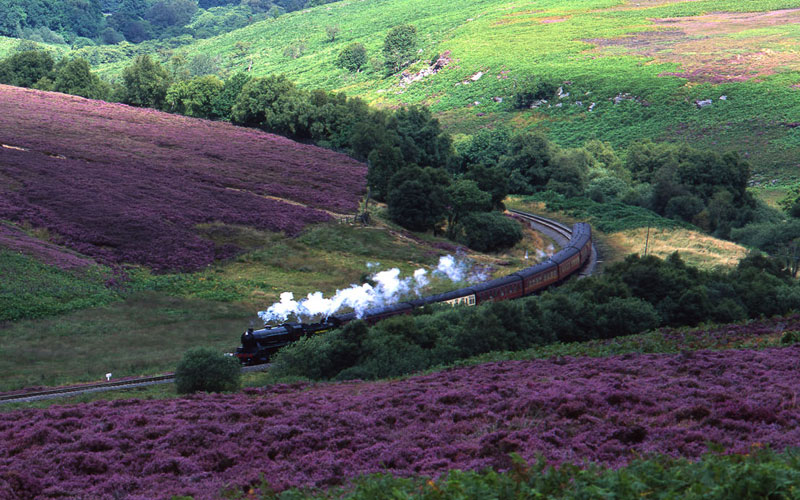 Revisit the Golden Age of the British rail travel

In the blisteringly fast-paced twenty-first century, in which so many aspects of our lives seem to have been modernised, computerised and optimised to satisfy our demand for instant gratification it’s easy to forget that not so long ago the world wasn’t quite as small as modern travel has made it, and turned at a more leisurely pace.

It’s only necessary to turn back the clock one hundred years to find Britain in the midst of what was subsequently lauded as ‘the Golden Age of the steam railway’. In the century from 1840 to 1940, the UK’s extensive national and regional railway networks were populated by magnificent steam trains; a triumph of transport engineering that would take the world by storm.

From the moment the steam engine arrived, its beauty, power and romanticism captured the hearts and imagination of the public. Every schoolboy wanted to be an engine driver when he grew up. There was something particularly stirring about the sight of a mighty steam train thundering its way through the countryside, the evocative sound of its whistle and the plume of steam drifting in its wake. Even today, the Golden Age of the steam railway holds a magic for those who fondly recall the days before the modern and more economical diesel and electric trains replaced the beloved steam locomotive.

All is not lost for the twenty-first century steam train fan however. Thanks to dedicated steam rail enthusiasts the length and breadth of the UK, it’s still possible to climb aboard a beautifully-restored steam train and recapture the simple joy of a bygone era of travel as you journey along some of the most scenic railways in Britain. You only have to take a look at the collection of nostalgic steam rail tours offered by Great Railway Journeys to appreciate our enduring love for this most romantic and majestic mode of transport.

From the timeless beauty of the Yorkshire Dales to the dramatic landscapes of the Scottish Highlands or the mountain peaks of northern Wales, steam railways still have the power to enchant and delight travellers of all ages. The world may have moved on, but opportunities still exist to escape the hustle and haste of modern life and step back in time to the gentle and beautiful Golden Age of British rail travel.