This site uses cookiesClick here to remove this messageMore information
Welcome to Silversurfers - features, offers, news & social forums for the over 50s...
Silversurfers
Log In Join
Silversurfers
Menu
Articles
Articles TravelEscorted ToursDaunted by the prospect of taking a holiday by yourself? 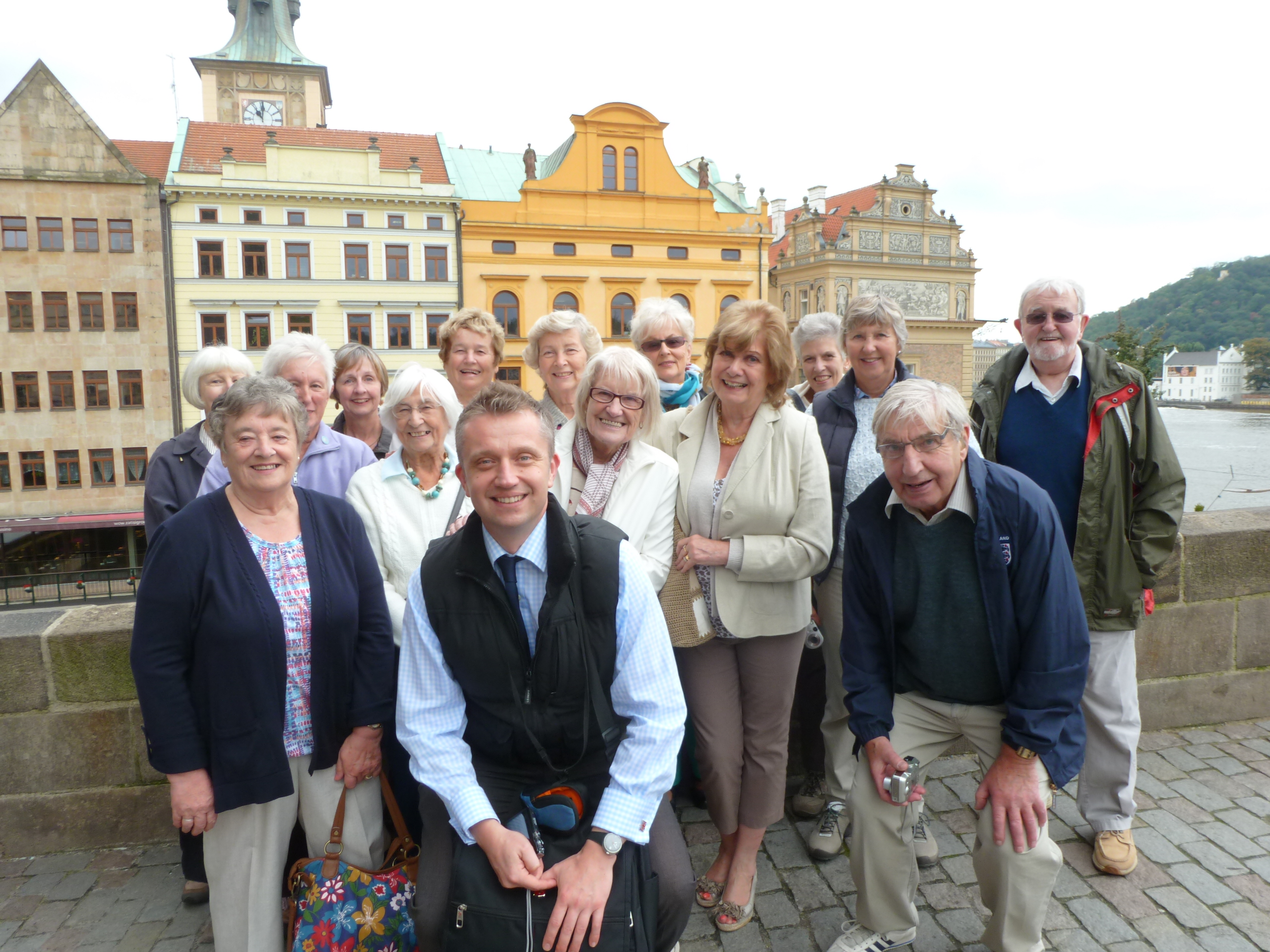 Daunted by the prospect of taking a holiday by yourself?

Daunted by the prospect of taking a holiday by yourself?  Thanks to one local company, mature solo travellers can explore the world in great company and with peace of mind, discovers Nancy Wedge.

Many of us, at some point in our life, want to book a holiday as a solo traveller. The infamous Club 18-30 probably springs to mind when you think about singles holidays, but one Norfolk company is focussing on a more neglected market.

Solo travellers over the age of 50 are often badly catered for by the travel industry. They might find themselves in a group of mostly noisy youngsters; or left feeling the “odd one out” with couples or families. Single travellers are often charged a hefty single supplement for the privilege of being tucked away in a poky room.

Having escorted singles holidays all over the world, Ian Darkin spotted this need for better provision for mature solo travellers, so created his own specialist business with his wife Emma in 2007. The only dedicated service in the UK, One Traveller offers escorted tours for single travellers over 50. Based in Swaffham, the company is run with the help of both their parents and an experienced team.

There are 18 destinations in the current brochure, from Europe to Thailand, Sri Lanka, China and the United States, and last year all of them sold out, having been mainly promoted through word of mouth. Ian, whose mother is Czech, recommends Prague as the ideal first-time holiday. “It was the first holiday we offered. We know the city so well, I feel our itinerary is unmatched and the whole thing runs like clockwork,” says Ian. “Our most popular holiday is Lake Garda. We launched two opera-specific holidays to Verona this year which sold out in 10 days.”

An engaging character with fun stories to tell about his nine years as a tour manager, Ian’s language skills come from his mother (he is fluent in English, Czech, French and Italian) and his business acumen from his British father who owned a Citroen Franchise. “The plan was for me to take over the business, but after 18 months exploring the world after university, I was bitten by the travel bug.”

When Ian saw a job advertisement for a tour director, he couldn’t believe he might be able to get paid to travel to exotic places. He secured the job, built up an excellent reputation and started tour managing full time. “When I began coordinating big travel programmes for national companies, it gave me the confidence to know I could do it for myself. After meeting Emma, I wanted to settle down but not leave the industry. Dad encouraged me to put one trip together and see how it goes.”

One Traveller’s maiden voyage was in 2008 to Prague, with Ian as the tour manager, Emma, her mum and just nine hard-won customers. “It’s all about reputation in this industry and it took a long while for people to pluck up the courage to give us a try. On that first trip, I talked the customers into going on the proviso that I would pick them up and take them to the airport. I remember leaving at 2am to go to Manchester airport via Milton Keynes and Birmingham. The tour was a great success and then I had to drop them home.”

Having been in operation for seven years, One Traveller has a successful trading history, backed by the many glowing testimonials on their webpage and Facebook page. Ian is sensitive to the needs of his customers: “It takes courage to travel alone and a leap of faith to book your first solo holiday,” he says. “You’ll never know what you are missing until you take the plunge and most customers repeat book.”

“There might be a number of different reasons why someone would choose to book with us: they may have lost their partner or perhaps their partner cannot or will not travel. But what they all have in common is the desire to visit a certain destination, accompanied by likeminded people and escorted by expert tour managers.” Everyone is guaranteed their own spacious double room in the carefully selected hotels and One Traveller promises a stress-free travelling experience where every little detail is thought of. “Travellers can be on their own if they choose to, otherwise there will always be something to do, with many excursions included in the price of the holiday,” says Ian.

A particularly important touch is the pre-holiday get-together, hosted by the tour manager, which gives travellers the opportunity to meet and start to build friendships before they fly. “A holiday is about sharing experiences and having fun,” says Ian. 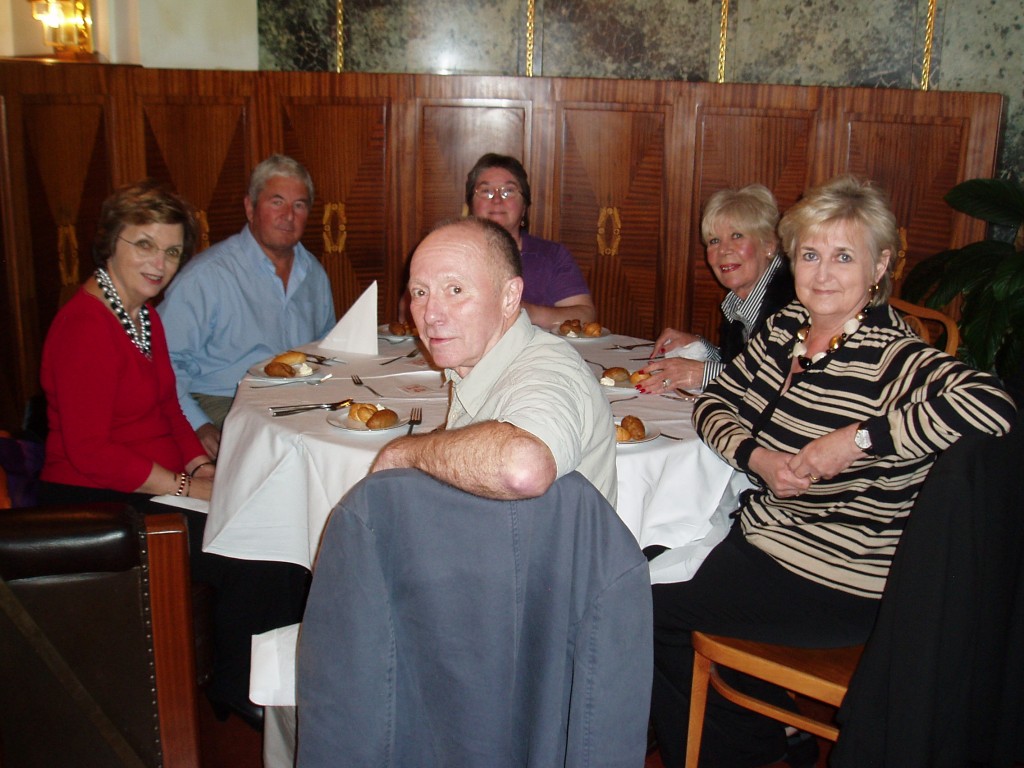 Jennifer Knight, 67 from Wymondham, is about to go on her fourth holiday with One Traveller.

I have been a widow for nearly seven years. I went on holiday with friends originally, which was lovely but I wanted to be independent. A One Traveller holiday caught my eye and I thought I am going to give this a go. It was a bit scary the first time, but once I was at the airport, I felt instantly comfortable and was really looked after. I have enjoyed meeting fellow travellers, have been to some really lovely cities and learnt an awful lot from the guides. My favourite holiday was to Austria at Christmas time. It was really beautiful, truly special. I’m not a particularly adventurous person but when you are on your own, you don’t want to let doubts hold you back.