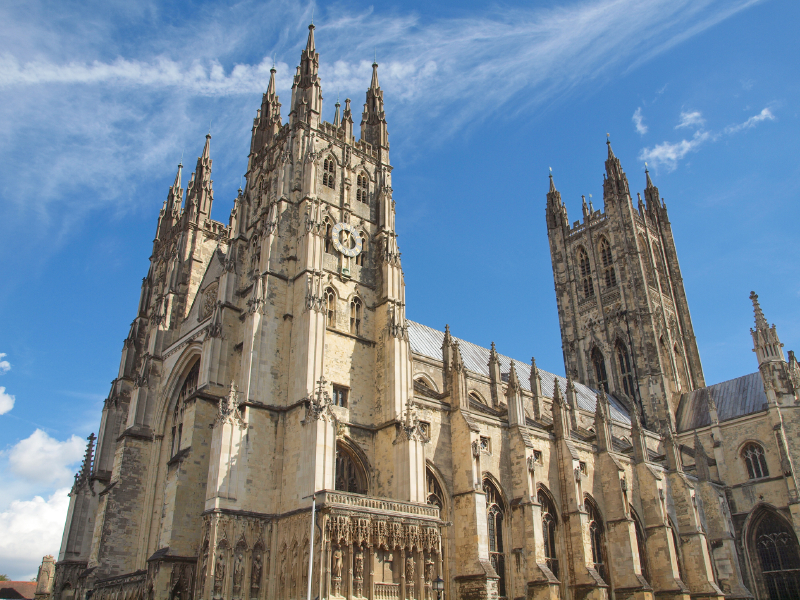 Think of a UNESCO World Heritage Site and the world’s big hitters always spring to mind; the likes of Peru’s Machu Picchu, the Pyramids of Giza, Angkor Wat in Cambodia and the Acropolis of Athens.

But did you know we’ve got our fair share here in the UK too? And we’re not just talking about Stonehenge…

Here’s Martin Solly, Travel Editor for hotel booking specialist LateRooms.com with a list of fascinating weekend breaks that all come with the UNESCO World Heritage seal of approval:

The UK’s most famous cathedral forms part of a UNESCO World Heritage Site in Canterbury along with St. Martin’s Church (the oldest church in England) and St. Augustine’s Abbey ruins. But it’s Canterbury Cathedral itself that really steals the show. Not just a gorgeous Gothic wonder to look at, it’s full of fascinating stories too – most significantly that of Thomas Becket, the Archbishop who was murdered here in 1170 by knights of King Henry II. 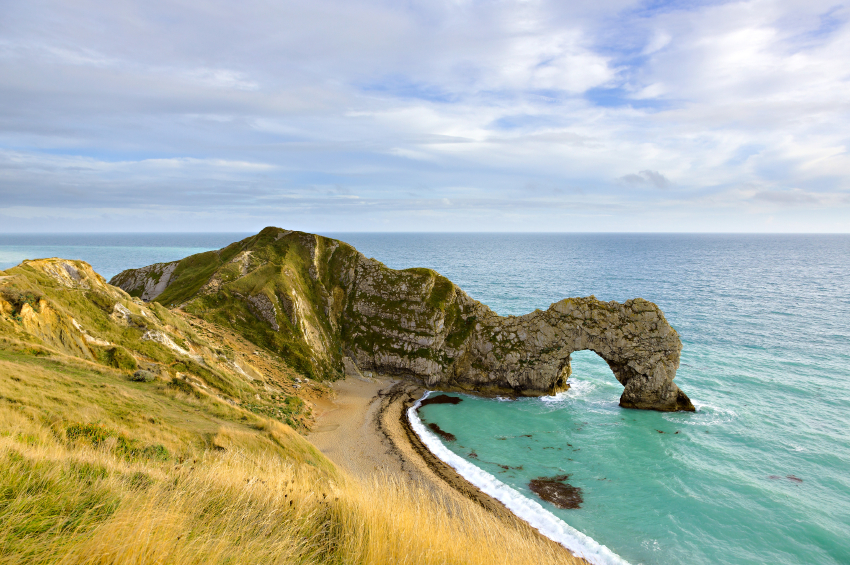 Not all UNESCO World Heritage Sites are of the manmade, cultural variety. UNESCO recognises natural beauty too. And the Jurassic Coast was England’s first natural World Heritage Site. Spanning 95 miles of the Dorset and East Devon coastline, the Jurassic Coast showcases 185 million years of the region’s natural history through its fossils, rock formations, sea stacks and caves.

But above all the geological appeal, it’s just simply a stunning stretch of countryside to discover, featuring great coastal walks, beautiful beaches and impressive views. 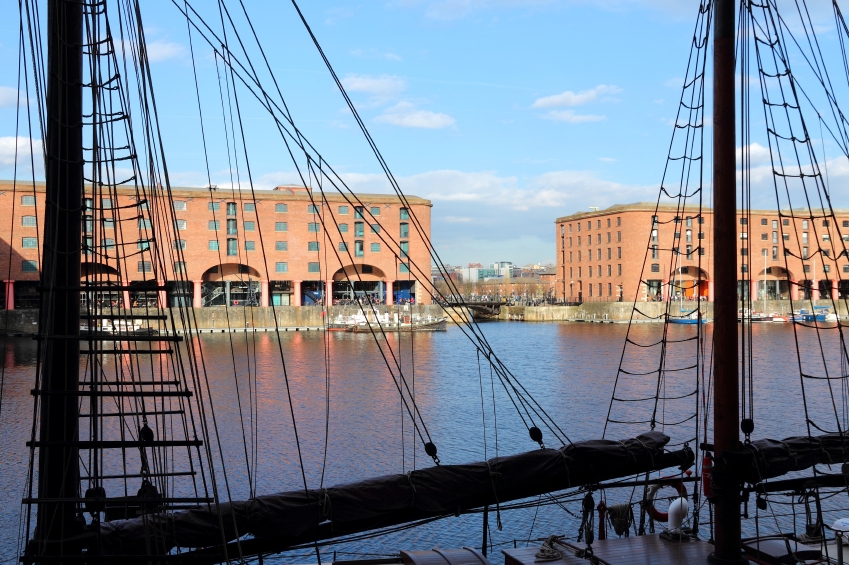 Liverpool gained its World Heritage status in 2004 thanks to the significant role its docks played in the growth of the British Empire, international trade and emigration during the 18th and 19th centuries. And for its influence on our mercantile culture in general.

Six city centre locations form the World Heritage Site, including Pier Head, Albert Dock and William Brown Street. Exploring the historic docks, buildings and museums of the city’s famous waterfront is just one of many activities to enjoy in this cool and lively city, and makes for a fascinating few hours during your Liverpool city break. 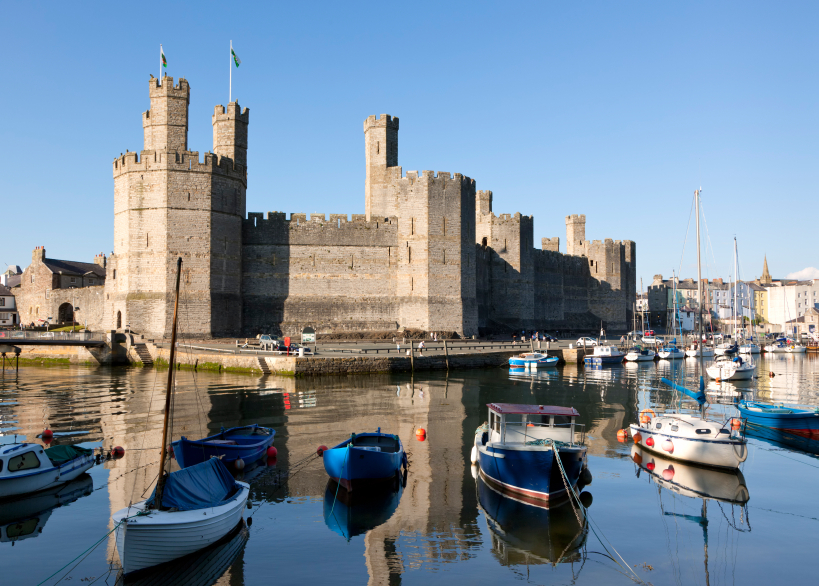 Castle and marina at Caernarfon

Gwynedd in north west Wales was once an ancient realm, and as such boasts four sites that make up the Castles and Town Walls of King Edward – a UNESCO World Heritage Site.

These four sites are the castles of Beaumaris and Harlech plus the whole complexes of Conwy and Caernarfon castles.

All were designed by King Edward I of England’s chief architect James of St. George and are Europe’s finest examples of 13th and 14th century military architecture.

These stunning sites have remained wonderfully preserved and are all within handy driving distance of each other – no two castles are more than an hour and a half apart – lending themselves to a fascinating weekend break spent discovering the historic landmarks and lovely surrounding countryside of Snowdonia. 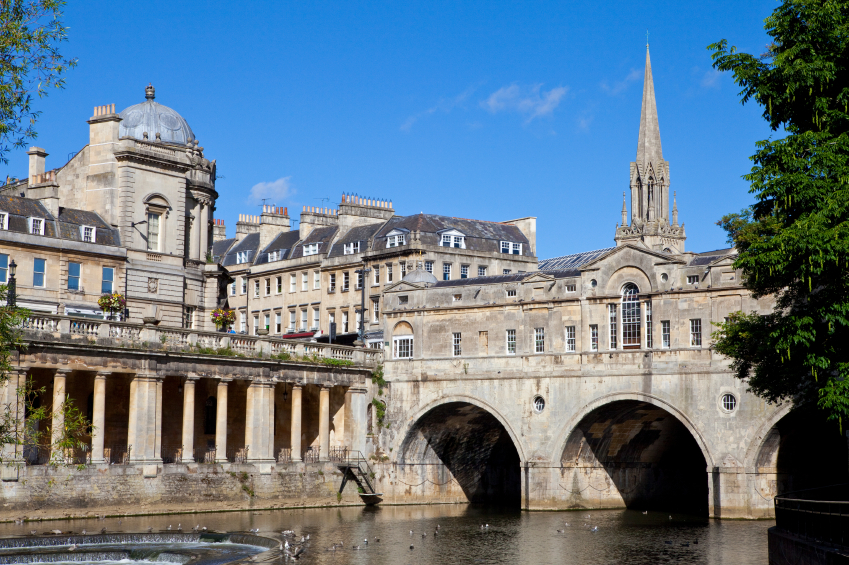 Bath is the only place in the UK to have a whole city as a designated UNESCO World Heritage Site. And this is thanks to both its unique thermal springs and the two significant periods of human history that shaped the city around them – the Roman and Georgian eras.

Bath’s impressive Roman ruins are best experienced at the Roman Baths and Temple, where you can see how the town’s famous spa water was enjoyed some 2,000 years ago. Whilst today you can enjoy the thermal springs yourself at the considerably more modern Thermae Bath Spa.

In the 18th century Bath’s popular spa culture also attracted plenty of Georgian development, which is seen in the beautiful neo-classical architecture found throughout the city. In fact, Bath boasts 5,000 listed buildings, making it one of the UK’s most attractive city breaks.


For more short break ideas and inspiration head over to the Travel Blog by LateRooms.com.

LateRooms.com is the UK’s leading hotel booking specialist. They provide a whole world of hotel possibilities with fantastic deals of up to 50% off – whether you need a place to stay tonight or you’re booking up to a year in advance.

They have more UK hotels than anybody else, plus a huge range worldwide, so from cosy B&Bs to luxury Spas, Thai beach huts to English country houses, Spanish Paradores to Moroccan Riads – you’re sure to find a hotel for your every need.