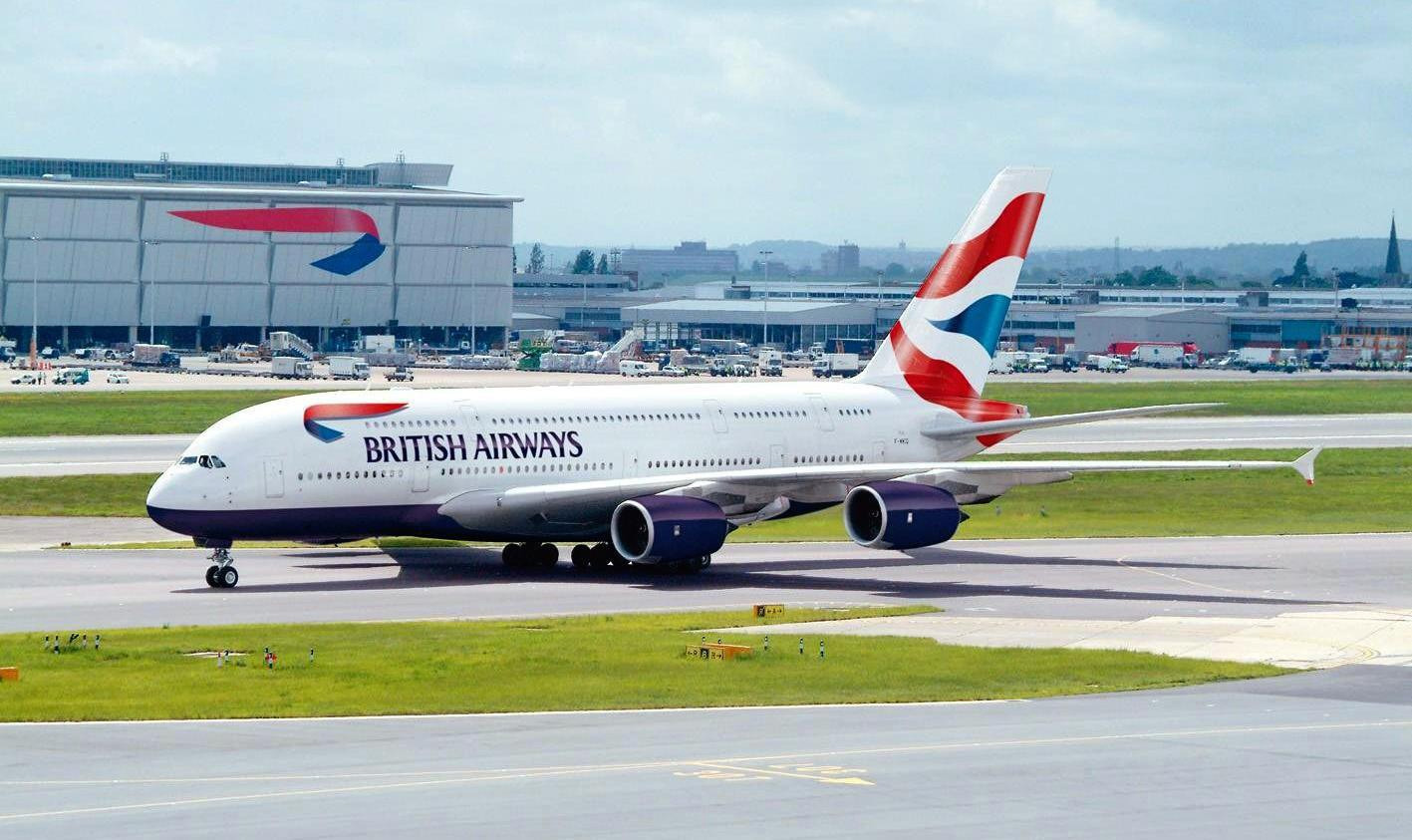 British Airways has become the first UK airline to take delivery of an Airbus A380 superjumbo – the world’s largest passenger plane.

BA’s first A380 touched down at Heathrow airport, with the airline’s chief executive Keith Williams on board.

The BA double-decker superjumbo was shown off at the carrier’s engineering base at Hatton Cross alongside another recently-delivered aircraft, a Boeing 787 Dreamliner.

This is the first of 12 superjumbos ordered by BA, with passenger services due to start this autumn.

BA is configuring the massive, 238ft-long A380 to take 469 passengers, slightly fewer than some of the other superjumbo-operating airlines.

Those aboard the BA plane will be flying on an aircraft that is 79ft high, with wings that are 54% larger than those of the Boeing 747 jumbo jet.

The A380 also has 50% more floor space than the Boeing 747 yet is 50% quieter on take-off. Many who have travelled on the superjumbo have noticed how quieter it is on board, as well.

Powered by four Rolls-Royce Trent 900 engines, the A380 can reach a speed of 587mph and has a range of 9,500 miles. The surface of the superjumbo is covered in three layers of paint weighing around 500kg.

If all the wiring in the A380 is laid end to end it will stretch from Edinburgh to London.

The A380’s arrival follows the delivery of the first two of BA’s Dreamliners. A second superjumbo is due to arrive in September.

Mr Williams said: “The delivery of these exciting aircraft opens a new chapter in British Airways’ history. We are proud to be leading the way in Europe in operating both these aircraft types.

“Over the next 12 months, we will take delivery of new long-haul aircraft at an average rate of one every two weeks.”

He added: “These deliveries form the centrepiece of the £5 billion investment BA is making in new aircraft, smarter cabins, superb lounges and new technologies to make travel more comfortable in the air and on the ground.

“Both aircraft types make major environmental advances and will contribute toward our ambitious targets for noise and carbon reduction.”

Singapore Airlines was the first carrier to operate the A380, with its commercial superjumbo flight being from Singapore to Sydney in October 2008.

More than 100 superjumbos have been delivered to world airlines. Carriers operating the giant aircraft include Air France, Dubai-based Emirates and Australian airline Qantas.

BA said the first long-haul flight on the A380 will be to Los Angeles on September 24, with prices starting from £621 return, and the first to Hong Kong will be on October 22 with prices from £688 return.

Club World (business class) on the BA A380s will consist of 44 seats on the main deck and 53 seats on the upper deck.

Mr Williams said: “The A380 is a fantastic aircraft and an excellent showpiece for British engineering. Our customers are going to love the space, light and comfort on board.”