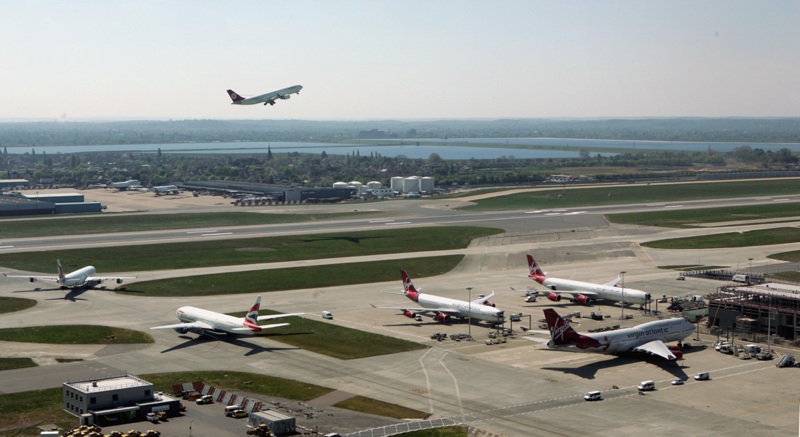 The UK needs a four-runway airport either at Heathrow or Luton if it wants to compete with other European hubs such as Paris, Frankfurt and Amsterdam, a report by a think tank has said.

The best option would be four runways immediately west of the current Heathrow site in west London, the report from Policy Exchange said.

A four-runway airport at Luton in Bedfordshire would be the next-best option.

The report did not rule out an extra, third runway at Heathrow, but said Thames Estuary airport plans, as supported by London Mayor Boris Johnson and by architect Lord Foster, were not practical.

Policy Exchange said an estuary airport would be too difficult to get to for too many people and would present greater environmental and construction challenges than expansion at Heathrow.

Also ruled out were four-runway airports at Gatwick or Stansted.

The report was written by Tim Leunig, chief economist at the liberal think tank CentreForum., who said: “We can and should expand aviation capacity in south east England. Doing so will send a much-needed signal to people that Britain is open for business.

“It is possible to expand Heathrow in such a way that it cements itself as Europe’s number one hub while significantly reducing the noise nuisance over west London. A four-runway airport would be straightforward to construct and relatively low cost by the standards of hub airports. It causes the lowest level of disruption to the wider economy of any likely airport expansion scenario.”

A DfT spokeswoman said: “The strength with which the different options are put forward shows precisely why we were right to set up a proper independent review with the timescale to consider fully what is in the country’s interest. Maintaining the UK’s status as a leading aviation hub is vital to our economy and history suggests that, without an agreed evidence base and a high degree of political consensus, it will not be possible to deliver a lasting solution that is right for the UK.”