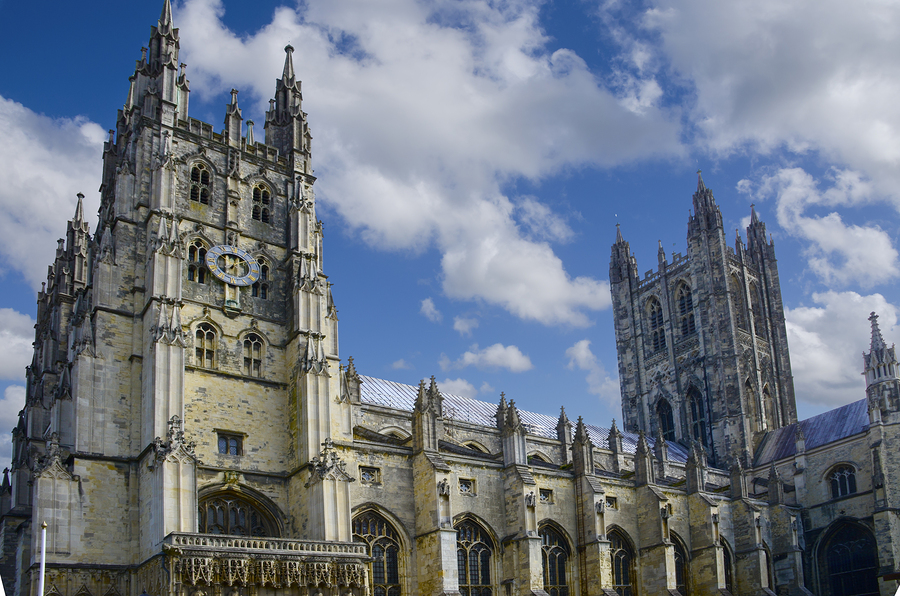 From castles to cathedrals, Britain has its fair share of historic structures, each offering a glimpse of life hundreds – or even thousands – of years ago.

And with some of Europe’s most interesting structures right in our own backyard, it’s not hard to see history in action. Whether you’re a hardened history buff or a lover of unique architecture, these buildings offer something for everyone.

Ready to go? Here’s some of our favourites.

Dating back to 597BC and boasting a bloody history with the murder of the archbishop, St. Thomas Becket, Canterbury Cathedral is one of Britain’s finest landmarks. A UNESCO World Heritage site, this cavernous and beautiful cathedral is one of the oldest places of worship in Britain.

The city in which the cathedral sits has been made world famous by Marlowe’s Canterbury Tales, and is worth the renown; ringed by an Anglo-Saxon wall, Canterbury is home to of Roman ruins, Norman churches, Tudor houses and one of the highest pubs per capita count in the country.  The Cathedral regularly hosts local and national  events, so check the website for the most up-to-date opening times. Admission is £10.50 for Adults and £9.50 for Concessions.

The Broch Of Mousa

The Shetland Islands may be off in the far reaches, but they have been populated for a very long time. One of the finest examples of pre-Roman architecture can be found on the Isle of Mousa in the form of a Broch- a hollow tower made without mortar (in a method referred to as drystone). It’s still unknown what they were used for, though experts believe they could have been defensive.

The Broch in Mousa is the tallest of its kind, and one of the best preserved pre-historic buildings in Europe; thought to date back as far as 100BC. At 13 metres high, with walls five metres thick, it is an impressive and imposing piece of architecture from the Iron Age and definitely worth your time if you are touring the Shetlands.  The Island of Mousa is accessible by ferry from Sandwick, and from website you can find information for varying cruises and day trips to the island and the Broch.

Possibly the most famous ruin in the UK, the Rievaulx Abbey started life in the 1100s as a Cistercian monastery, and was one of the wealthiest abbeys in England until it was dissolved by King Henry the VIII in 1538.

The ruin sits in a valley that is part of the North York Moors National Park, which only lends to the eerie atmosphere of the dominating and beautiful remains of the church. There are numerous events held at the abbey throughout the year but, as the Abbey is only open on weekends during the winter seasons, so check the website for opening times. Admission is £6.20 for Adults, £5.60 for Concessions.

There are many castles in the UK that can count their age by the hundreds, but the castle at Norwich in Norfolk—built by William the Conqueror—is one of the few that is still fully intact. The original timber structure has been restored many times, but the motte (castle mound) and bailey can be dated back to 1067.

Considered to be one of the most architecturally ambitious Norman buildings in all of Europe, this castle has all you could want for a home of a man called ‘The Conqueror’; visitors can tour the castle keep, scale the battlements or delve deep into the dungeons. The castle is open to visitors all year round, but during the low seasons (29 Sept – 29 June) it closes earlier. Admission is £7.95 for Adults, £6.50 for Concessions.

Have you been to any of these beautiful British buildings?