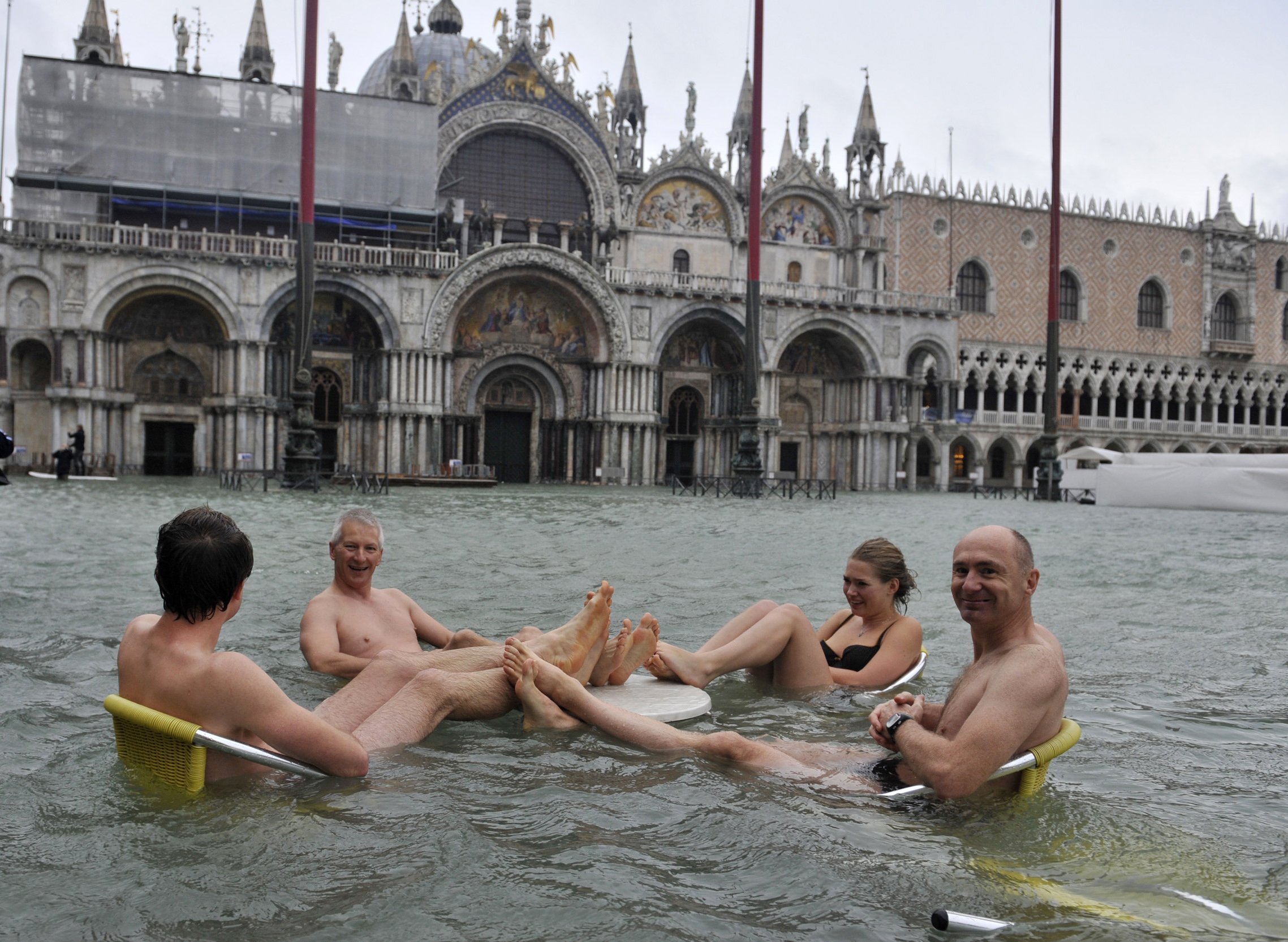 Some people like to stroll through the endless streets or hop on to a romantic gondola passing effortlessly down Venice’s beautiful and scenic canals.

Others like to go for a swim around its most famous landmarks. Why would people do such a thing, you might ask? Well, Venice flooded – again!

Swapping shoes for wellies was what the Venetians and tourists of Venice did on Monday, November 12. “The Floating City” allowed the people to even take it upon themselves to wear their swimsuits to make the most of this historic event where more than 60% of the land was submerged.

A combination of high tides and heavy rainfall caused the city to be partly submerged beneath the waters, and high winds enhanced the high tide mark, which was at its sixth highest level since the records began back in 1872.

How did the weather influence the flooding, apart from just the heavy rainfall?

An active jet stream on Monday plunged cold air down over Spain while warm air was forced northwards and eastwards across Italy. This gave a sharp contrast between the cold and warm air masses across Western Europe, with heavy rain developing on the resultant frontal zone. With strong south-easterly winds, a high tide and the heavy rainfall, Venice flooded as waters rose to around one and a half meters higher than usual.

Venice got hit hard due to the fact that it is a low-lying city and is always at risk of flooding during times of severe weather. Research carried out by the Scripps Institution of Oceanography at UC San Diego earlier this year revealed that the city is sinking at a rate of 0.08in (2mm) a year. Earlier studies suggest it was submerging at just 0.002in (0.04mm) per year. The reason for the subsidence they say is due to the natural cause of plate tectonics.

Other areas were also affected by the severe weather; Vara, situated in the north-western part of Italy got 10.8in (274mm) of rain over a 24-hour period and Pisa received 4.4in (111mm) of rainfall in 24 hours.

What is being done to help prevent such flooding? Moveable barriers are currently being developed. Barriers will rise from the sea bed creating a blockage to prevent the city from high tides, very much like what happens in the Thames in London.

A ridge of high pressure has since influenced the weather creating drier and sunnier conditions by midweek. So, enjoy the swim while you can!

Picture: People sit at the table of a bar in a flooded St. Mark’s Square in Venice, Italy (AP)