This site uses cookiesClick here to remove this messageMore information
Welcome to Silversurfers - features, offers, news & social forums for the over 50s...
Silversurfers
Log In Join
Silversurfers
Menu
Health
Health & WellbeingMindAre you an overthinker? Psychologists explain how to get out of your head 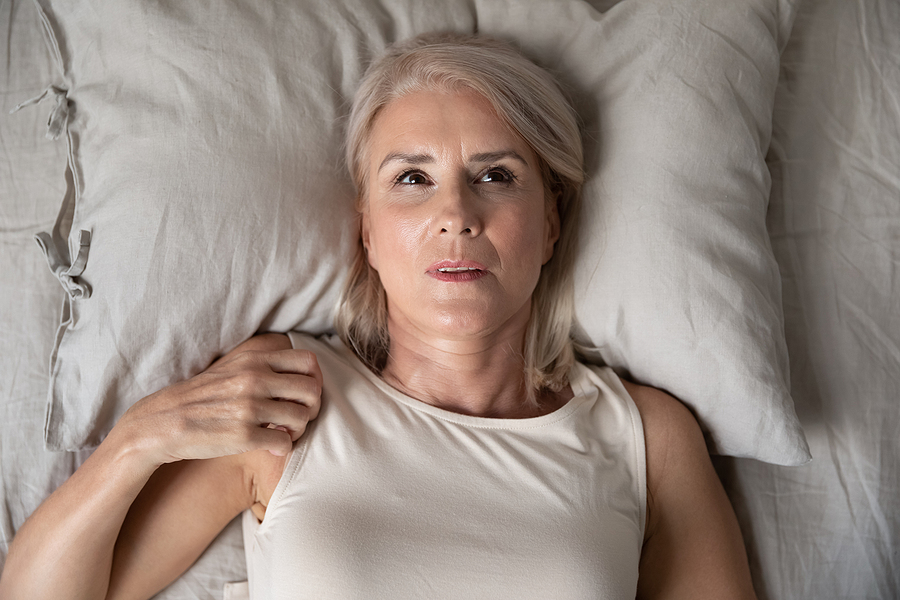 Many of us are plagued by worry or easily fixate on certain thoughts.

Do you ever find you can’t sleep because the same thought is circulating round and round your head?

Do you replay past situations over and over again, plagued by ‘what ifs’ or regrets, or spend a lot of time worrying about an event in the future – even an insignificant or imagined one?  –  You might be an overthinker.

Simply put, it’s the act of giving a thought far too much time and attention. So, when does analysing become more harmful than helpful?

We can overthink “situations that are both actual and hypothetical”, explains Dr Elena Touroni, consultant psychologist and co-founder of virtual psychology clinic, My Online Therapy. For many people it’s social situations; ‘Why did I say that?’, ‘What will everything think of me?’,  or ‘What did that text really mean?’, but overthinking can creep into any aspect of your life.

Often, it’s about things that haven’t even happened yet. “The way many people start to overthink is in the guise of ‘preparing’ for a situation,” Touroni says. “While this is normal and can be helpful, it’s when this preparation turns obsessive that we may find ourselves in the unhelpful overthinking phase.”

It can also happen in the absence of other stimulation or distractions. “When your mind is idle, it’s more likely to obsess about topics that you wouldn’t be considering if you were doing something engaging,” she adds. Which is why night-time is the often the culprit.

Niels Eék, psychologist and co-founder of wellbeing app Remente, says that while fixation can be a good thing to drive you towards an end goal, “if you find that you are often fixated on small and insignificant things in your life, leading to heightened feelings of stress and anxiety, perhaps it is time to step back and reassess what it is that is causing you to overanalyse.”

The first sign is simply turning a thought into a worry or stressor until it becomes an unhealthy fixation, he explains. Beyond that, “‘analysis paralysis’ is a known state of mind within the psychological profession – as your mind fixates on a thought or a specific subject, the bigger it seems and the worse you feel, often leaving you feeling paralysed by those emotions and unable to act in a way to move past them,” he says.

In other words, just thinking about something a lot isn’t necessarily going to solve the problem. Overthinking often means dwelling on it so much, and going around in so many circles, that you’re unable to take any action.

And if this is a common occurrence, it can have a negative impact on your wellbeing and mental health.

Touroni notes: “Finding yourself unable to stop playing imagined situations over and over again can lead to trouble sleeping and difficulty concentrating on the situations you’re actually in. This in turn can cause irritability, more stress and anxiety.”

Whether anxiety is the cause of or the effect is hard to know though. “Like the chicken and the egg scenario, it can be hard to know which came first,” says Eék.

How to get out of your head

Firstly, you need to recognise when a thought pattern isn’t serving you. Simply telling a close friend or family member might help you recognise the behaviour, then you can take practical action to resolve whatever was troubling you – rather than continuing to fret.

Touroni suggests distracting yourself with a favourite hobby or by doing some exercise. Focussing on trying to do those last five reps in the gym, knitting, painting, reading a book or playing an instrument really takes concentration, therefore pushing unnecessary self-destructive thoughts out of your head.

Importantly though, exercise some self-care and be kind to yourself. It’s not your fault and it can be unlearned, often by being a little more mindful. Eék says: “Mindfulness is almost the antithesis of this. The premise behind mindfulness is not overthinking.

“The idea is that while mindfulness makes us concentrate on everyday things like eating and breathing, we don’t need to exhaust our brains by thinking about these aspects of life, as they are part of something we have been doing since the moment that we were born.” So simply slowing your mind down if you find yourself in an overthinking frenzy, and focussing on just breathing can be a really helpful exercise.

Practising mindfulness can lead to you trusting and using your gut instinct more – instead of constantly overanalysing – and becoming a person of action instead. “When we’re preoccupied with assessing, dissecting and observing everything around us, we occupy the mind with unnecessary clutter, making it less creative,” says Eék, and therefore less able to find solutions.

Writing down your thoughts and worries can also help you feel more in control, says Touroni. “When we write things down, they feel more manageable. Journaling can be a way of scheduling ‘worry time’ – a dedicated time each day that we devote entirely to worrying.

“Once the thoughts are written down, make sure you do something that’s going to divert your attention elsewhere. You can come back to them later, at a scheduled time – without [it] taking over your whole day.”

And sometimes a little outside perspective is necessary. “If overthinking is having a big impact on your mental health, it’s helpful to speak to a therapist who can help you with tools and techniques for managing it,” says Touroni.