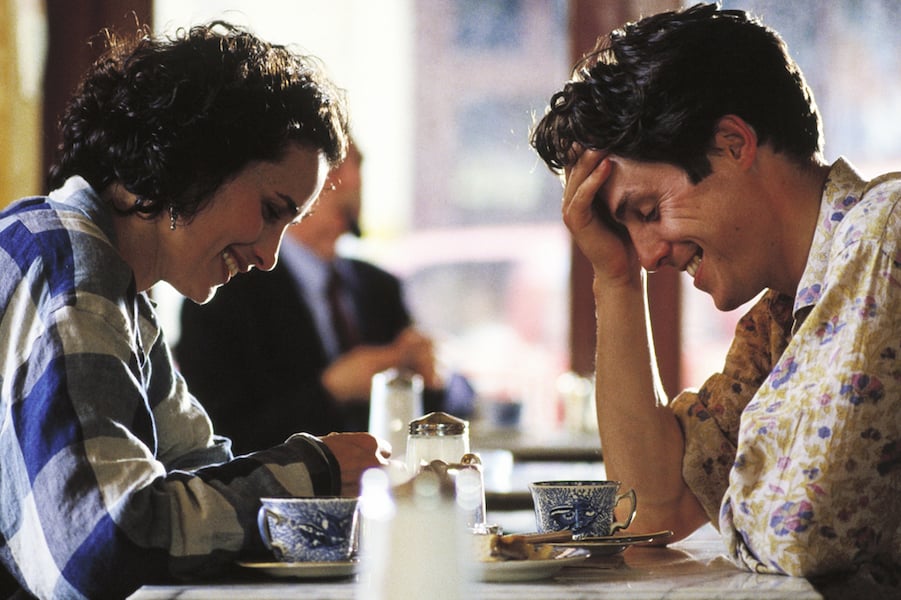 Charming, affable and funny, Hugh Grant has been one of Britain’s favourite leading men for the last three decades.

His polite manners, cheeky grin and comedic timing prompted his rise in Hollywood; today we’re looking back at some of the films that made his career so far.

Four Weddings and a Funeral

The 1994 cult romantic comedy Four Weddings and a Funeral was Grant’s breakout role and helped solidify his much-beloved comedic style. Shy, foppish and charming, he proved incredibly popular with audiences around the world. A star was born.

In the 1999 blockbuster Notting Hill, Grant again worked alongside Four Weddings and a Funeral writer Richard Curtis to tell the story of Will Thacker, an independent travel bookshop owner in Notting Hill whose life is changed forever when Hollywood superstar Anna Scott (Julia Roberts) pays him a visit. The beloved comedy is still a favourite with audiences; it’s regularly featured on Saturday night TV.

Hugh Grant’s portrayal of the womanising Daniel Cleaver in Bridget Jones’s Diary marked a departure from his signature style. Though he subverted expectations in the role, he still remained charming and likeable – a fact that made the film an instant cult classic.

The film adaptation of Nick Hornby’s About a Boy is one of Hugh Grant’s most celebrated roles to date. His portrayal of the selfish interloper stuck in arrested development shows a different side to Grant, who managed to strike the right balance between dramatic feeling and light-hearted emotion.

Grant brings his charm to historical romance with the film adaptation of Sense and Sensibility. The film’s writer and star, Emma Thompson, wrote the role of Edward Ferrars specifically with Hugh Grant in mind. No surprise then that it’s a fan-favourite; the film was released just as he reached the height of his fame.

What are your favourite Hugh Grant movies? Let us know in the comments below!