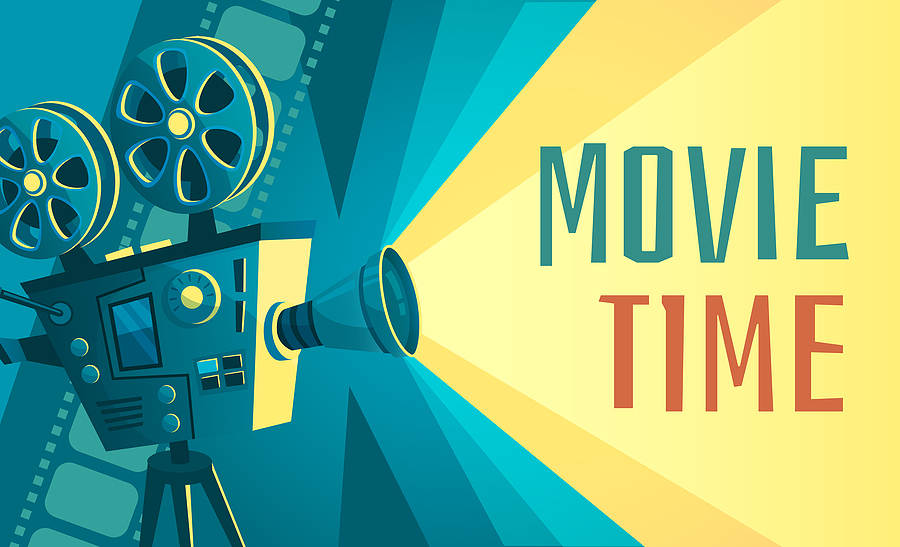 We have put together an eclectic mix of some fabulous songs from some equally fabulous movies which either share a title with a film or are connected with it in some way.

Some of the best film songs have been written specifically for movies while others play so beautifully with the unfolding drama or inject added vibrancy. Whatever the link we hope you enjoy this journey down memory lane with us.

‘Singin’ in the Rain

Made famous in the Oliver and Hardy movie The Big Noise from 1944, the songwriter and MGM producer, Arthur Freed liked it so much that in 1952 he commissioned a musical of the same name. With Gene Kelly’s voice and his inspired tapping, Singin in the Rain became one of the most loved film songs.

From the Clark Gable film of 1934 called Manhattan Melodrama, Blue Moon has been sung by many great singers down the years including Ella Fitzgerald, Elvis Presley and Dean Martin. This is the original version from the film.

From the Jerry Lewis 1953 comedy The Caddy, That’s Amore became a firm favourite with Dean Martin who went on to sing it at many of his concerts.

Sung by Paul Robeson in the 1936 film version of Show Boat, ‘Ol’ Man River remains one of the best loved movie songs of all time with Robeson’s rich operatic voice giving it such pathos.

Buck Privates was an Abbott Costello comedy from 1941 which spawned this wartime classic sung by The Andrews Sisters. The Boogie Woogie Bugle Boy was so popular it was still being played way after the war ended and was a hit again in 1973 for Bette Midler.

Originally written for the movie Blue Hawaii in 1961, this was an enormous hit for Elvis Presley. It may not have seen the light of day however if it hadn’t been for the intervention of Elvis himself. The film’s producer Hal Wallis originally turned it down calling it a ‘dumb ballad’ but Elvis liked it and the rest is history.

We hope you like our selection, please pop a comment in the box below if you can think of any more and we’ll add them to our next collection.