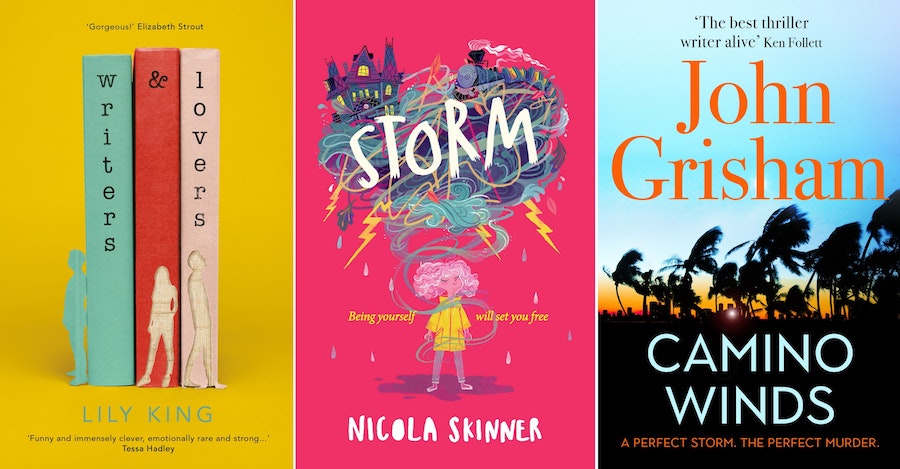 5 new books to read in lockdown

Race through the latest John Grisham, and enjoy Lily King’s new study of a woman rallying through grief.

Lily King perfectly captures the ennui of life as you age out of your twenties, into those slightly more ‘grown-up’ years – especially when the direction you’re going in isn’t what you’d imagined for yourself. In Writers & Lovers Casey is waitressing while trying to outrun huge debts and finish her novel, but she’s also wading through grief over her mother’s sudden death, and the anguish of a broken love affair. Then she finds herself torn between two men, Silas, young and inconsistent, and Oscar, older, who comes with two kids. King is unfailingly astute, be it on the casual pain people can obliviously inflict upon you, to the flickering memory of a family member’s transgression, or the salvation enthusiastic, supportive friends can provide. And the prose is visceral, reading it you can feel the anxiety Casey feels “buzzing” in her limbs, the fury she has for incompetent chefs, and the onslaught of tears she tries to out-pedal on her bike. Witty and affecting, Writers & Lovers explores where grit can get you, even when everything appears to be falling apart.
9/10
(Review by Ella Walker)

After a hurricane devastates Florida’s Camino Island, bookstore owner Bruce Cable finds himself in the middle of a murder investigation. Soon a mysterious drug, a billion-dollar care company and multiple contract killers appear from the shadows in a fast-paced and thoroughly enjoyable read. Camino Winds is the second instalment in this series, and it is good to be back on the island. Luckily it’s different enough from its predecessor to feel fresh and new, while Cable is a likeable protagonist that has been more fully developed this time around. The novel has enough plot twists to keep you engaged without it feeling exhausting. Another compelling read from Grisham, and will satisfy old fans and please new readers alike.
8/10
(Review by Megan Baynes)

3. Latitudes Of Longing by Shubhangi Swarup is published in hardback by riverrun, priced £16.99 (ebook £9.99). Available now

So far in 2020, it’s been hard to forget that humanity has yet to escape the rhythms of the natural world. In that sense, Shubhangi Swarup’s debut novel, Latitudes Of Longing, very much fits the zeitgeist, though that alone is a poor summary. It is a thoughtful, even philosophical, book and the result of years of immersive research in the locations described, from the islands of the Indian Ocean to the high Himalayas. The tectonic changes of the landscape are as much a part of the drama as the triumphs and disasters of the human characters. Their stories unfold movingly in four sections, each with only a loose connection to the last and each set in a different corner of the Indian subcontinent. The ecological and geological richness of their surroundings enhances, rather than overwhelms, the emotional intensity of the characters. A unique and rewarding read.
8/10
(Review by Joshua Pugh Ginn)

Rutger Bregman’s Utopia For Realists, proposed a universal basic income. So it’s fair to say the Dutch historian is not afraid of ruffling a few intellectual feathers. In Humankind, he sets out to disprove the idea that humans are naturally bad. He identifies an epidemic of cynicism infecting figures in every generation, from Hobbes to Dawkins, who would have us believe we are inherently selfish. He uncovers a real-life Lord of the Flies scenario in 1960s Tonga, finding no tribalism, no murder, but a group of boys who survive through cooperation. It seems Rousseau was right: we’re naturally good, but corrupted by society. Want compelling evidence most soldiers don’t actually fire their guns at the enemy? He has it. Proof the most famous psychological experiments showing our capacity for evil are unreliable? Ditto. The reader emerges from this book with a new respect for humanity and a practical sense of how to make the most of our natural talents.
9/10
(Review by Rachel Farrow)

Children’s book of the week

Storm is a highly original and humorous novel by the author of the acclaimed Bloom. Frances Frida Ripley (or Frankie for short) experiences a short life, an untimely death, and something very extraordinary in between. After being born in a storm to woefully unprepared parents, she grows into a fiery child with a permanent temper – who then loses her life in a freak natural disaster that wipes out her whole town. Waking up over 100 years later as a poltergeist, she finds plenty more things to be angry about, including tourists invading her personal space. She is befriended by a boy called Scanlon, who has the ability to see ghosts, but there are those who want to trap ghosts and exploit them. Scanlon must pick a side, and Frankie must find a way to harness the storm inside her… This is a funny, surprising and gripping read that mums and dads will enjoy as much as you.
9/10
(Review by Poppy Brotzel)

BOOK CHARTS FOR THE WEEK ENDING MAY 16
AUDIOBOOKS (FICTION AND NON-FICTION)
1. Becoming by Michelle Obama
2. Ramble Book by Adam Buxton
3. Blood & Sugar by Laura Shepherd-Robinson
4. Single by K.L. Slater
5. The Hunt for Red October by Tom Clancy
6. Normal People by Sally Rooney
7. Where the Crawdads Sing by Delia Owens
8. Mythos by Stephen Fry
9. Believe Me by JP Delaney
10. Sherlock Holmes: The Definitive Collection by Arthur Conan Doyle
(Compiled by Audible)

Have you read any of these titles?

6 of the best gardening books for Christmas

5 new books to read this week 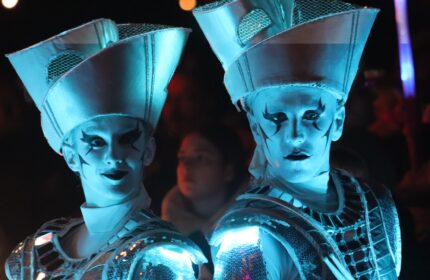 Should The Crown carry a fiction warning?
Cast your vote now...