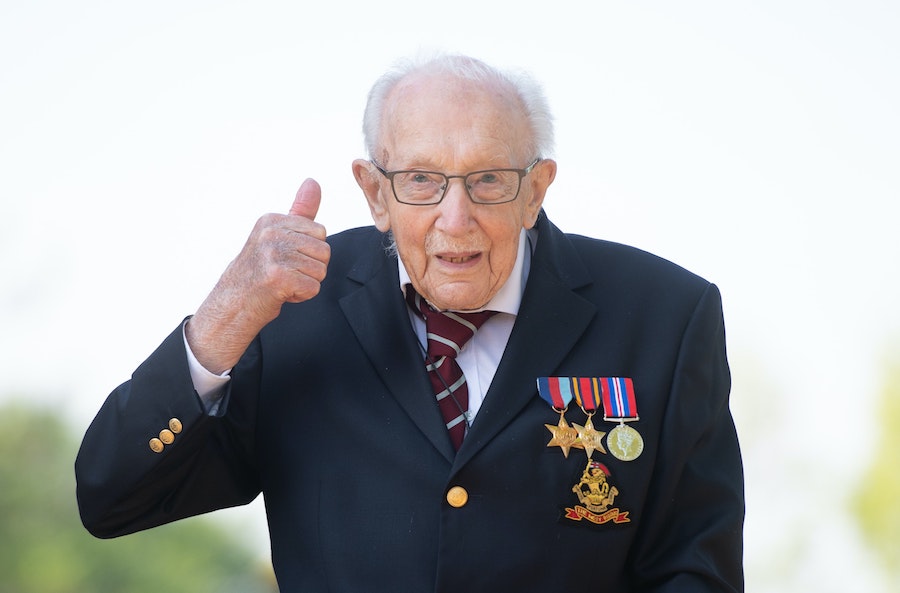 Boris Johnson described him as a ‘true national treasure’ and praised his ‘fantastic fundraising’.

When we asked our community back in April if WW2 veteran NHS fundraiser Tom Moore should be knighted, 8,600 of our Silversurfers community members voted, with 98% saying ‘Yes!’.

So we are delighted to confirm that Captain Tom Moore is to be knighted, Downing Street has just announced.

The 100-year-old raised almost £33 million for health service charities by walking laps of his Bedfordshire garden.

Prime Minister Boris Johnson described Sir Tom as a “true national treasure” and praised his “fantastic fundraising” which he said “provided us all with a beacon of light through the fog of coronavirus”.

Mr Johnson recommend Sir Tom be exceptionally honoured by the Queen, who has approved the honour, Number 10 said.

An investiture ceremony will take place at a later date.

His knighthood comes just weeks after he was made an honorary colonel to mark his centenary and fundraising efforts.

Sir Tom set out to walk 100 laps of his garden in Marston Moretaine in Bedfordshire before his 100th birthday on April 30, and he completed the laps ahead of time.

His initial fundraising target was £1,000, but his determination captured the public imagination during the pandemic and within days he had raised tens of millions of pound

He also released a charity single, You’ll Never Walk Alone, with singer Michael Ball, which reached number one in the charts, making him the oldest artist ever to have a UK number one single.

Mr Johnson said: “Colonel Tom’s fantastic fundraising broke records, inspired the whole country and provided us all with a beacon of light through the fog of coronavirus.

“On behalf of everyone who has been moved by his incredible story, I want to say a huge thank you. He’s a true national treasure.”

A Government spokeswoman added: “We know there is huge appetite to say thank you to all those supporting the nation during this emergency and doing incredible things day in, day out, up and down the country.

“We will ensure these unsung heroes are recognised in the right way, at the right time.”

Labour leader Sir Keir Starmer congratulated Sir Tom who he said had brought “inspiration to millions and helped all of us to celebrate the extraordinary achievements of our NHS”.

He added: “In his actions, Tom embodied the national solidarity which has grown throughout this crisis, and showed us that everyone can play their part in helping build a better future.”

Sir Tom enlisted into the eighth battalion of the Duke of Wellington’s Regiment (8 DWR), an infantry unit that was converted to operate Churchill tanks as part of the Royal Armoured Corps (RAC).

In 1940 he was selected for officer training and rose to the rank of captain, later being posted to 9 DWR in India.

He served and fought in the Arakan in western Burma, since renamed Rakhine State, and went with his regiment to Sumatra after the Japanese surrender.

After the war he returned to the UK and worked as an instructor at the Armoured Fighting Vehicle School in Bovington, Dorset.

He lived in Kent for many years before moving to Bedfordshire to be with his family in 2007.

Ian123
5 days ago
0
Thanks for voting!
Well done Colonel Tom Moore.
We all needed a feel good figure to pull us together, and this lovely gentleman came along at the right time and raised a miraculous amount of money.
I look at most of the titled fraternity with disdain, but I would have no problem address the Colonel as Sir.
Well done Sir Tom!
ReplyFlag as inappropriate

Mary Lincoln
20th May 2020
1
Thanks for voting!
Very pleased indeed. Make sure he gets his knighthood before he leaves this world. W e all wont to see him receive it.
ReplyFlag as inappropriate

Munsterlander
20th May 2020
0
Thanks for voting!
About time too!
ReplyFlag as inappropriate 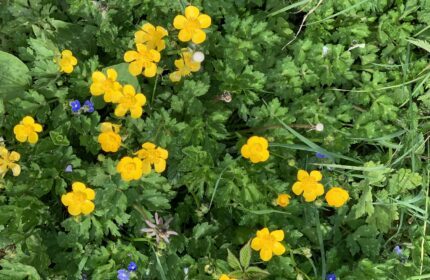