This site uses cookiesClick here to remove this messageMore information
Welcome to Silversurfers - features, offers, news & social forums for the over 50s...
Silversurfers
Log In Join
Silversurfers
Menu
Articles
Articles Entertainment & NewsCountryfile’s John Craven on the joys of nature, relaxing in his garden, and how hearing aids changed his life 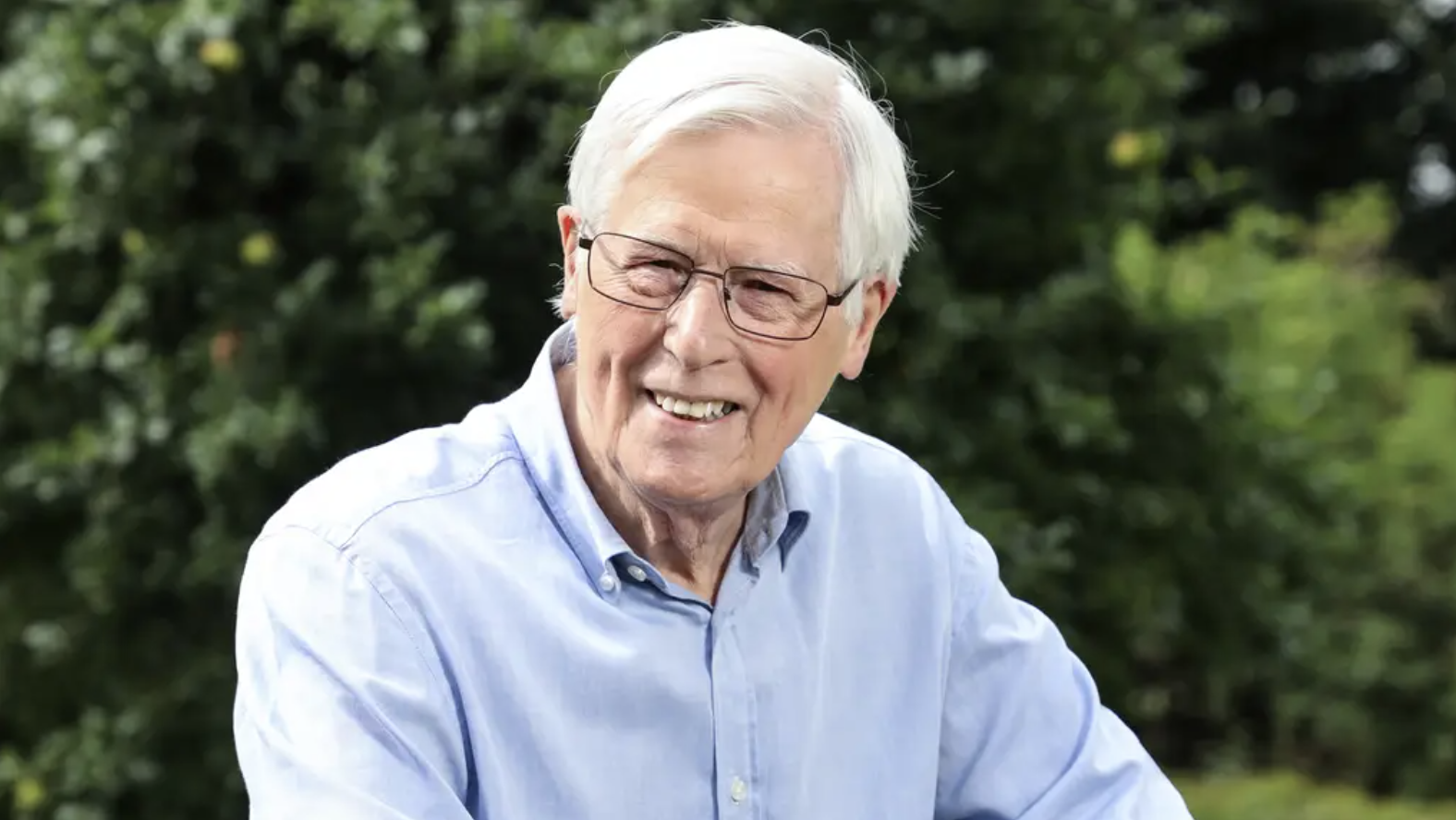 Like millions, hearing loss has impacted the popular TV presenter. He tells us why it’s wonderful to delight in the sounds of nature again.

Nature and the outdoors has played a key role in John Craven’s life and career – from childhood bike rides in Yorkshire, to clocking up more than three decades as one of the presenters on BBC One’s Countryfile.

At a certain point however, hearing loss began to dampen Craven’s ability to fully soak up the sounds of wildlife and the great outdoors.

Thankfully, hearing aids have turned this around and, at 81, the countryside-loving grandfather and broadcaster has now teamed up with Specsavers Audiology on a campaign encouraging others to also get their hearing checked.

According to Specsavers, it takes on average 10 years for people to get their hearing checked. Often, people are worried about needing hearing aids, with 56% admitting they still think there’s a stigma around it, a recent survey by the brand found.

Here, Craven talks to us about the joy of nature, peaceful evenings in his garden, and why he thought people were mumbling…

Can you tell us a bit about your experience of hearing aids?

“It all started around 15 years ago, when I began to realise I was struggling to hear certain voices and sounds. I thought people were mumbling when they weren’t. ‘Say again please’ became too common a response to family, friends and colleagues, and in crowded rooms it was hard to follow conversations.

“Outdoors, I wasn’t hearing many of the gentler sounds of nature that everyone else was. All very frustrating. I used to kid myself I’d developed ‘selective hearing’, but the truth was I was becoming a little deaf. Eventually, I confronted the fact I needed help, went for a free test at Specsavers, and my world changed.

“With hearing aids, sounds came back with a clarity I had forgotten – pages turning, clocks ticking, birds singing, and no one had to say everything twice to me. The family didn’t have to endure painfully high volume levels on TVs and radios, I no longer missed out on chatter, and it was now very much my own choice if I deployed ‘selective hearing’!”

We know there can be stigma around hearing aids, which can be a barrier for seeking tests and getting aids fitted. Is this something you can relate to?

“It’s true there is something of a stigma, but I’m not sure why this should be in this day and age, when many hearing aids are almost invisible. I suppose nobody likes to think they are losing any of their faculties, but the truth is that one in every six adults in the UK suffers some form of hearing loss – that’s 11 million of us – and two-thirds are over the age of 60.

“I remember wondering what the reaction would be when I started wearing spectacles on television, but there wasn’t any – viewers just took it for granted that I needed them. Hearing aids are generally less conspicuous – and really effective – so there’s no reason to be concerned about what others might think if you use them. My advice is that if you notice any change in your ability to hear, or indeed in that of someone close to you, get it tested. You have nothing to lose, and an awful lot to regain.”

What does enjoying the sounds of nature mean to you?

“I must admit, I was worried when I first began experiencing hearing loss because Countryfile is very much about the sounds, as well as the sights of nature. But hearing aids solved the problem and it is a real delight to experience the rustle of leaves, the pitter-patter of raindrops, the distant roar of thunder as easily as anyone with normal hearing. As someone once said: ‘Sound is the vocabulary of nature.’

“Our gardens can also be a fantastic listening zone, giving us everything from the buzzing of bumble bees and the cooing of pigeons to, in my case, beautifully tuned wind chimes sent by friends in California.

“The other day, I was weeding when I heard a screech and, alerted by the noise, looked up and saw a red kite circling low. That sight and sound gave me an extra thrill because on Countryfile, I played a very small part in re-introducing this spectacular bird species into the UK, 30 or so years ago, after it had been persecuted to extinction. Now, red kites are thriving – and even pay me a visit!

“My garden is mostly free of traffic noise and one of the great pleasures in life is to relax there in the late evening sunshine after a busy day, eyes closed and ears fully working, listening in peace and quiet to blackbirds, thrushes, woodpeckers and whatever other wildlife happens to come by.”

How would you describe the role nature has played in your life? Is it big part of your wellbeing and happiness?

“It certainly is, and I’m extremely fortunate to have a job which has taken me into the great outdoors almost every week for the past three decades. I was brought up on the outskirts of Leeds and given a bike for passing the 11-plus. Soon, I was peddling out to Lower Wharfedale with my pals and spent many happy hours discovering nature. The passion I developed then for our countryside, which I consider to be the finest in the world, has stayed with me ever since.”

Lots of people have found nature to be a life force during the pandemic – how has this been for you?

“During the early days, when we all felt trapped both physically and mentally, we realised how much we missed being outdoors. When some restrictions were eased, and we could go to parks or the nearest countryside, I walked with sprightly steps along my favourite paths around my village, getting much-needed exercise and feeling free. Since then, what a tonic it has been to venture into wide-open places once again and just stand and stare and listen as nature surrounds us.”

Is there a best piece of advice you’ve received that’s really stuck with you, or shaped your outlook?

“When I started out in television, getting on for 60 years ago, an old hand in the business said to me: ‘Just be yourself and know your limits – any falseness soon gets sniffed out’. I’ve always tried to stick to that, and I think it’s pretty good advice for anyone in any walk of life.”