This site uses cookiesClick here to remove this messageMore information
Welcome to Silversurfers - features, offers, news & social forums for the over 50s...
Silversurfers
Log In Join
Silversurfers
Menu
Articles
Articles LifestyleHome & GardenHave your tomatoes gone brown? It could be blight… 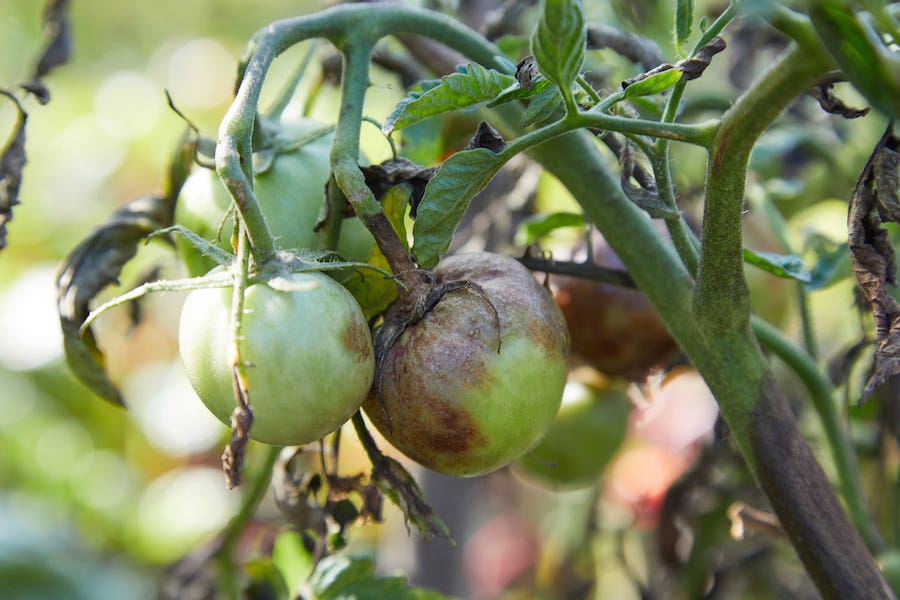 Tomato blight is among the most frustrating diseases for gardeners.

You spend months growing and nurturing these beauties when that telltale brown stalk appears, spreading like wildfire to decimate the fruits of your labour and, before you know it, you’ve lost the lot.

I always consider late blight to be the most brutal of diseases, just when all your tomatoes are starting to ripen and you have already harvested quite a few, which is what has happened to me this year.

So, is there anything you can do to prevent the late summer scourge decimating your tomato crop?

Generally, it is warm, humid weather from mid-summer onwards, when temperatures are above 10C (50F) and your crops don’t have adequate ventilation. Spores are spread by wind and rain – and can be carried up to 30 miles – needing only a minute film of moisture on the foliage to cause damage. Late blight (Phytophthora infestans) is fatal to the plant.

What are the symptoms?

Initially dark spots or brown patches appear on the leaves, which curl up and wither, followed by fast-spreading brown patches on the stems as the disease makes its way rapidly to infect the fruits, which turn brown, leaving them inedible.

The tomatoes will develop a brown discoloration and may appear to shrink inwards, quickly dropping off the diseased stems.

Potatoes may also be attacked, although they succumb slightly earlier than tomatoes.

How do you deal with it?

You could spray every two weeks with Bordeaux Mixture – a combination of copper sulphate, lime and water – available from garden centres.

As the main ingredient is copper, it’s not off limits for organic gardeners. It’s likely to be effective only if you spray early as a preventative measure, not once the blight has taken hold.

This may be particularly relevant if there are other potato or tomato crops nearby, and in a wet summer, do it as soon as the first tomatoes have set.
Cut off affected foliage and stems to prevent spores spreading further along the plant and harvest the tomatoes early, even if they are still green. You will find, however, that some tomatoes will still suffer blight symptoms when they have been picked.

Look out for blight-resistant varieties including ‘Crimson Crush’, ‘Early Cascade’, ‘Latah, ‘Ferline’ and ‘Legend’, although no tomato plant can be said to be totally blight-immune. Newer F1 (hybrid) varieties which claim to have some resistance include ‘Summerlast’, a dwarf patio variety, and ‘Crimson Blush’, a beefsteak type.

Can you prevent it?

Good plant hygiene and making sure the plants are as strong as they can be early on can help. Do this by keeping the plants well ventilated both in the greenhouse and outside, prevent large fluctuations in temperature, particularly at night, in early summer.

Try to keep the leaves dry, watering only at the base of the plant, and stake plants to keep the leaves off the soil. Keep the plants sheltered from heavy rainfall and feed them with tomato feeds high in potassium, not nitrogen-rich mixes which will just boost leafy growth.

Improve air circulation by cutting off leaves at the top and the bottom of the plants, which will also allow more sunshine to ripen the fruits.

If you grow your tomatoes in a greenhouse, blight is likely to be less of a problem, as the spores have to find their way in through vents and doors, according to the RHS. However, once they’ve infected plants in a glasshouse, the blight is likely to spread rapidly, because of the high humidity.

What should you do with infected plants?

Remove and destroy all affected parts as soon as you see them. And don’t plant tomatoes or potatoes in that soil the following year.

Is your boiler lockdown ready? 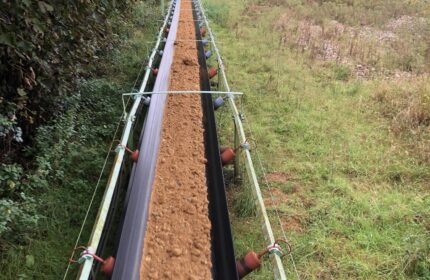