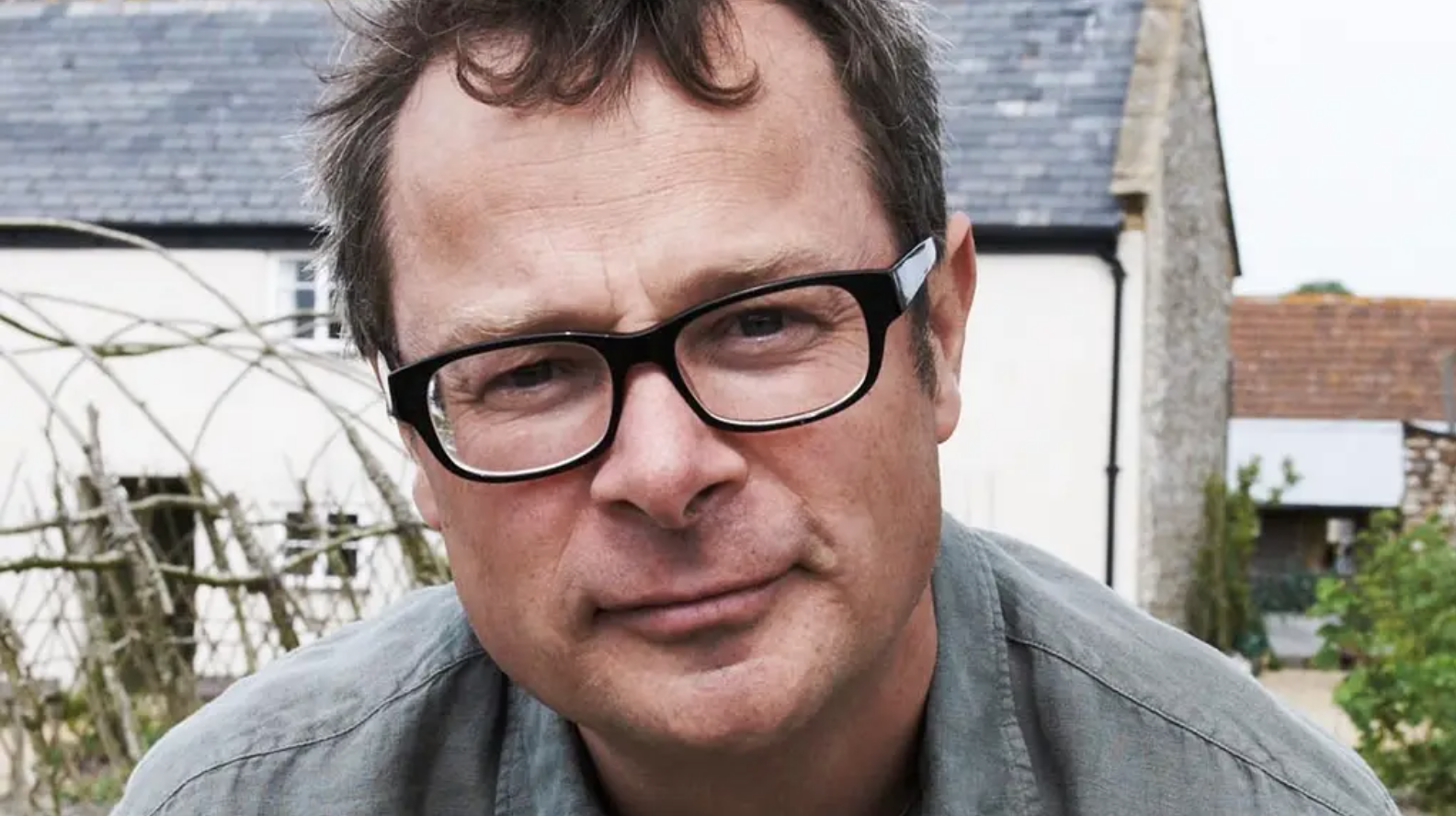 Hugh Fearnley-Whittingstall talks about his holistic approach to health, and staying positive during a difficult year

No stranger to the vegetable patch, the River Cottage founder, Hugh Fearnley-Whittingstall, has enjoyed having more time to tend to his crops during the pandemic, and also took the opportunity to add three farm animals to the fold.

“During the beginning of the spring [last year], we decided to get some goats. We got a nanny for milking and two wethers, which are castrated male goats. We reared the boys for meat and we got some lovely milk every day. We made goat kefir and we actually made some lovely goat’s cheese from the kefir, which was really delicious.”

Stirring up batches of gut-boosting fermented drinks like kefir and kombucha, the writer and broadcaster is practising what he preaches in latest book, Eat Better Forever, which sets out seven principles of a healthy diet, rather than offering a single quick-fix solution, as health gurus often do.

“Newspapers love to jump on a food story or a diet story or a food health thing, and it’s blown up into the new thing or the latest thing,” Fearnley-Whittingstall says. “Sometimes those things are misleading.”

The author realises that adhering to seven tenets – which include eating a varied diet, as many whole foods as possible, feeding your gut and reducing refined carbs – may not be feasible for everyone, so suggests picking “the ones that you think make sense to you and are going to work for you. The whole point is not to pin everything on a single approach,” he adds.

The final chapter makes the case for mindful eating, something the 55-year-old admits he’s struggled with in the past.

“I’d be happily thinking about other things, while tucking into crisps or eating a sandwich on a shoot, or automatically popping the cork when I get home from work in the evening.

“I’ve learned to manage that by always being more thoughtful – well, not always, because goodness knows this is not about perfection. It’s about being in touch with your thinking about your eating, and therefore about the eating itself.”

Likewise, while the broadcaster has found that intermittent fasting (reducing one’s calorie intake on certain days) has helped him lose weight, he recognises it’s not for everyone.

“If I’m dashing about making a programme, or I’m on my feet all day, if I don’t have something to eat fairly soon in the morning I’m a bit stressed and a bit grumpy,” he says.

“Whereas I find I actually enjoy fasting a little bit when I’m having a quieter time. So I’ve been able to do that quite a bit recently.”

‘Go whole’ – eating more whole foods – is the first principle of the Eat Better Forever approach. After a TV project slated for shooting was postponed, Fearnley-Whittingstall spent most of 2020 at home in East Devon with his wife Marie and four children (Chloe, 24; Oscar, 21; Freddy, 17; and Louisa, 10).

“It was tense at times because all the kids, including the grown-up ones, were at home for at least the first three months, and that doesn’t normally happen these days apart from Christmas.”

With the River Cottage cookery school and restaurants forced to close due to restrictions, he says the business side of things has been “really tough. We’ve decided not to reopen one of our restaurants, which is really sad.”

But he’s trying to look on the bright side: “At a personal level, I have to say elements have been really amazing. I’ve had an amazing time at home with the family, growing [vegetables] and cooking and walking, looking after the goats.

“I’ve made a bunch of recipes, which my son Freddy filmed and we put up as a part of the River Cottage Instagram – stuff like that to keep people engaged and keep in contact with our supporters through these strange times.”

When the great flour shortage of 2020 hit, the cook got to work coming up with a baking alternative.

“It was quite a nifty recipe for chickpea cookies, which seemed to go down quite well, and I still make them because they’re actually really delicious.”

Identifying a gap in his botanical knowledge, he set about photographing wildflowers on his daily walks in the Devonshire countryside.

“For a couple of months, I was doing a daily wildflower tweet on my Twitter feed, which people seemed to like. I’ve photographed and identified over 170 wildflowers all within two miles of my front door. So that was quite fun.”

Now, with a smidgen of hope (dare we say it) potentially on the horizon, Fearnley-Whittingstall wants to use the opportunity to keep on doing the things that have brought him joy during this turbulent time.

“Probably there are lots of people who do want to get back to just how things were – and that definitely applies [for me] – to seeing friends, spending more time with my mum and dad, stuff like that,” he says.

“There are other things that are very special, and I’m keen to take them along into the post-lockdown world.”