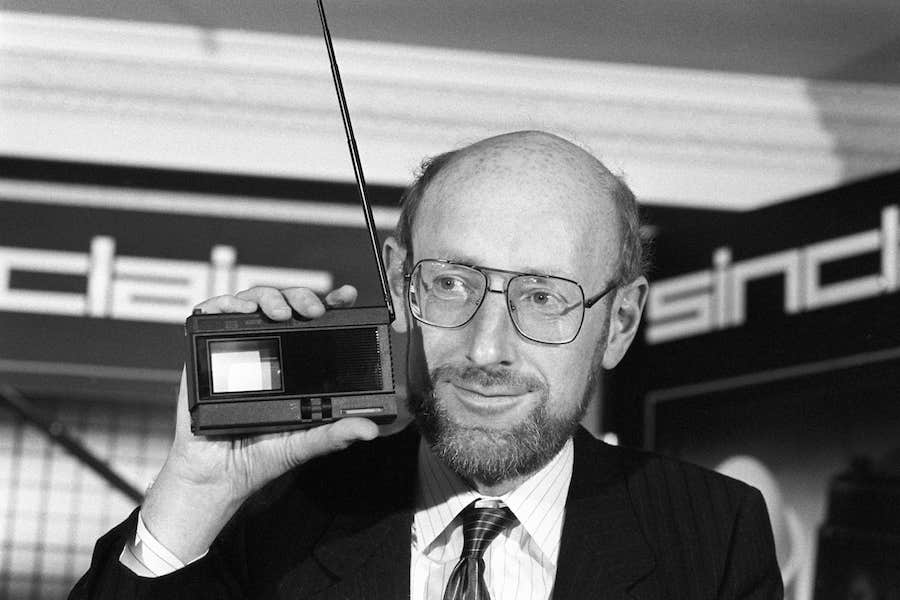 The multimillionaire entrepreneur launched the first affordable consumer computer in 1980

Home computing pioneer Sir Clive Sinclair has died at the age of 81, according to reports.

His daughter Belinda Sinclair told the Guardian that the pocket calculator trailblazer and the brains behind the Spectrum home computers died at his home in London on Thursday morning.

The multimillionaire entrepreneur’s company launched the ZX models in a decade where personal computer use boomed.

Sinclair became the first company in the world to sell more than a million computers, making Sir Clive’s surname a household word.

Ms Sinclair told the BBC that her father had cancer for more than a decade and was still working on inventions up until last week “because that was what he loved doing”.

“He was inventive and imaginative and for him it was exciting and an adventure, it was his passion,” she told the broadcaster.

Speaking to the Guardian, she said: “It was the ideas, the challenge, that he found exciting.

“He’d come up with an idea and say, ‘There’s no point in asking if someone wants it, because they can’t imagine it.’”

A man of diverse interests, Sir Clive’s projects also saw him explore new technology in the worlds of television and cars.

One ill-fated initiative was the Sinclair C5 vehicle, an electric tricycle heralded as the future of eco-friendly transport but which turned out to be an expensive flop.

Later in life he pioneered the pocket calculator and was dubbed an “electronics wizard”.

Other ventures included expansions into digital watches and the development of the world’s smallest television set.

It was with another company, Sinclair Research, that Sir Clive found his home computing successes as he faced off against international competition.

The ZX 81 computer launched in 1981 sold half a million and was followed up by more powerful models.

He tweeted: “For someone whose first glimpses of a brave new world were the terrifying graphics of 3D Monster Maze on the ZX81, I’d like to salute tech pioneer Sir Clive Sinclair.

“He made 21st Century dreams feel possible. Will bash away on the rubber keys of a Spectrum in your honour. RIP.”

Tom Watson, former deputy leader of the Labour Party, tweeted: “This man changed the course of my life.

“And arguably, the digital age for us in the UK started with the Sinclair ZX80, when thousands of kids learnt to code using 1k of RAM. For us, the Spectrum was like a Rolls Royce with 48k.”

Sir Clive was knighted in the birthday honours in 1983.

His daughter told the BBC that he was a devoted grandfather to her three children who had helped care for him in recent years.