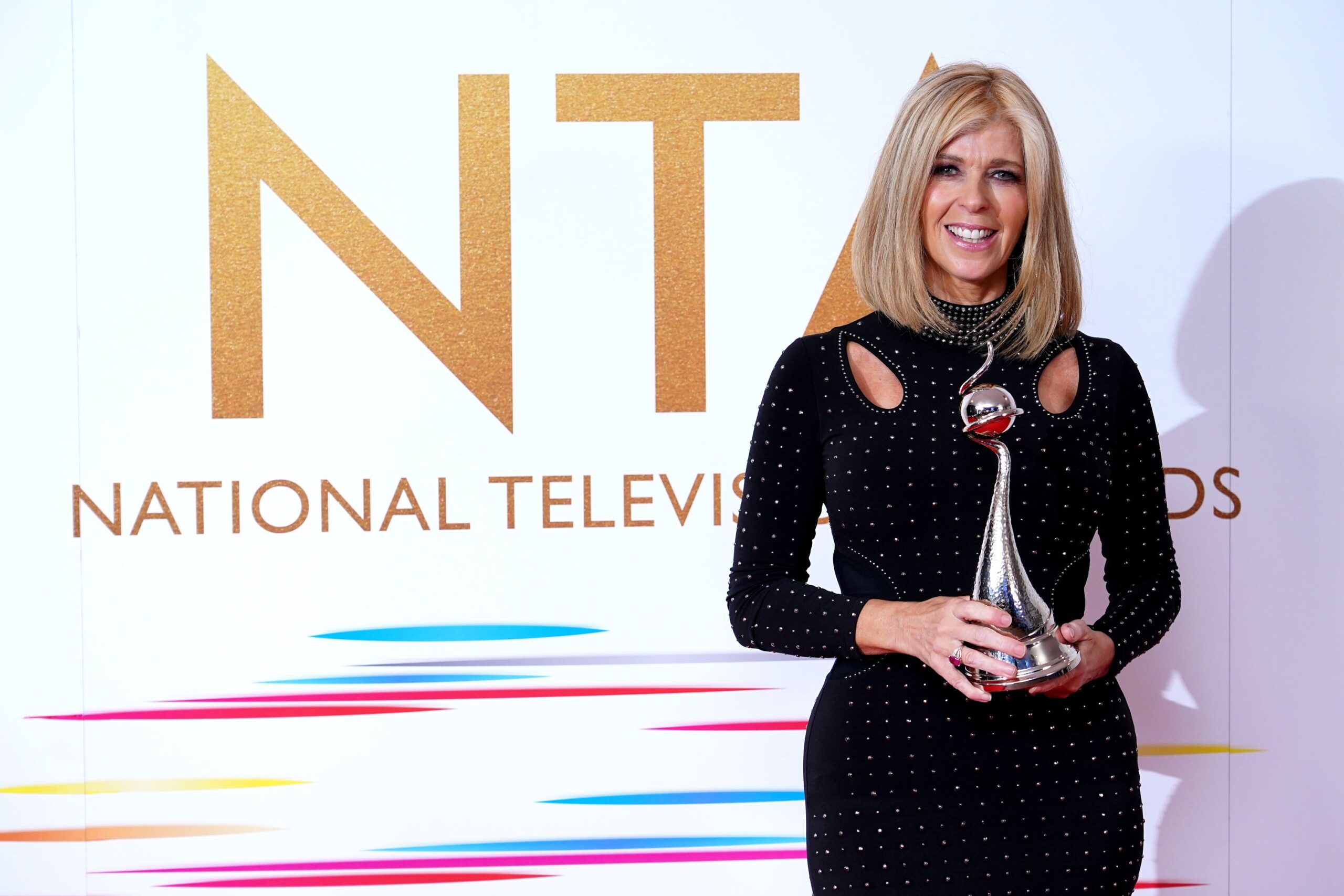 The Good Morning Britain presenter was announced as the winner of the National Television Awards prize during Thursday’s ceremony.

Kate Garraway has shared a thank you message after she won the authored documentary prize at the National Television Awards for her programme Finding Derek.

The documentary, which showed the Good Morning Britain presenter’s family life while her husband Derek Draper spent a year in hospital after contracting coronavirus, was named as the winner of the prize during the ceremony on Thursday.

Garraway, who said she has been in an “emotional daze” after her win, has been congratulated by a number of her past and present Good Morning Britain colleagues, including Piers Morgan, Susanna Reid and Charlotte Hawkins.

On Friday, Garraway shared a photo of herself video calling her husband, a former political adviser, to tell him she had won the award.

Draper has returned to their family home after his stay in hospital and has been reunited with Garraway and their children Darcey and Billy.

Writing on Instagram, Garraway said: “Wow. Thank you so so much. Have been in such an emotional daze all night I failed to get a single photo of me or the brilliant @flickerproductions team who made #findingderek @theofficalntas !!

“But maybe this is the photo you most wanted to see anyway – Me FaceTiming derek (via Darcey’s phone!) to tell him we had won!

“From him and from the bottom of our family’s hearts THANKYOU. For all who are struggling on and holding on to hope – this is for you.”

Garraway returned to television screens on Friday as she hosted Good Morning Britain.

She updated viewers on Draper’s condition, saying: “He’s free of the virus and has been for a long time, but the damage that it has inflicted to his organs, to his body, from the top of his head to the tip of his toe, means that even though, thank goodness, he’s still with us and now at home, the recovery is very, very slow.”

She added: “It has been very, very tough and of course it was bittersweet last night because he wasn’t well enough to come.”

Hawkins shared a photo of her on the set of Good Morning Britain with Garraway on Friday.

Alongside the image, she wrote: “We are all so hugely proud of her, it’s massively well deserved for her documentary #FindingDerek.

“So much love this morning for this brilliantly brave lady.”

Reid added: “Huge congratulations to my amazing friend @kategarraway for winning the NTA for Finding Derek.

Morgan, who left Good Morning Britain earlier this year, added: “Love her. Congrats ⁦@kategarraway – one of the bravest most inspiring people I’ve ever known.

“People have no idea of the true hell she’s going through because she’s always putting others first & never complains.

“Just pray her Derek comes out the other side.”