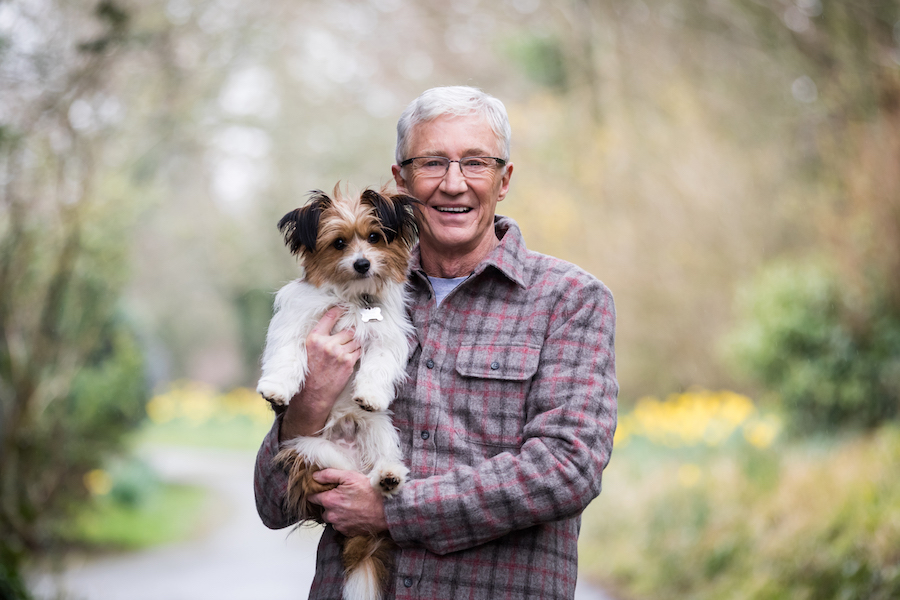 He lives with his husband, ballet teacher Andre Portasio in a farmhouse in Kent, along with his menagerie of animals, including four dogs, goats, sheep, chickens and barn owls. During lockdown, he wrote his debut children’s book, Eddie Albert And The Amazing Animal Gang.

Both his parents died young from heart problems – his father when O’Grady was in his late teens and his mother when he was 33. His cousin Maureen died earlier this year.

“Maureen was only four years older than me and she went to bed and didn’t wake up,” he reveals.

Do you feel like it’s a ticking time bomb?

“No, I refuse to let myself think anything like that. And I refuse to sit on the sofa watching daytime telly, counting tablets. You get people who give up and I get so annoyed. I think, ‘Don’t be silly, you’ve been given a second chance or a third or a fourth chance, so use it’.”

Are you on a lot of tablets?

“Oh God, I’m going to have a childproof lid on my coffin! But taking tablets is no hassle. It’s five seconds of your life.”

How else do you look after your heart?

“I’m active. Living down here with animals, I do a lot of walking. I don’t go to a gym or anything like that. Anyway, you’re not supposed to lift weights if you’ve got heart trouble. That’s my excuse and I’m sticking to it. I’m quite sensible.”

How do you keep stress levels down?

“I’ve learned tolerance over the years. Or I’ll get on the phone to a friend and we’ll have a good rant – and it does us both good. Letting off steam is better than holding it in, provided you don’t get too agitated.”

How did you find lockdown?

“I didn’t handle this year’s lockdown well, particularly January and February, because the weather was so cold. It was like being trapped in an Ingmar Bergman film. It was miserable and I was desperate to go away. I wasn’t depressed, but it was tough. We still haven’t booked anything, but I will.”

Did you feel safer after being double-jabbed?

“No! When I went to the supermarket you’d have thought I was going up the Gaza Strip, the way I was carrying on, with the mask, a good squirt of the hand gel, standing in line. In the early days, everybody I spoke to was absolutely terrified of going into the Post Office! But things are getting better.”