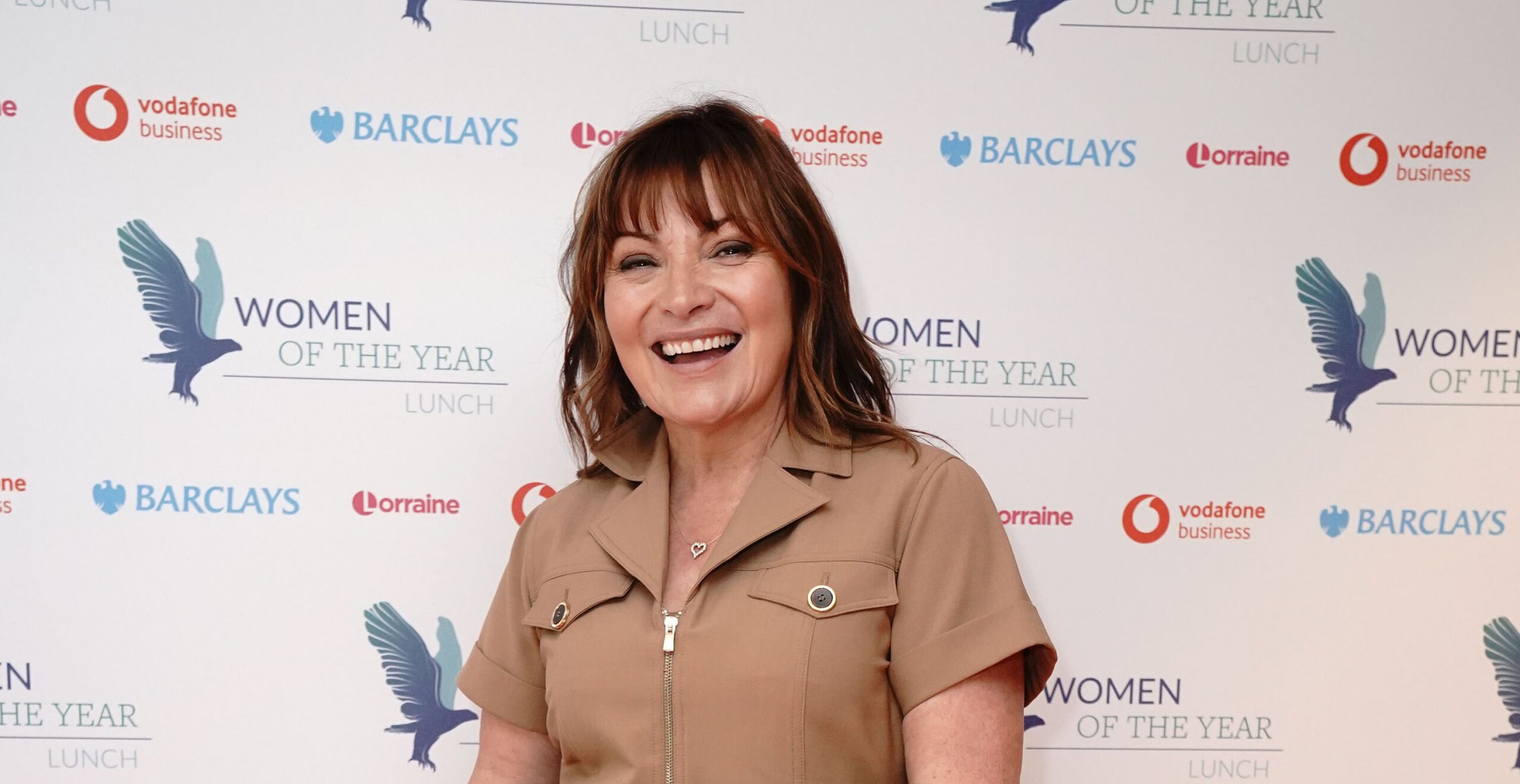 The TV presenter tells us why breaking the menopause taboo and empowering women is a cause so close to her heart.

Lorraine Kelly is recalling a holiday in Spain with her husband around a decade ago, when she really wasn’t feeling herself.

“We were sitting in the sun, we were having a lovely lunch, we were going to meet friends later – and I was just so miserable and couldn’t feel any joy. I was joyless,” the famously lovely and upbeat TV host reflects.

“That’s what it was, joyless. My husband said, ‘This is not you, is anything bothering you, what are you worried about?’ – because he’s great, I can talk to him about anything, and I said, ‘I honestly don’t know’.”

Soon after, it did click into place – Kelly was going through menopause. The hormone changes that occur during this phase can affect women very differently, causing a host of physical and mental symptoms of varying severity. While things like hot flushes are well known, often the effects of menopause can creep up on people in much less obvious ways.

“For me, it really manifested in just feeling flat, no joy in anything, it was really strange,” says the Glasgow-born presenter. “As soon as I got HRT, my husband said, ‘I’ve got you back’. I’d got myself back, that’s how it felt; it was amazing.”

Kelly has teamed up with Always Discreet on their new campaign, seeking to redefine our understanding of menopause and empower women to live it ‘their way’. The brand recently surveyed 1,000 UK women – more than half agreed menopause is so much more than ‘when your periods stop’ (how it’s currently defined in the dictionary).

Many said they felt unprepared, with 30% saying they wish they’d been more educated about what to expect, and 35% wishing it was more openly discussed. “It does sort of creep up and take us by surprise. Lots of women go, ‘Yeah, we know it’s coming but we don’t really know what it’s all about’. We need to feel better prepared,” says Kelly.

This includes talking about the positive aspects, she says: “We do tend to focus on the negatives a lot, but there are positives as well. That freedom from having your period every month. And it’s just another phase of life, really. More women are living longer and living better lives, which is fantastic. I’m nearly 62 now and I honestly do feel in my prime, I really do. And it’s great, there’s so many more opportunities now.

A post shared by Over The Bloody Moon (@overthebloodymoon)

“I think there was this stigma that women had the menopause and then you’re over the hill,” Kelly adds. “I might as well have a wee grey perm and get a big coat and get a tartan trolley, you know? It’s not like that, women in their 40s, 50s, 60s and beyond are vibrant and have things to say and want to be heard.”

The negatives though – not just the symptoms but the accompanying distress and isolation of dealing with them unsupported, and the further impact this can have on women’s relationships, working lives and general enjoyment – are important.

Kelly says her eyes were opened when they first did a menopause special segment on her eponymous ITV show about five years ago. “We found it astonishing, the reaction we got from so many women, and men as well whose wives and partners were going through it – saying thank you for doing this, and for helping me realise I wasn’t actually suffering from some sort of mental illness, because it can feel like that sometimes.

“Everybody’s menopause is different; I think it’s really important to talk about how different it can be for everyone too,” Kelly adds. “You’ve got women who suffer tremendously, you’ve got some who more or less sail through it, like my mum, and then you’ve got women who are absolutely crippled by it and it takes over their whole life. I don’t want any women to suffer like that – not when there is so much help and advice out there. It’s just so sad that some women are not getting the help they need.”

Once she knew menopause was causing her mood symptoms, and that treatment was available, Kelly says the effects were transformative. “I know there was a lot of controversy around HRT, but it’s about getting your facts and figures and weighing it up. For me, the benefits absolutely outweigh the risks and it has been life-changing, absolutely life-changing,” says Kelly, who currently has HRT via patches and a cream.

HRT is just part of the picture of course – although potentially an incredibly important one. But making informed treatment decisions of any kind starts with awareness and a culture that encourages these conversations, both outside and inside healthcare settings. “You have the situation as well, sadly, where women present to their GP with symptoms, and if you’re like me where it was mainly about how you’re feeling in your mind, sometimes that can be misdiagnosed as anxiety, and women may be prescribed antidepressants when they should be getting HRT,” says Kelly.

“It’s all about being informed and finding out what works for you, having a different look and redefining what it’s all about – and claiming it as well. I’m happy there are now women like Davina McCall and Ulrika Jonsson, all these glorious women who’ve come out and said, ‘Yeah I’ve gone through that, it’s fine! I did this and this and this…’.”

Because that’s ultimately what it’s about. Nobody wants to focus on the doom and gloom of the health challenge of menopause for the sake of it – it’s about empowering women with knowledge and permission to seek the treatment and support they need, and ensuring they receive it.

A post shared by Over The Bloody Moon (@overthebloodymoon)

Kelly cites Over The Bloody Moon, who’ve also teamed up on the Always Discreet campaign, as a great source of reliable information. The online community and resource, featuring a team of clinicians and menopause specialists, runs masterclasses alongside a range of tools, personal blogs and a podcast.

“We’re in a lot better place than we were five years ago, certainly 10 or 15 years ago,” says Kelly – and she’s hopeful things are improving. “When I was growing up, my mum didn’t talk to me about it at all. You just didn’t talk about it, it was just ‘the change’, all very hush-hush. But certainly, I’m having those conversations already with my daughter, so that she is prepared,” adds Kelly, mum to Rosie Smith, 27.

“This generation that’s coming up after us are amazing anyway, they ask questions, they’re curious, they want to know about things, they’ve got the internet which is brilliant and of course I didn’t have. And all of that – slowly, slowly – makes it less of a taboo. And that’s what we want.”

Four things that could be causing your thinning hair
JOIN SILVERSURFERS AND...